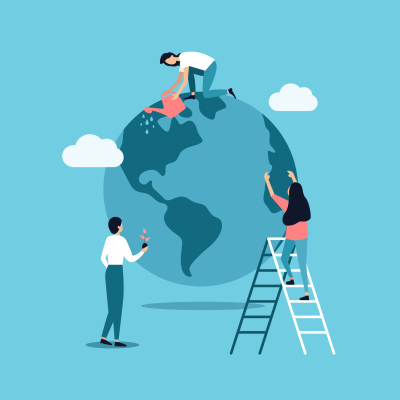 When Hampus Jakobsson, Heidi Lindvall and Joel Larsson, all well-known players in the European venture ecosystem, began talking about their new firm Pale Blue Dot, they began by looking at the problems with venture capital.

For the three entrepreneurs and investors, whose resumes included co-founding companies and accelerators like The Astonishing Tribe (Jakobsson) and Fast Track Malmö (Lindvall and Larsson) and working as a venture partner at BlueYard Capital (Jakobsson again), the problems were clear.

The three young investors hit on climate change as the core mission, and ran with it.

As it was closing on €53 million ($63.3 million) last year, the firm also made its first investments in Phytoform, a London headquartered company creating new crops using computational biology and synbio; Patch, a San Francisco-based carbon-offsetting platform that finances both traditional and frontier “carbon sequestration” methods; and 20tree.ai, an Amsterdam-based startup using machine learning and satellite data to understand trees to lower the risk of forest fires and power outages.

Now they’ve raised another €34 million and seven more investments on their path to doing between 30 and 35 deals.

The team expects to be primarily focused on Europe, with a few opportunistic investments in the U.S., and intends to invest in companies that are looking to change systems rather than directly affect consumer behavior. For instance, a Pale Blue Dot investment likely wouldn’t include e-commerce filters for more sustainable shopping, but potentially could include investments in sustainable consumer products companies.

The size of the firm’s commitments will range up to €1 million and will look to commit to a lot of investments. That’s by design, said Jakobsson. “Climate is so many different fields that we didn’t want to do 50% of the fund in food or 50% of the fund in materials,” he said. Also, the founders know their skillsets, which are primarily helping early-stage entrepreneurs scale and making the right connections to other investors that can add value.

“In every deal we’ve gotten in co-investors that add particular, amazing value while we still try to be the shepherds and managers and sherpas,” Jakobsson said. “We’re the ones that are going to protect the founder from the hell-rain of investor opinions.”

Another point of differentiation for the firm are its limited partners. Jakobsson said they rejected capital from oil companies in favor of founders and investors from the tech community that could add value. These include Prima Materia, the investment vehicle for Spotify founder Daniel Ek; the founders of Supercell, Zendesk, TransferWise and DeliveryHero are also backing the firm. So too, is Albert Wenger, a managing partner at Union Square Ventures.

The goal, simply, is to be the best early-stage climate fund in Europe.

“We want to be the European climate fund,” Lindvall said. “This is where we can make most of the difference.”