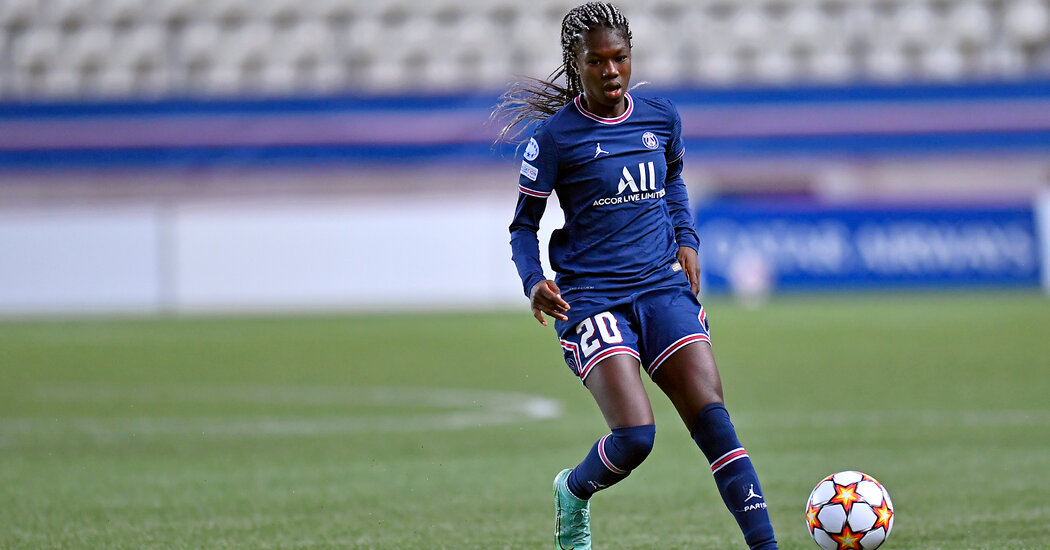 The police in France arrested a member of the Paris St.-Germain women’s soccer team on Wednesday as they looked into accusations she was involved in a premeditated attack on a teammate who was struck in the legs by masked men wielding metal bars.

The club said the player who was arrested, midfielder Aminata Diallo, was taken into custody as part of the investigation of an attack on its players last Thursday. P.S.G., which secured its first championship this year, did not provide further details of the incident, or name the players that had been attacked.

The arrest of Diallo, 26, arrest took place one day after she replaced her injured teammate Kheira Hamraoui in P.S.G.’s midfield for its Champions League game against Real Madrid. Hamraoui, a 21-year-old signed from Barcelona before this season, is recovering from injuries to both her legs and her hands sustained in the attack, which took place after a team dinner.

Hamraoui had accepted a ride home from Diallo after the meal. As they were driving, the car was stopped by two men, according to a person with knowledge of the situation, who confirmed details first published by the sports newspaper L’Equipe. The women were pulled out of the vehicle, the person said, and while Diallo was held by one of the assailants, Hamraoui was assaulted.

“Paris St.-Germain is working with the Versailles Police to clarify the facts,” the team said in a statement. “The club is paying close attention to the progress of the proceedings and will study what action to take.”

The incident and the accusations immediately evoked memories of the 1994 attack on the figure skater Nancy Kerrigan, who was attacked with a police baton at that year’s United States championships in a plot orchestrated by the ex-husband of a rival skater, Tonya Harding.

After Kerrigan was forced to withdraw from the championships, Harding won to claim a place on the 1994 U.S. Olympic team. Kerrigan was later named to the team despite failing to qualify and won the silver medal. Harding, who has long denied being involved in the attack but pleaded guilty to hindering prosecution, finished eight.