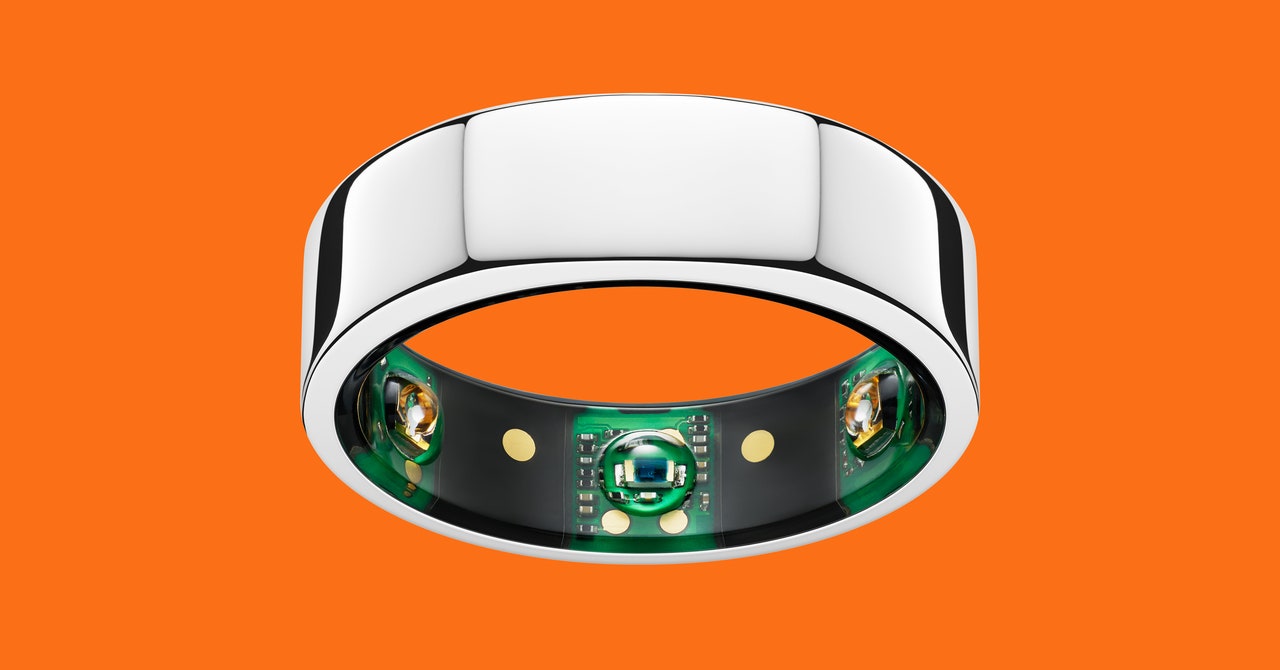 No gear reviewer is perfectly objective. It’s impossible. Even if I wanted to, I wouldn’t be able to insulate myself from the buzz around the Oura ring.

The Oura costs $299. It’s not cheap, and it, like, tracks your sleep? That’s something a lot of other wearables do. Moreover, the company cultivates a privileged mystique that I personally find off-putting. Jack Dorsey wears one! Prince Harry too. Every time I see one in the wild, I automatically assume the person wearing it is an uber-wealthy Silicon Valley biohacker who drinks six egg whites raw for breakfast and takes ice baths.

It was surprising—to me, at least—that this relatively expensive ring became one of the wearables of choice to detect Covid-19 before people became symptomatic. Earlier this year, researchers from UC San Francisco used the ring to try to predict Covid-19 in health care workers. The NBA and WNBA purchased the ring by the thousands for their players. Even Nascar is using Oura rings for drivers and staff.

I was prepared to hate the Oura. But after wearing it for a month, I now acknowledge that things rich people like are very nice. It’s not exactly a fitness tracker, but rather a small, smart, and most of all convenient health tracker that monitors vital signs few others do.

Party All the Time

First, the most obvious difference: You wear the Oura on your finger instead of on your wrist. I’m really happy I was able to get rid of my deep, permanent, burned-in watch tan. Oura sends a sizing kit and asks you to wear a fake ring on your finger of choice for 24 hours, because your fingers swell when you work out or sleep.

And even after you get the real ring, you need to be patient. It needs to be on your finger for at least two weeks to better understand your baseline metrics. There are two infrared LED sensors, two negative thermal coefficient body temperature sensors, a 3D accelerometer, and a gyroscope—that’s a lot of sensitive sensors for such a tiny package.

Rather than bombard you with raw data, the Oura measures deviations from the norm. This is a smart and digestible way to check your biometrics. For example, some people might find it alarming to see a heart rate spike to 180. But mine does that normally when I’m trail running (or when I read something particularly awful on Twitter). You can click through the companion app to check all of the data, including sleep stages, steps, heart rate, body temperature deviation. But it gets boiled down into three separate metrics when you open the app: your activity goal progress, your readiness, and your sleep score.

Readiness is a metric that’s unique to Oura. Like Garmin’s Body Battery, it takes into account factors like resting heart rate, respiratory rate, activity levels, and sleep to tell you just how, er, ready you are to tackle your day. But rather than comparing your metrics to the general population, it measures deviations from your own baseline.

The Oura is a ring, so unlike any of the other fitness trackers I’ve tested, you’ll need to check your stats on a smartphone. You can’t swipe through your stats on a screen or, like, project them on a wall when you wake up. I’ve worn a watch for too long now; I made it through three days before I put my Apple Watch back on.

I use my hands a lot. In the course of any given day, I haul heavy bags and crack chicken sternums. Wearing a hard ring hurts! I don’t even wear my wedding ring, so at first I was constantly tucking the Oura safely away, grumbling hypocritically about white-collar workers who sit and type all day.

But I soon grew to appreciate how otherwise unobtrusive the Oura is, and its unique algorithm. Most wearables take your metrics and calculate your fitness on any given day without taking into account your past history. I generally take care of myself, so it can feel like a special kind of admonishment to wake up and find that I have a Body Battery measurement of 8 out of 100 from one night’s worth of pandemic sleep.

It took me a while to adjust from scrutinizing each day’s data to looking at general trends. When a bad night’s sleep didn’t immediately throw off my sleep score, I asked Oura CEO Harpreet Singh Rai about it. He reminded me that the baseline from the past two weeks matters more than one cocktail on one night—a useful reminder for more reasons than one.

The Oura’s sensors are remarkably accurate. It didn’t detect Covid-19, but it did accurately detect when my body temperature fell right before my period started—a temperature drop that is so slight that most women use ultrasensitive, specialized basal body thermometers. It’s been used in medical studies to track hormone changes in women, which is quite an upgrade from having to manually plug that data into a Garmin or Fitbit.

And unlike the Apple Watch Series 5, the battery lasts longer than a day. I didn’t quite get the touted week without recharging. But even so, five-day battery life means I can wear the ring overnight several times, making it a much more useful sleep tracker. Unlike Fitbit, Oura doesn’t charge you extra for a subscription for extra insights or features in the app.

Not a Disease Detector

I want to note that the Oura—and any wearable fitness device, really—can’t give you a push notification saying you have Covid-19. The NBA and WNBA aren’t relying on the data but are instead combining those results with daily swab testing. The UCSF study (in which I participated while wearing the ring) also combines the results with a daily self-reported symptom questionnaire.

This is especially important, since a huge proportion of Covid-19 cases may be asymptomatic or extremely mild. If you’re concerned you’ve been exposed, you’re still going to have to drive to a testing site to get a swab stuck up your nose. The Oura might also not be worth it if, like me, you need a watch to make sure you join meetings on time or to see activity rings close.

But even as predisposed as I was to dislike the Oura ring, I admit that it is a very smart and even fashionable health wearable, especially for women who need reminders that their period is going to start. Most of all, I appreciate the reminder that a beer or two now and again isn’t going to ruin my health. There’s still a pandemic on, and drinking a beer is the least of my worries.