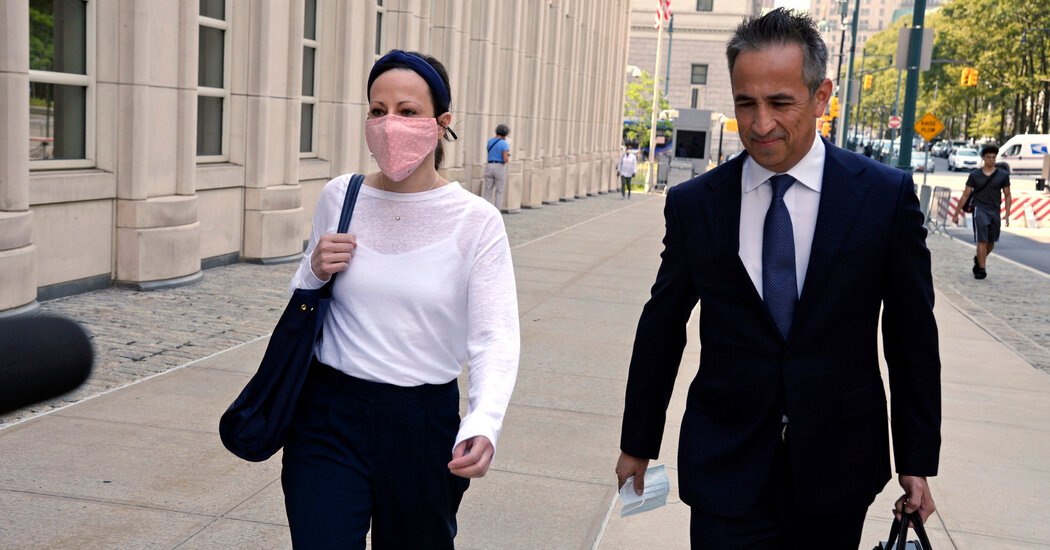 Ms. Salzman’s lawyers had asked Judge Garaufis to keep her out of prison, citing Mr. Raniere’s influence over her and her determination to start a new life, which they said has included counseling, work as a dog groomer and willingness to care for ailing relatives.

“I do not have enough tears for how deeply sad, ashamed and regretful I feel about my time with Keith Raniere and my participation in his wrongful initiatives,” Ms. Salzman, 45, wrote in a letter to the judge, adding: “I can’t even begin to imagine the pain, feelings of betrayal, feelings of violation and lasting emotional trauma that the victims have experienced.”

Speaking in federal court in Brooklyn on Wednesday, she apologized to those she had harmed, including friends who she had convinced to join D.O.S., which she had presented as a women’s empowerment group.

“There was nothing empowering about this group,” Ms. Salzman said. “There was pain, deceit, there was humiliation, control.”

Some former Nxivm members do not appear to have fully forgiven her. One, Susan Dones, read a statement in court that accused Ms. Salzman of using her position within the group “as a weapon against anyone who stood in the way of Keith Raniere.”

Another, Ivy Nevares, recorded an audio message that was played in court. Ms. Nevares said that Ms. Salzman had been her best friend for nearly 17 years but had not helped her when she was subject to forced labor within Nxivm.

“She groomed me to feel safe in the presence of a predator and his vicious pack,” Ms. Nevares said. “She used her position and skills to try to force me to accept my exploitation and to do so with a smile.”