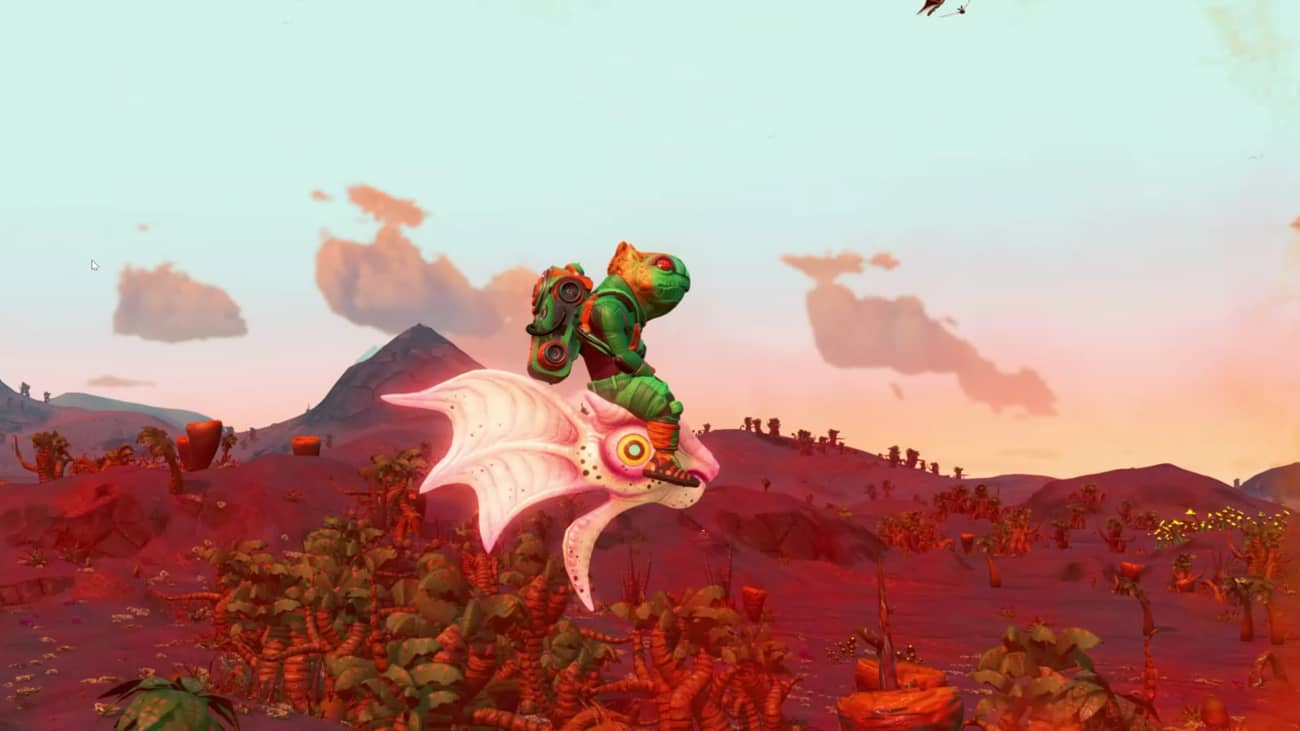 Hello Games has made a habit of dropping massive updates for No Man’s Sky fairly frequently. The 3.5 patch, which is called Prisms, brings a visual overhaul to the space exploration sim along with some gameplay changes. The update adds new texture effects, biome detail, skies, reflections and warp effects, along with enhanced lighting, rain and particle effects.

The game now harnesses colored and directional volumetric lighting to add some atmosphere, including to Sentinel drone searchlights and spaceship headlights as well as the glow of bioluminescent flora. The Exosuit torch, meanwhile, now has dynamic brightness.

Caves and subterranean biomes have improved lighting and more detailed and diverse environments, while parallax occlusion mapping technology brings increased depth and definition to flat surfaces. You can also expect to see refractions and more stars in space and night skies.

NVIDIA recently announced support for its DLSS technology in No Man’s Sky, including when playing in virtual reality. The patch enables the feature for PC users with a compatible RTX graphics card.

As for the gameplay, there’s a wider range of creatures that you can adopt as rideable pets, including flying critters. Photo mode has enhanced depth-of-field quality and improved controls, including manual control over bloom settings. Tracks you create with the Bytebeat Synthesizer can be added to a library and used as a custom soundtrack while you explore. You can share your creations with other players as well.

A new terminal in the Space Anomaly’s blueprint research area offers recipes for crafting if you fork over enough nanites, one of the currencies in No Man’s Sky. There are some quality of life upgrades, too, including an icon that appears when items are added to an inventory. The Prisms update is available on all platforms starting today.