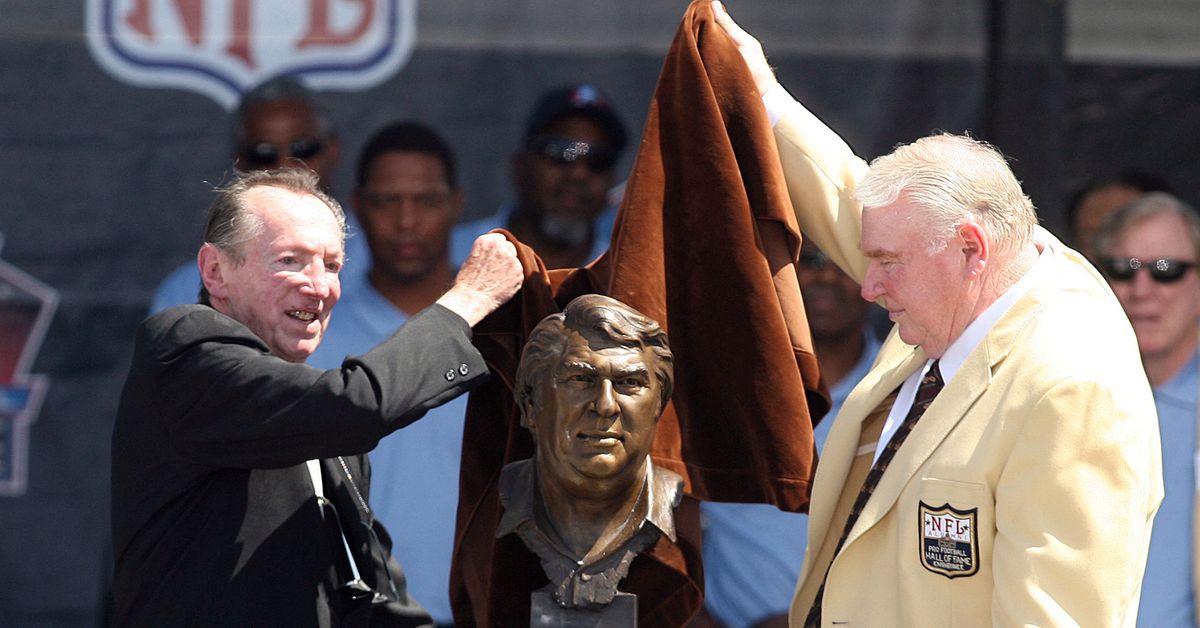 Oakland Raiders team owner Al Davis (L) and former Raiders head coach John Madden unveil the bust of Madden upon his induction into the Pro Football Hall of Fame in Canton, Ohio August 5, 2006. Davis the was the presenter for Madden. REUTERS/Aaron Josefczyk

Dec 29 (Reuters) – Following is reaction to the death of John Madden, the Super Bowl-winning coach of the Oakland Raiders. read more

“Nobody loved football more than ‘Coach’. There will never be another John Madden, and we will forever be indebted to him for all he did to make football and the NFL what it is today.”

“Few individuals meant as much to the growth and popularity of professional football as Coach Madden, whose impact on the game both on and off the field was immeasurable.”

“My heart is with you @raiders fans and I am truly sorry that I can’t reply to all of your magnificent notes – one can’t discuss Raiders history without discussing John and my heart really is with you and of course with his family and all who loved him.”

“Few approached life with the joy of legendary football coach & broadcaster John Madden. A colleague at CBS, he was a gentleman with a boisterous sense of humor. On the sidelines & in the booth, this voluble mountain of energy was a trailblazer. A golden era ends with his passing.”

“OMG the greatest analyst of all time of any sport passed today – JOHN MADDEN – In the world of TV it doesn’t get any better than Coach Madden – legend – icon & GOAT / Pls May Coach Madden RIP!”

“This is a loss that is as big as the legacy that John Madden created. A legacy of love. Love for family, for football and for life. I am not aware of anyone who has made a more meaningful impact on the National Football League than John Madden, and I know of no one who loved the game more.”

“Without question he was the best analyst the game has ever seen. As great as he was as a coach and broadcaster, he was an even better human being. There will never be another John Madden.”

“Hall of Fame #NFL coach, broadcaster, and one of the greatest ambassadors for football, John Madden, has passed away. I had the privilege of meeting him, & my heart goes out to his family, friends, & all who loved him, particularly Raider Nation.”

“Rest in Paradise To the (goat) John Madden!!!! Your legacy will continue to live on (forever)!!!!!”

“The 49ers mourn the passing of Bay Area native and football icon John Madden. He was an inspiration to so many and will never be forgotten. Our thoughts – along with those of the entire football community – are with John’s family and loved ones.”

“The Giants are saddened to learn of the passing of Bay Area sports and media icon, John Madden. We express our condolences to his family and all of those whose lives he touched. He was a Bay Area Giant.”