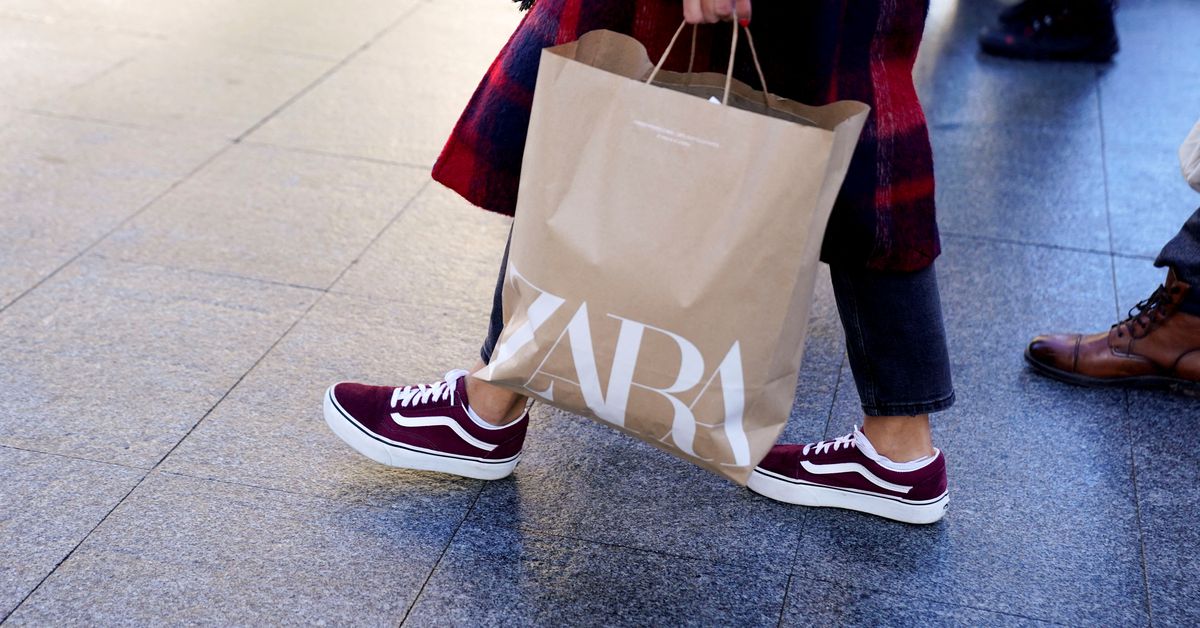 MADRID, Dec 13 (Reuters) – An experienced team of managers should smooth leadership change at Inditex (ITX.MC) next year, when the family of billionaire founder Amancio Ortega will tighten its grip on the world’s biggest fashion retailer, sources and analysts said.

Investors were rocked last month when the owner of the Zara chain said veteran executive chairman Pablo Isla was stepping down to be replaced by a CEO without retail experience and that Ortega’s 37-year-old daughter Marta would become company chair.

Inditex shares fell 6.1% on the day of the announcement, wiping around 5.6 billion euros ($6.3 billion) off its market value. Investors were worried about Isla’s departure in particular, as he has led Inditex for a decade and helped turn it into the envy of the industry. read more

However, the new leaders will be backed by a committee of managers who have been with the company for anything between 18 and 42 years, providing continuity and strong support, analysts and sources familiar with the matter said.

Two of the top ten are also family members with decades of involvement in the Zara and Massimo Dutti brands.

“The key to (these) changes is above all the creation of a management committee that will allow the family to retake the reins of Inditex after ceding part of the power to Pablo Isla for over 15 years,” said one company source.

Marta Ortega will begin her new role as Inditex’s non-executive chair in April alongside new chief executive Oscar Garcia Maceiras. Garcia Maceiras, a lawyer who has spent most of his career in banking, comes from the northern Spanish city of La Coruna where Inditex is based.

Isla, who worked for six years alongside Amancio Ortega before the company founder retired in 2011, has held executive power at Inditex for the decade since. Isla has not said what he plans to do after he leaves.

Marta Ortega’s non-executive role raised some eyebrows, but it would be wrong to read too much into her title, said Adam Cochrane, an analyst at Deutsche Bank Research.

“The non-executive Chairwoman is a common role across the industry, but given her time in the business and family connections her influence is likely to be greater in strategic and brand decisions than other chairs,” he said.

Marta, who has been working at Inditex for 15 years, had been focusing on brand image and fashion at Zara, the business which contributes 70% of Inditex’s revenues.

The younger daughter of Amancio Ortega had also been overseeing initiatives related to sustainability, and Zara’s campaigns with artists and fashion photographers such as Steven Meisel, Fabien Baron, and Karl Templer.

People who have worked with Garcia Maceiras and sources familiar with Inditex said his ability to delegate and coordinate will bring the best out of a team that managed to navigate COVID restrictions and push sales 7% above pre-pandemic levels in the second quarter, outperforming closest rival H&M (HMb.ST). read more

Four people who knew Maceiras at Spanish lenders Santander, Popular and Pastor and Spain’s bad bank describe him as hard-working, skilled at coordination, and a lover of sports.

“(Garcia Maceiras) is a team player (…) neither an investment banker nor high profile. No one should expect a major shake-up from him at Inditex,” said a source who has worked with him at a Spanish bank, asking to remain anonymous.

Adding to the sense of continuity, his predecessor as CEO, Carlos Crespo, shifts to the role of chief operating officer and will be part of the executive committee.

Inditex’s success, according to Jefferies, lies in its supply chain which allows it to pivot its fashions to customer whims in a more targeted and timely way than rivals.

The company, which also owns Bershka and Pull & Bear, manufactures over half its clothes in nearby countries such as Morocco, Turkey and Portugal, helping it avoid the worst of the supply chain snags currently hitting the sector. read more

The Spanish firm also adapted quickly to the pandemic by using its stores as logistics centres to support online demand.

Inditex will on Wednesday report third-quarter results, with sales growth expected to be up to 10% above the same period in 2019, according to notes from Credit Suisse, RBC Capital Markets and Jefferies.

Beyond riding the waves of pandemic restrictions, the new management team will need to show it can improve sales of the company’s smaller brands and respond to the threat posed by new online rivals such as China’s Shein.

Guido Stein, author and professor at Madrid business school IESE, believes the new double act will face challenges but is starting from a strong base.

“A period of uncertainty is opening up. The big advantage of all this is that Inditex’s kingdom is doing great,” he said.