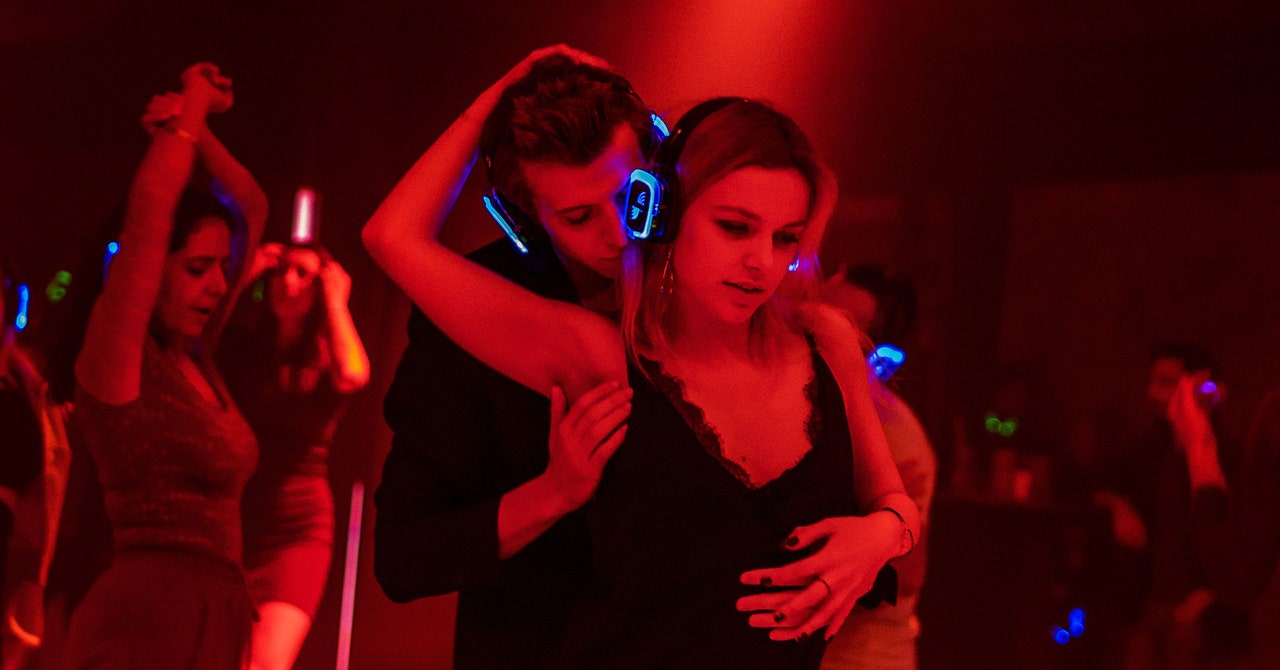 The Polish crime thriller The Hater, which just hit Netflix, is simultaneously cartoonish and way too real. It follows disgraced ex-law student Tomasz, a hollow-eyed creep who looks like a cross between Michael Cera and a Bond villain, as he attempts to win over a childhood crush by becoming a shady digital consultant tasked with destroying the progressive political candidate her family supports. He excels at deception and misdirection. After creating chaos in the Polish fitness influencer community by manufacturing a scandal involving turmeric, Tomasz slides into a digital underworld full of Islamophobic white supremacists. He becomes their phantom puppet master by way of fake social media posts and coded conversations inside of a videogame with a prospectless young white man who lives unhappily with his grandmother and is obsessed with—yes, you guessed it—guns. In summary, it reads like an extra-aware after-school special.

The movie’s history is a bit of a spoiler: Its release had to be delayed because the plot cuts uncomfortably close to a real life tragedy. At a Christmas charity event last year, Gdansk’s liberal mayor Pawel Adamowicz was assassinated onstage. In The Hater, Tomasz’s manipulations also culminate in a bloody assassination of a fictional left-leaning Polish politician named Pawel.

The film’s director, Jan Komasa, has told stories about online lives lived darkly before. While Netflix makes no mention of it whatsoever, The Hater is actually a sequel to Komasa’s 2011 movie, The Suicide Room, which is about a teenager whose life becomes a catastrophe after a video of him kissing another boy on a dare gets circulated online. You don’t need to watch The Suicide Room to understand The Hater. Their plots do not overlap. It’s more of a spiritual successor, a similar fable about society’s technological anxieties, updated for a new decade. The jury at the Tribeca Film Festival certainly found its caricature of digital disinformation campaigns compelling—The Hater was among its winners.

At times, The Hater feels tiring and overstuffed. It grinds through an awful lot of plot as Tomasz evolves from amoral-but-puppyish plagiarizing law student to Facebook troll-for-hire to orchestrator of assassination. Some of the chatter about social media seems a little stilted and oversimplified (though that could be the subtitles). Tomasz’s disinformation campaigns themselves are reduced to a cinema-friendly syrup, relying on rapid montages—yellow hands, online vitriol, a sobbing guru, gun ranges, white supremacists marching in the street—to illustrate his work. Then there’s Tomasz himself, walking a fine line between the outer reaches of professionally sanctioned, acceptable social behavior and something far more bleak. After watching him do things like bug his crush’s home and then share a flirty dance with her at a silent disco, you’re constantly on edge for signs that The Hater might be too sympathetic to its gray little monster.

Ultimately, the movie knows that Tomasz is bad and his fate is grim, but he’s still the antihero. While the details of what happens around him and what he’s able to achieve feel exaggerated, his emotional arc does feel plausible, and that’s what resonates with the viewer. Given that Netflix quietly released the movie on a Wednesday, it isn’t expecting Tomasz to become an edgelord counterculture icon in the vein of Joaquin Phoenix’s (and even Heath Ledger’s) Joker. Or maybe it’s actually that they’re nervous he will. Tomasz is certainly a representative of their dark-and-wild type, toned down just slightly for The Hater’s more realistic setting. He confines his impudent ghoulishness to cubicles and MMORPGs rather than painting it on his face. Plus, he wears long coats, and for some reason the red-pilled find that irresistible.