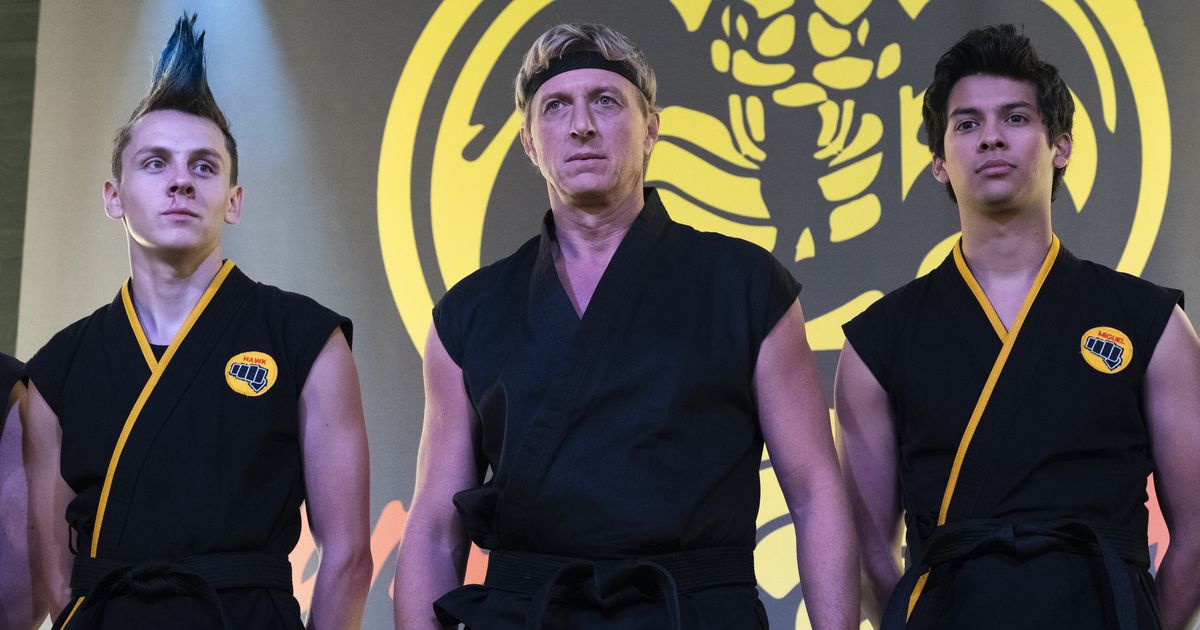 All products featured here are independently selected by our editors and writers.If you buy something through links on our site, Mashable may earn an affiliate commission.
By Brooke Bajgrowicz2021-01-05 11:00:00 UTC 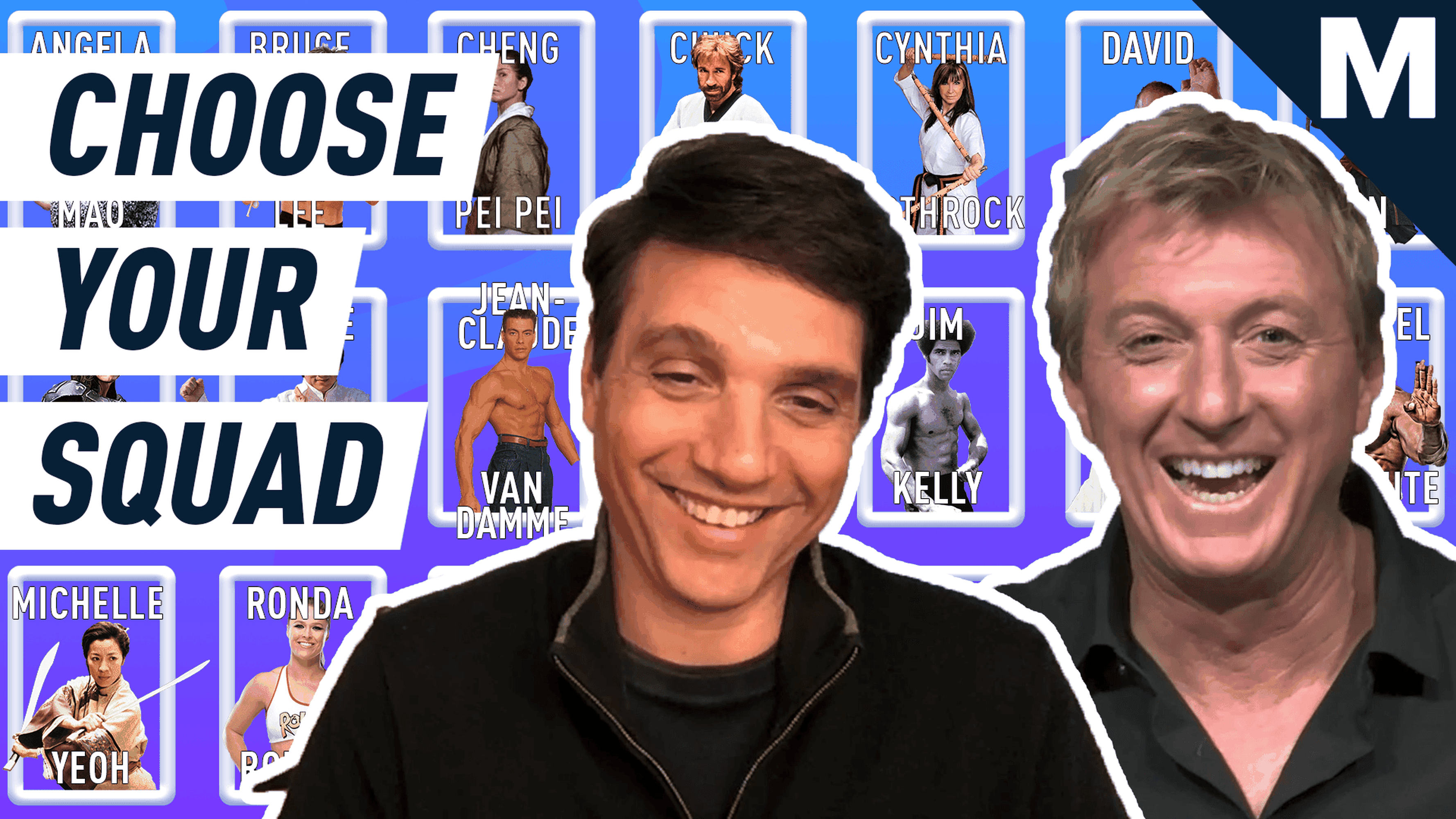 Cobra Kai‘s long-awaited third season is here to kick off the new year. And though the new episodes aren’t quite as polished as those in the preceding seasons, they’re still loaded with all the angsty energy and ’80s nostalgia that made the super-popular Karate Kid spinoff so entertaining in the first place.

Season 3 begins where Season 2 left off: Miguel (Xolo Maridueña) is in a coma at the hospital having been beaten up by Robby (Tanner Buchanan) at school, Johnny’s former sensei Kreese (Martin Kove) has taken back the Cobra Kai dojo as his own, and Johnny (William Zabka) — though mostly still down on his luck — has a message from his high school sweetheart, Ali (Elisabeth Shue), waiting for him on Facebook. This setup gives the characters a lot to deal with in Season 3. The execution of these plots is so-so.

These characters might not be as thoroughly explored this time around, but their feuds still create plenty of exciting moments.

Like in the previous seasons, Cobra Kai‘s teenagers play a big role in the overarching storyline. The first episode ups the stakes by waking up Miguel, who spends most of the season trying to rehabilitate himself after learning he might never walk again. Meanwhile, Robby goes to juvie for running away with one of Daniel’s cars, and Sam (Mary Mouser), Tory (Peyton List), Hawk (Jacob Bertrand), and their friends become embroiled in a continuing battle between the dojos.

Outside of Miguel, these characters don’t develop as evenly or as much as they did in previous seasons. Robby feels underused as he is largely separated from the show’s primary conflicts, and Sam and the gang, still unhappy with the results of the high school battle that happened at the conclusion of Season 2, are trapped in an endless circle of fights for revenge. Despite the teenagers’ minimal progression, however, they keep the competitive spirit of Cobra Kai alive and break out in random, over-the-top brawls at places like the soccer field and the arcade. These characters might not be as thoroughly explored this time around, but their feuds still create plenty of exciting moments.

If the teenagers aren’t the biggest plot-pushers in Season 3, though, who is? As it turns out, though Johnny and Daniel (Ralph Macchio) have always been at the center of Cobra Kai, they, as well as Kreese, get an even bigger spotlight in the new episodes. Like with the teens, their stories are implemented with varying results.

Daniel ends up traveling to China where he reconnects with an old flame and enemy while he searches for investors for his failing car dealership. Johnny opens a new dojo while reconnecting with Ali in a storyline that heats up very slowly only to fizzle out fast. And Kreese’s time in the Vietnam War is explored via somewhat out-of-place flashbacks.

These plots — which are loaded with references to the original movies — feel like they’re there more for the nostalgia factor than for the purpose of creating a meaningful story. In the earlier seasons, Cobra Kai offered up a bunch of high-stakes family drama that was settled with tense conclusions. Season 3 is more individualistic, with most of the characters facing personal obstacles instead of ones they must overcome face collectively. But while the new season is the least fleshed-out of the bunch, it still plenty entertaining.

Season 3 is jam-packed with the slick, eccentric humor that gives the show its iconic feel.

Season 3 is jam-packed with the slick, eccentric humor that gives the show its iconic feel. In classic Cobra Kai fashion, the most ridiculous things are always happening — from Kreese filling Danny’s car dealership with snakes to Johnny making out so intensely with a woman that the TV drops off the wall — that are difficult not to be amused by. Additionally, there are tons of fiery rock songs, cliffhanger endings, kickass action sequences, and heartfelt moments that help viewers care about these characters. And lastly, it’s impossible not to mention the wildly fun season finale that juxtaposes a giant house party battle with a chic Christmas shindig. This show sure knows how to engage, right up to its lively end.

Though I won’t spoil too much, the final episode of this season teases a coming competition that will likely keep the tension bubbling throughout Season 4. So in some ways, Season 3 is transitional as it creates backstory in preparation for the show’s biggest battle yet. Sure, maybe it could have spruced up its storylines, but it’s still a delightful, riveting addition to the Karate Kid universe.

I’m more than ready to see what punches Cobra Kai throws at us next season.