Researchers at MIT and Caltech have created a nanoengineered material that could be tougher than the likes of kevlar or steel. Made of interconnected carbon “tetrakaidecahedrons,” the material absorbed the impact of microscopic bullets in spectacular fashion.

The study, led by MIT’s Carlos Portela, aimed to find out whether nanoarchitected materials — that is, designed and fabricated at the scale of nanometers — could be a viable path toward ultratough blast shields, body armor and other protective surfaces.

The idea of tetrakaidecahedron-based materials, however, isn’t a new one. The complex 14-sided class of polyhedron (there are about 1.5 billion possible variations) was proposed by Lord Kelvin in the 19th century as theoretically one of the most efficient possible for filling space with duplicates of itself.

If many such polyhedra can be packed into a small space and interconnected, Portela and his colleagues wondered, would they act as an efficient shock absorber? Such materials had been tested with slow deformations but not powerful impacts like you would expect from a bullet or micrometeoroid.

To find out, they assembled blocks of the material by means of nanolithography techniques, baking the resulting structure until it was pure carbon. Then they shot these carbon structures with 14-micron-wide silicon oxide bullets traveling well above the speed of sound (though at these scales, the comparison is a bit quaint). 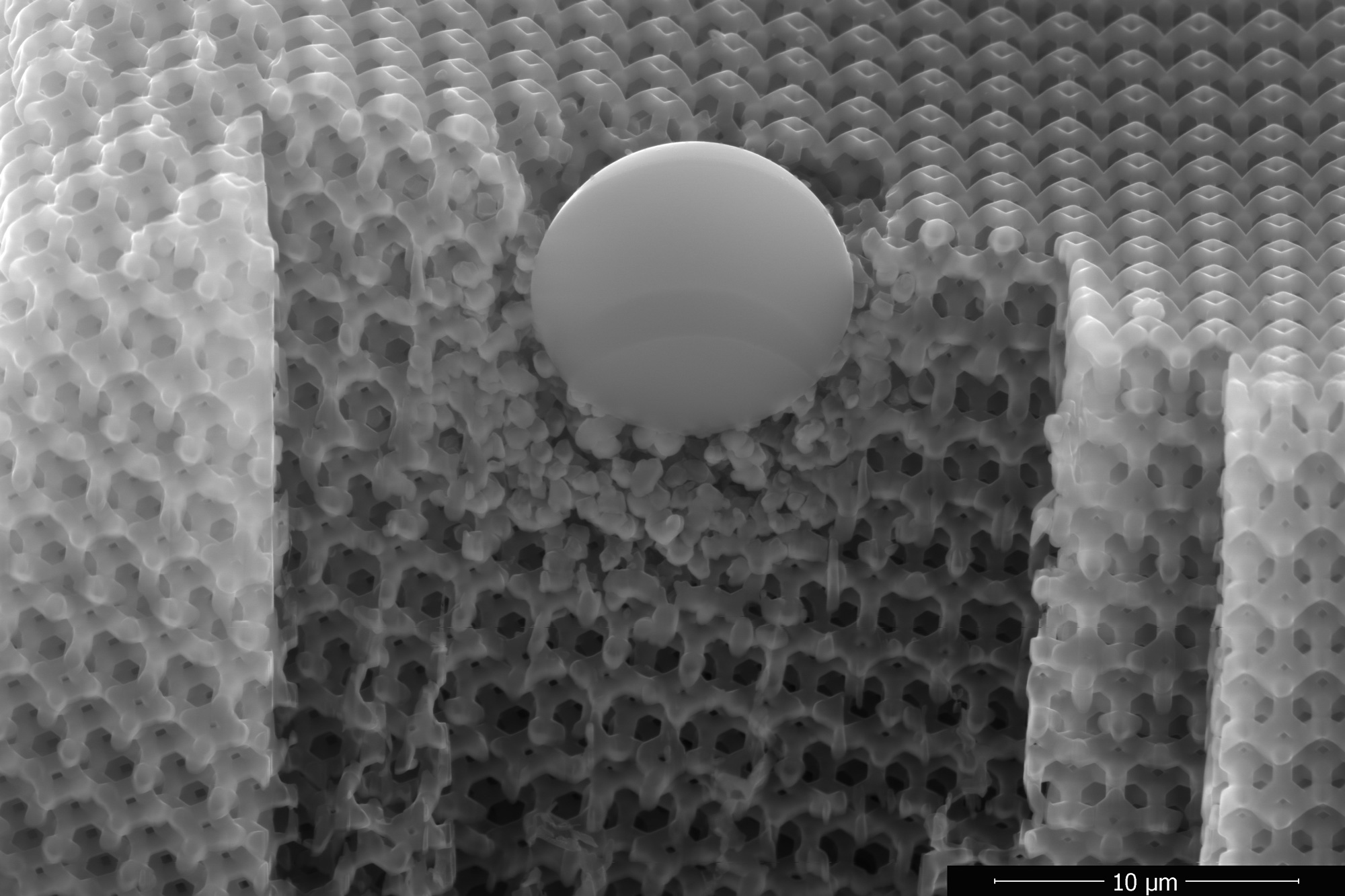 The carbon structures, especially denser ones, absorbed the impact extremely well, stopping the particle dead — and crucially, deforming but not shattering.

“We show the material can absorb a lot of energy because of this shock compaction mechanism of struts at the nanoscale versus something that’s fully dense and monolithic, not nanoarchitected,” said Portela in a news release describing the discovery. “The same amount of mass of our material would be much more efficient at stopping a projectile than the same amount of mass of Kevlar.”

Interestingly, the researchers found they were able to model the impact and damage best by using methods generally used to describe meteors impacting a planet’s surface.

This is just an initial lab result, so soldiers won’t be wearing tetrakaidecahedronal flak jackets any time soon, but the experiment definitely shows the promise of this approach. If the team is able to find a way to manufacture the material at scale, it could be useful in all kinds of industries.

The study was published in the journal Nature Materials.