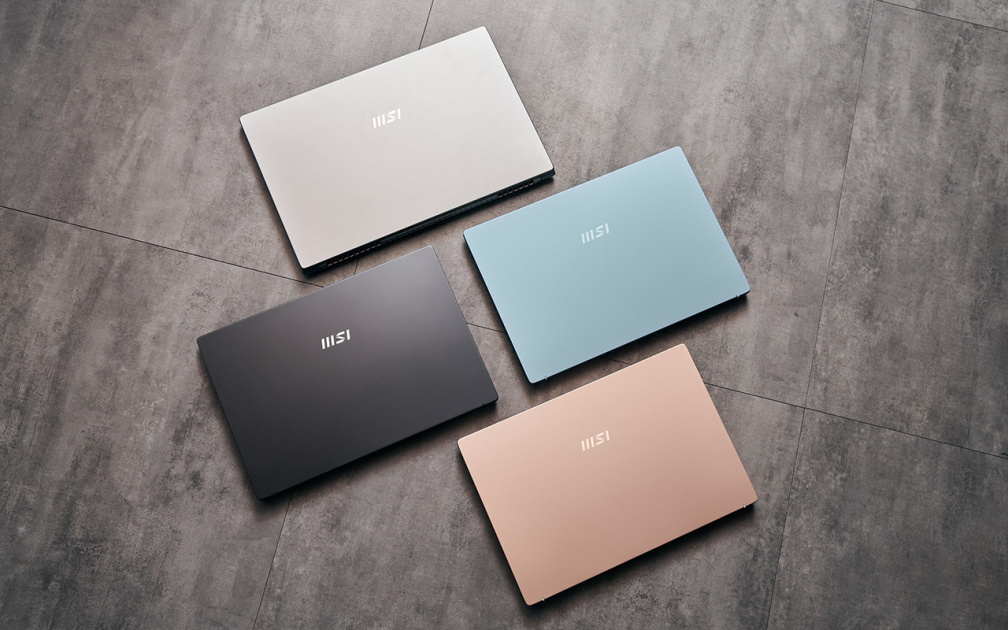 On top of that, MSI has updated its other Prestige and Modern series (pictured above) laptops. They’ll have 11th-gen Intel chips too, along with a new logo and “chic, contemporary” color options.

There’s a new gaming laptop on MSI’s slate as well, the Stealth 15M. The company claims it’s “the world’s thinnest 15-inch gaming laptop in its class” at just 0.63 inches thick, while it weighs 3.92 lbs.

Among the things MSI has stuffed into that slim frame are a PCIe Gen 4 SSD, a Thunderbolt 4 port and your choice of a GeForce RTX 2060 or GTX 1660 Ti GPU. Of course, it’ll have a Tiger Lake chip as well. The Stealth 15M starts at $1,549 and it’ll go on sale next month.

In addition, MSI has announced another product line tailored towards business use. The Summit B series and Summit E series laptops are available with 14-inch or 15.6-inch UHD or Full HD displays. The Summit E machines has a touchscreen option too, since it’s a 2-in-1 with a 360-degree flip display. As for the Summit B, MSI promises up to 10 hours of battery life on a single charge, along with Intel’s integrated Iris X graphics.

All of the Summit laptops boast Thunderbolt 4 ports and built-in AI noise cancellation, which MSI says can automatically eliminate background noise during virtual meetings. They have several security features too, including facial recognition, a fingerprint reader, an SD card lock and TPM 2.0 chips.