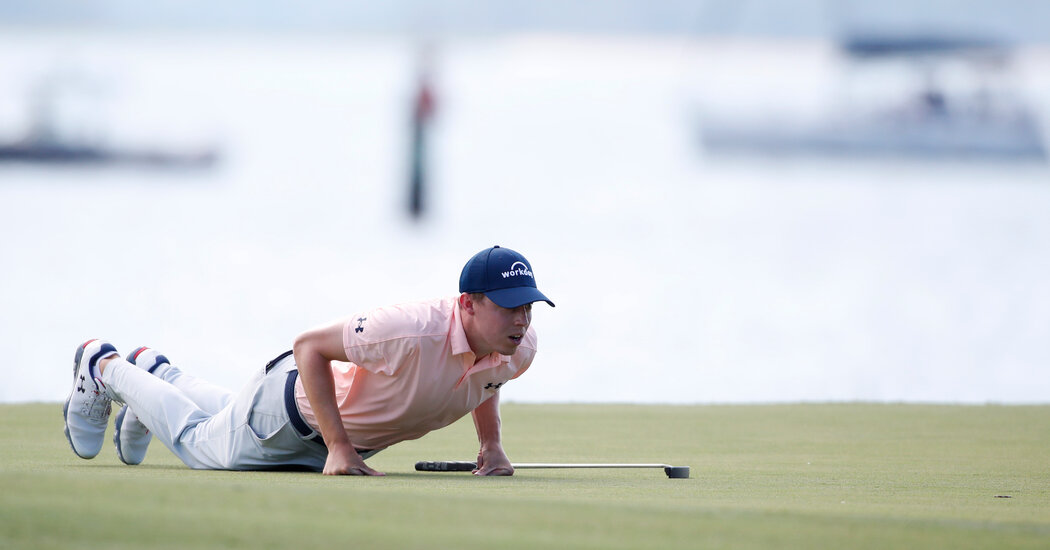 A half dozen golfers from the United Kingdom are ranked in the top 25, with some, like Rory McIlroy, Justin Rose and Paul Casey, familiar to fans around the world.

Matthew Fitzpatrick, at No. 20, may not be as familiar.

Fitzpatrick, 26, who will play at the BMW P.G.A. Championship, which starts on Thursday at the Wentworth Club in England, is the youngest of the British contingent in the top 25.

He was awarded the Silver Medal for being the amateur with the lowest score at the 2013 British Open, finishing in a tie for 44th, and followed that one month later by capturing the United States Amateur Championship to become the first English winner of that prestigious tournament since 1911. He briefly attended Northwestern University before turning professional in 2014.

Fitzpatrick, who was 0-2 as a member of the 2016 European Ryder Cup team in Minnesota and has yet to win on the PGA Tour, reflected recently on his game and goals for the future.

The following conversation has been edited and condensed.

How does the course for the BMW fit your game?

It’s a great golf course for me. I love being back there and playing there, the style of course with tree lines, and the fairways are in great condition. The greens are good. It’s always fantastic.

It’s been seven years since you won the U.S. Amateur. Are you satisfied with what you have accomplished?

Why haven’t you gotten more out of it?

Honestly, if I look at the last 18 months, it’s just one bad round. I have weeks where I will get off to a bad start and then I’m behind the eight ball, and it’s very difficult to come back. Whereas, if you look at my best results, I start strongly, and I just keep pushing. I think that’s the difference, really. I know I’m putting in the work, trying to figure out where I need to improve all the time.

What is the one thing you need to work at to get your game to the next level?

My approach play. In watching a lot of good iron players recently, they have a similar takeaway. It’s kind of slow and purposeful and sometimes I get a little bit quick. I’m working on that, and, hopefully, it will pay off.

It’s important for me to be on that team. It’s something I wanted to do growing up. I want to make amends for the limited chances I got in 2016. It wasn’t my best experience because I didn’t get to play as much as I would have liked.

Does it serve you in a way to have this extra year for the Ryder Cup?

The extra year gives me a little bit more time to get better, to get more experience. Obviously, there’s also a chance I could play really badly and miss the team.

Should you have been on the team in 2018 at Le Golf National in France?

I probably should have been on that team, and not on the 2016 team. I would have been more ready for it. I also think the golf course suited me more. I’m not having a go at [the captain] at all. I never expected to be picked.

What is your potential? How good can you be?

I believe I could be a world No. 1, and I could be a major winner. I know it’s a little bit different, but I did it at the amateur level, and I don’t see why I can’t do at the professional level.

Was soccer more of your first love growing up than golf?

It still is, to be honest. I love football more than anything. I just watched my team [Sheffield United] lose 1 nil. I feel depressed after watching that, and I’m not even involved. I’m a fan.