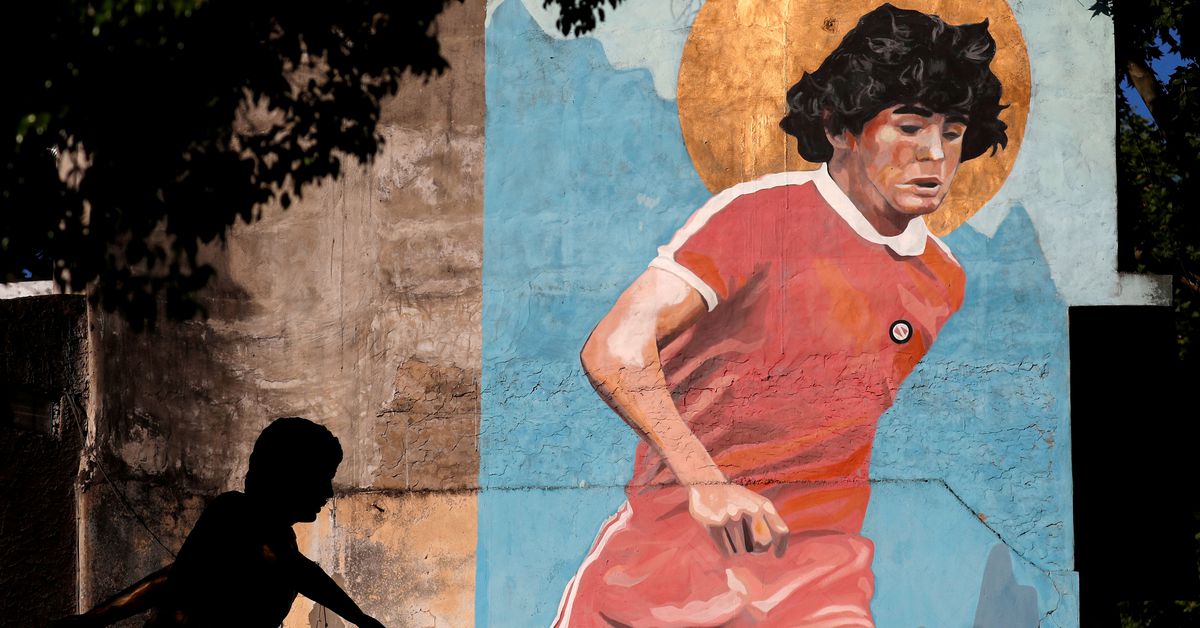 BUENOS AIRES, Nov 24 (Reuters) – Thousands of fans of soccer great Diego Maradona will pay tribute to the star on the one-year anniversary of his death, amid legal wrangles about how he died and allegations over past relationships that threaten to tarnish his legacy.

Born in a humble neighborhood on the outskirts of Buenos Aires, Maradona became an icon to many in Argentina and around the world. He was a cult hero in Napoli, Italy, where he helped drive an underdog team to domestic and European glory.

The player has been immortalized with murals and statues, as well as tattoos. Children – boys and girls – have been named after him.

“Diego made us feel so many things,” Ezequiel Rossi, a 34-year-old teacher in Argentina, told Reuters this week.

“It was wonderful, seeing this kid who started with nothing and suddenly had everything. He made us dream and imagine that we could also do great things.”

Maradona’s personal life was controversial, marked by excesses with drugs and alcohol, multiple children, and friendships with strong-men leaders, including Hugo Chavez in Venezuela and Fidel Castro in Cuba.

This week a Cuban woman who had an affair with Maradona two decades ago, when she was 16 and he around 40, accused the star of “stealing her childhood” and on one occasion of raping her.

“I can’t justify what he did in many areas of his life,” said Alejandro Sterli, a 61-year-old shooting instructor. “That’s why I try to separate the player from the human being.”

Italian club Napoli, which he led to Serie A titles in 1987 and 1990, will play three November games wearing shirts with black and white images of a young Maradona. Two of his other clubs, Barcelona and Boca Juniors, will compete in a ‘Maradona Cup.’

For many, Thursday will be a day of sadness.

“That day is the worst day of my life,” Dalma Maradona, one of his daughters, recently said on Instagram. “I feel that this day is not to honor or commemorate, much less celebrate.”