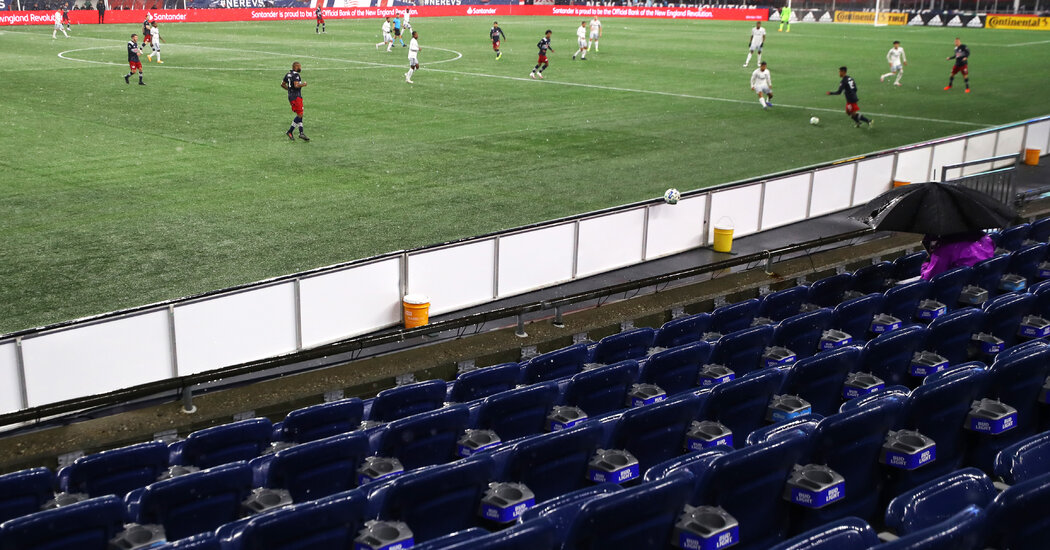 Major League Soccer reduced its work force by about 20 percent on Thursday through a combination of layoffs and the elimination of open positions, yet another sign of the punishing financial effect the coronavirus pandemic is having on professional sports.

Most of the league’s employees, besides those in entry-level jobs, had their salaries reduced in April. Those reductions will continue for the roughly 270 that remain, according to a person with knowledge of the league’s plans. Most departments were affected, and the layoffs included a number of high-ranking executives.

The N.B.A. laid off around 100 employees in June, and the N.F.L. has reduced salaries and furloughed some employees. Some individual M.L.S. teams already have instituted pay cuts, furloughs and layoffs of their own, as have a number of teams in other sports.

M.L.S., like all sports leagues, has been hit hard by the coronavirus. Its regular season had just begun in March, with only two weeks of games completed, when the season was postponed. M.L.S. eventually completed a monthlong tournament in Orlando over the summer, and then completed an abbreviated three-month regular season in certain home markets. But the combined effects of canceled games, empty stadiums and significant costs for the testing that allowed it to return to the field have continued to mount.

While some teams were allowed to have a reduced number of fans where local health rules allowed it, many were not, and total attendance figures paled compared to recent years. In 2019, total M.L.S. regular season attendance was about 8.7 million; this year attendance fell by more than 90 percent. On a conference call with reporters in June, M.L.S. Commissioner Don Garber predicted the league could lose $1 billion in revenue because of the coronavirus.

League employees who were not laid off were informed of the job reductions in a staff meeting on Thursday, one day before the league opens its playoffs. The season will conclude with the M.L.S. Cup on December 12.

Despite rapid growth under Garber — next season M.L.S. will have a 27th team, Austin FC — M.L.S. still relies much more heavily on game-day revenue, and particularly live attendance, than other professional leagues. M.L.S. receives about $90 million annually for its national television deal, and the league’s biggest local television agreements do not exceed single-digit millions annually.

By comparison, while the N.B.A. did not have fans in attendance while it completed the 2019-20 season, and missed its revenue projections by $1.5 billion, the league is paid $2.66 billion annually for its national television rights. Individual N.B.A. teams also have been able to soften the pandemic’s financial blow because of local television agreements worth tens or hundreds of millions annually.

Major League Soccer’s revenue woes most likely will not be limited to this year. Currently, the league plans for the 2021 season to begin in early March, and for teams to play games in their regular home markets. Given the course of the coronavirus, and the fact that virus restrictions still severely limit the ability of its three Canadian teams to host games against American teams, it seems unlikely the league will be able to welcome full stadiums in all markets by then.