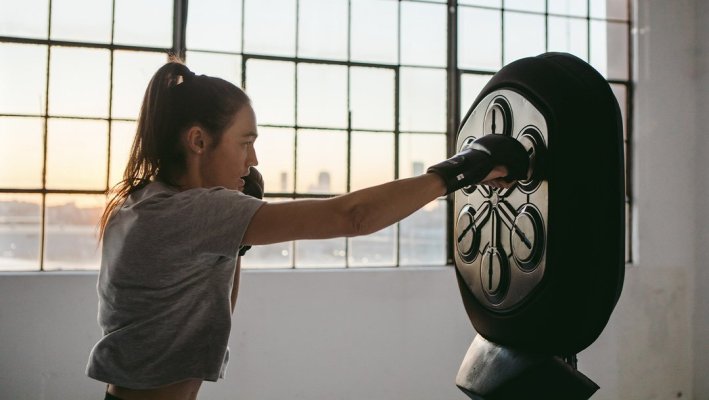 In the vein of increasingly popular at-home connected fitness machines like Peloton, Mirror, and Hydrow, boxing fans now have an option when it comes to getting a good workout in at home.

Cofounded by Jeff Morin (CEO) and Todd Dagres (Chairman), Liteboxer is launching today with a platform that was built from the ground up to give users the chance to get an exciting boxing workout at home.

Dagres, cofounder and General Partner at Spark Capital, came up with the idea for Liteboxer after falling in love with boxing with a trainer in a gym. It was incredibly difficult to replicate that workout at home with a heavy bag, said Dagres.

“I only was able to work out with a trainer once a week, and once a week is not good enough as we all know,” said Dagres. “So I tried to replicate the workout at home and I bought a heavy bag. It was just a dismal experience for me. It was so boring. If I could get myself to do it, it was a good cardio workout. It just was tedious and unpleasant. The bag is just sitting there, and it’s not doing anything to you so you kind of feel guilty punching it.”

Heavy bags also require a suspension system, and can often be messy with weight provided by sand or water. Liteboxer is a free-standing replacement for the heavy bag, which is equipped with a lighting system that guides the user through a workout of their choice.

The lights aren’t random. Liteboxer works with expert boxing trainers to provide a guided workout, which is led both by the lights and by voice/music via an app that can run on iOS or Android. The unit is also equipped with force sensors to give users metrics around force, timing, and accuracy on their workout, allowing them to see their progress over time.

Like Peloton or other connected fitness devices, Liteboxer comes at an up-front cost for the hardware and a recurring cost for access to the content. The free-standing unit, which is available for pre-order now, costs $1,495, while the all-you-can-eat subscription costs $29/month.

There are several different modes on the content side, including a Training Camp that gets users familiar with the system and how it works. On the other end of the spectrum, there are expert-guided boxing sessions. But, perhaps most interestingly, there is a level in between the two called Quick Play. Quick Play uses a patented Rhythm Technology to match the system up to the beat of a song. This gives the user the flexibility to say they’d like to go for one or three or five rounds, and simply box along with the beat of the music, allowing for a bit of customization when it comes to the general length of a workout.

Plus, Liteboxer offers the ability to challenge friends to the same workout as you, allowing you to see the results side by side.

The most important goal for Dagres and Morin is to create a habit among users.

“Not only do you get stronger, but this is also a mental exercise and a huge stress reliever,” said Dagres. “It helps with your mental acuity, and it’s more than just a cardio machine type of thing. So we want people to be habitual about it.”

He added that the goal is to get users on the platform three times a week, saying that you can get massive results in a few months on that schedule. The key to delivering those results, however, is habitual engagement. Dagres explained that the music-based rounds, the leveling up with trainers, and the social challenges are elements that encourage that habit.