Employers today often use perks to attract new talent in the form of discounts and deals, commuter funds, gym memberships, childcare, free lunches and more. But the pandemic has impacted what sort of in-office or other in-person perks employees can access. That’s led to booming growth — and now, a fundraise — for a startup called Fringe, which offers companies a personalized marketplace of perks that people really want, like Netflix, Uber, Airbnb, DoorDash, Headspace, Talkspace and over 100 other apps.

The idea for Fringe came about from the co-founders’ work as financial advisors where they regularly found themselves consulting people who were weighing new job options and their associated benefits.

“Companies are spending a lot money on traditional benefits…$800, $1,000 a month per person. But the perceived value for most employees is relatively small, given the cost,” explains Fringe CEO Jordan Peace. “I started thinking about what could [companies] offer employees that would be a pretty low actual cost, but a really high perceived value?”

He landed on the idea of subscription services — things people use all the time in their daily lives, but sometimes feel just out of reach from a budgetary standpoint.

That’s where Fringe comes in.

Employers sign up for access to Fringe’s platform at a starting cost of $5 per employee per month. (The rate may decrease for larger organizations.) They then place the dollars they would normally spend on lifestyle benefits into the Fringe accounts of their employees, where they’re converted to “points” that can be spent on any of the apps and services.

Today, the marketplace offers a range of benefits, including streaming services like Netflix, Spotify, Disney+, and Audible, as well as virtual fitness, virtual coaching and wellness, online therapy like Talkspace, food and grocery delivery, like Grubhub, Uber Eats, Instacart, and Shipt, prepackaged meals, childcare like UrbanSitter, and more.

In the U.S., there are 135 services partners to choose from, with another couple hundred that are available overseas.

The startup’s business model involves negotiating a discount of anywhere from 10% to up to 60% off these services, which it passes along to the employees through its points back (rebate) system. Initially, it only allowed employees to spend their employer-provided lifestyle benefits dollars on Fringe. But due to user demand, it later opened up to allow employees to spend their own money, too — a feature they wanted specifically because of the points back.

Fringe first launched in 2019 — well ahead of the pandemic — and saw some slow but steady growth. It ended the year with 15 clients, representing a couple of hundred employees in total.

But then the COVID-19 pandemic hit, which sent a number of employees to work from home in a radical change to business culture that appears to have lasting impacts.

“After the dust settled from the first few months of COVID, we started getting 10…20 times more inbound interest,” Peace says, as companies realized Fringe could be a way to support their employees working from home.

“We were just in the right place at the right time to begin to profit from this changed workplace. And it’s not just a ‘pandemic perk.’ We’re going to get past COVID, and we’re still going to have two-thirds of people working from home. The workplace has changed,” he adds. 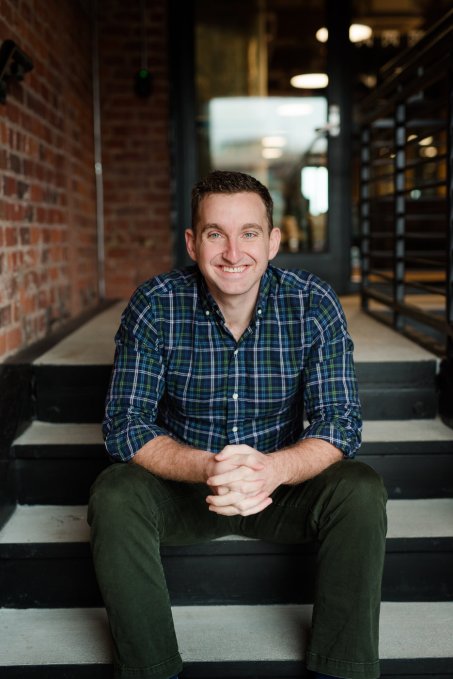 By the end of 2020, Fringe had grown its client base to over 70 employers, representing now over 12,000 users on its platform. Today, its pipeline includes companies with between 200 and 2,000 employees — a sweet spot that allows them to move relatively quickly. This client base often includes tech companies, like car-sharing startup Turo or talent management system Cornerstone OnDemand, for example.

This year, Fringe expects to grow to well over 100,000 users on its platform, and increase its own team’s headcount, which is today around 20. It also plans to update its marketplace website to include things like automatic point gifting, charitable giving, new Slack integrations, improved navigation, and more.

As a result of the recent growth, Fringe has raised $2.2 million in new funding, in a round led by Sovereign’s Capital, with participation from Felton Group, Manchester Story, the Center for Innovative Technology, and angel investors, including Jaffray Woodriff. As part of this investment, the company also added longtime advisor William Boland, Senior Director of Corporate Development and Strategy at Mission Lane, to its Board of Directors.

With the addition of the new funds, the startup’s total raise to date is $4 million.

Fringe believes the advantage of its marketplace is that it can be personalized to the user. Typically, employers determine what benefits to offer by running employee surveys, where the majority wins. That’s why many companies today provide perks like backup child care or discounted gym access. But this system discounts the minority’s needs — people who may not have kids or don’t want to work out. People who wish they could use their benefits dollars in a different way.

In addition to employee perks, Fringe believes that having so many subscriptions under one roof could present other opportunities further down the line.

Woodriff, for example, sees Fringe’s potential as a big data play, in terms of who is signing up for what subscriptions and why.

“But if you think about the fact that you’ve got a subscription service marketplace…there’s more applications to that than just employee benefits,” Peace explains. “I’d like our Series A to be to be predicated upon the much greater total addressable market. And so I think we’re going to spend the next year to 18 months laying down concrete plans and building the tech to be ready to roll out a couple of different use cases,” he says.