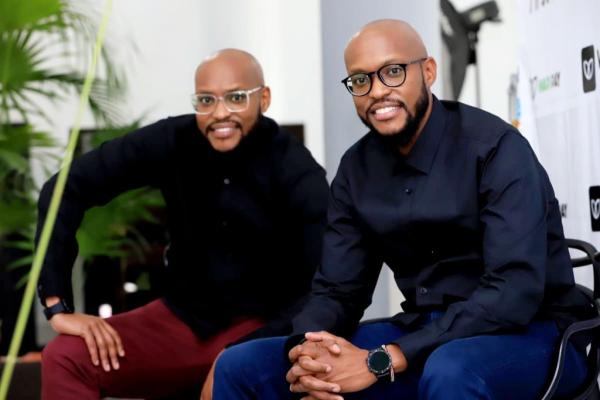 There’s much talk around sending money from Africa to the West, which has led to many startups using traditional (fiat) and nontraditional (crypto) means to facilitate cross-border payments between the two corridors. However, there’s little noise about the corridors between Africa and other regions like Latin America or Asia.

South Asia, for instance, has the lowest average remittance costs across all regions at 4.95% (these percentages are reported on a standard $200 transfer); therefore, it makes sense to tap into the opportunities the market presents. Wapi Pay, a Kenyan startup with offices in China and Singapore, is carrying out this play and has carved a market for itself by facilitating payments between both extreme remittance worlds of Africa and Asia.

Founded in 2019 by brothers Paul Ndichu and Eddie Ndichu, Wapi Pay provides a payments gateway for African businesses to receive and send money from Asia via mobile money platforms and bank accounts.

Most of the focus on remittance has been the flow of money into Africa for sustenance. Therefore, digitizing has been mostly around delivery rather than building new infrastructure and payment processing models for African individuals and businesses to make cross-border payments.

Financial institutions are left with traditional systems and correspondence models to offer service to their customers. These transactions are inherently complex in nature, given their compliance requirements. The lack of new infrastructure or processes make them further opaque, longer to process and far too expensive. Crypto remittance startups claim to solve this problem, but no one has successfully scaled to effective usage.

“We started Wapi Pay having seen how fragmented the payment infrastructure is and how horrifying the experience and expense of making or receiving a payment to and from Asia,” Paul Ndichu told TechCrunch.

“We spent some time in Asia, given the growing trade relationship between the two corridors [Africa and Asia], and saw the growing need to make this more efficient, faster and cheaper, evolving from remittances to global payments. These transactions are already complex in nature; how do we make them as simple and easy as mobile money?” he added.

In Q1 2021, Africa-China trade jumped 27%, to $52.1 billion compared, with 2020. Despite the economic recovery from the pandemic, African merchants still find it expensive to send and receive money. In some cases, these costs can be as high as 20%, especially in Southern African regions. The wait time can also be ridiculous, with some spending up to a week before payment is processed. Wapi Pay says it can process payments within a day and charges as low as 3%.

“Wapi Pay bypasses traditional payment networks, optimizing efficiency and cost for our customers. Users choose the delivery channels they want, such as bank to bank, wallet to wallet, bank to wallet and wallet to bank options to transfer funds as well as make merchant payments, with settlement done within 24 hours,” said CEO Eddie in a statement.

Presently, Wapi Pay works with local banks and platforms in China, Indonesia, India, Japan, Malaysia, Philippines, Singapore, Taiwan, Thailand and Vietnam. The company claims to be growing at 396% year-on-year since 2019 and has hopes to continue in that fashion. By the end of next year, Wapi Pay wants to process $500 million in remittances and increase the number of African merchants and Asian suppliers to half a million and 100,000, respectively.

The $2.2 million pre-seed investment announced today will be vital to meeting those targets to scale up global payments and remittances between Africa and Asia.

The round is one of the largest of its kind in East Africa and the continent. The venture firms that took part include China-based fund MSA Capital, known to have invested in unicorns Meituan, Nubank and Klarna; Pan-African and Africa-focused firms EchoVC, Kepple Africa and Future Hub; and Pan-Asian firms Transsion Holdings and Gobi Ventures.

Wapi Pay will use the investments to engage regulators for licensing across Africa and for scale, product and geographical expansion.

“These funds will help Wapi Pay diversify our products range and drive growth so that we can evolve remittances into real-time global cross-border payments, starting with Africa and Asia. All while minimising the cost of transactions, it needs to be as easy as sending M-PESA,” Eddie added.

“Africa to Asia is a large trading corridor overlooked and underserved by tech today. We believe Wapi Pay is the best team to build the necessary infrastructure to support its growing trade volumes. We are excited to support them with our extensive China fintech network and playbook,” Tim Chen, vice president at MSA Capital, said in a statement.