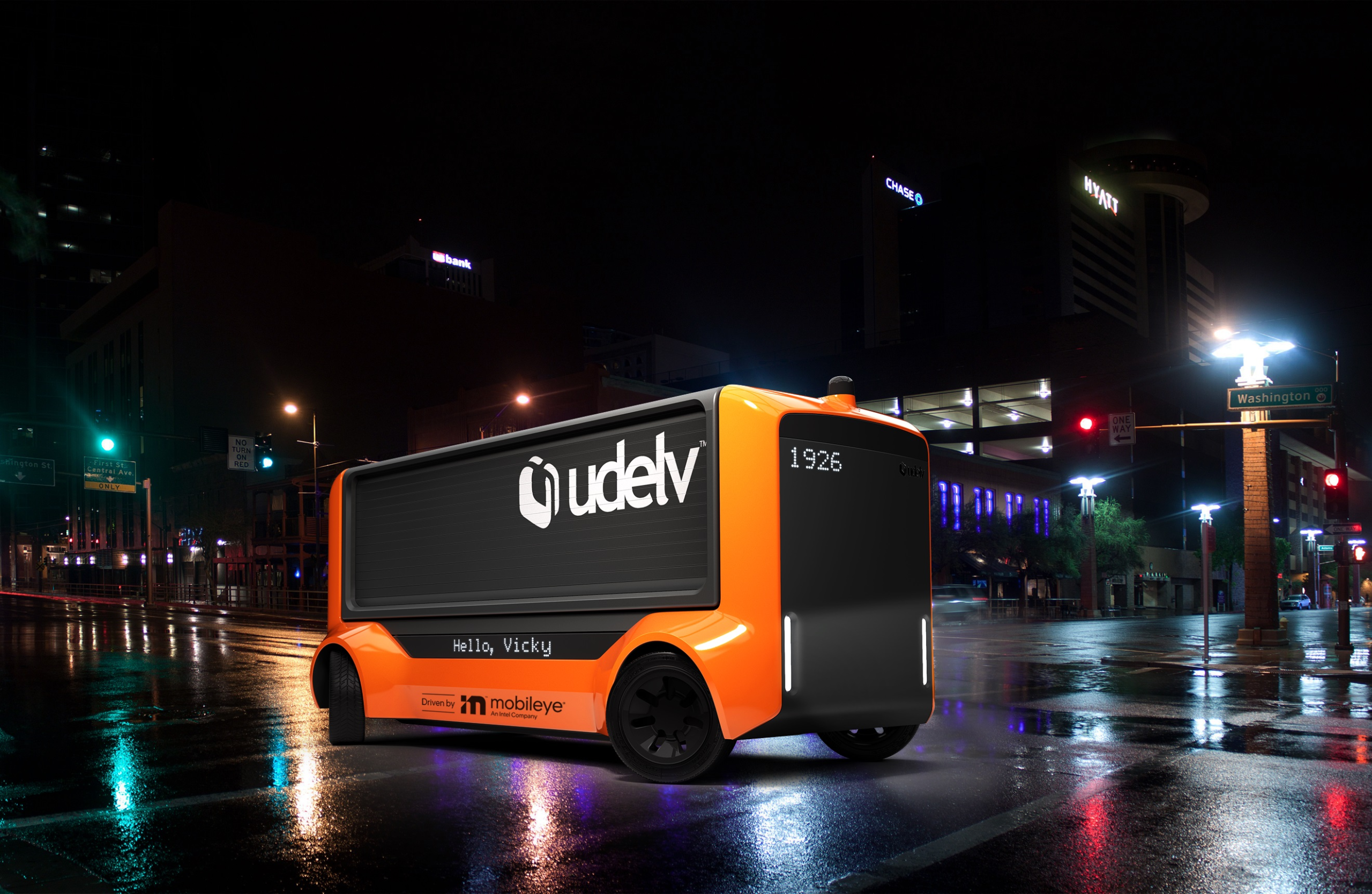 Intel’s self-driving technology company Mobileye has just announced a partnership with Udelv to build a fleet of autonomous delivery vehicles. The companies plan to deploy 35,000 Udelv-built “Transporters” by 2028, all of which will be powered by the Mobileye Drive self-driving system. The first 1,000 Transporters will be deployed in 2023 with Donlen, a commercial fleet management company that’ll be the first customer for this new system. The zero-emission, self-driving Transporter vans are meant to fix the “last mile” delivery problem — Intel says that last-mile delivery volume is expected to increase by 75 to 80 percent by 2030 thanks to the continued growth of online shopping.

The Mobileye Drive system that’ll power these vans consists of 13 cameras, three long-range LiDARs, six short-range LiDARs and six radars; all that hardware is run by Mobileye’s EyeQ system on a chip. The end result of all this technology is level four self-driving, which essentially means that no human attention or intervention is needed, provided the vehicle is operating within designated areas. After testing is complete, these vehicles should be completely driverless, without even a safety driver needed.

Mobileye, which Intel bought back in 2017, is one of the more active autonomous driving companies out there, testing self-driving cars in Jerusalem as well as in higher-speed Autobahn conditions in Germany. The company also counts massive automakers Ford and Volkswagen as partners.

As for Udelv, the start-up has been fairly active in the US, testing grocery deliveries in Oklahoma City and working on a trial with Walmart in Arizona. It’ll be multiple years before we see the fruits of Mobileye and Udelv’s partnership, as vehicles for the project with Donlen won’t be deployed until 2023 — as such, it’s too early to say where exactly these vans will first show up. But if history is any indication, we should hear more when they go into testing, wherever that may be.