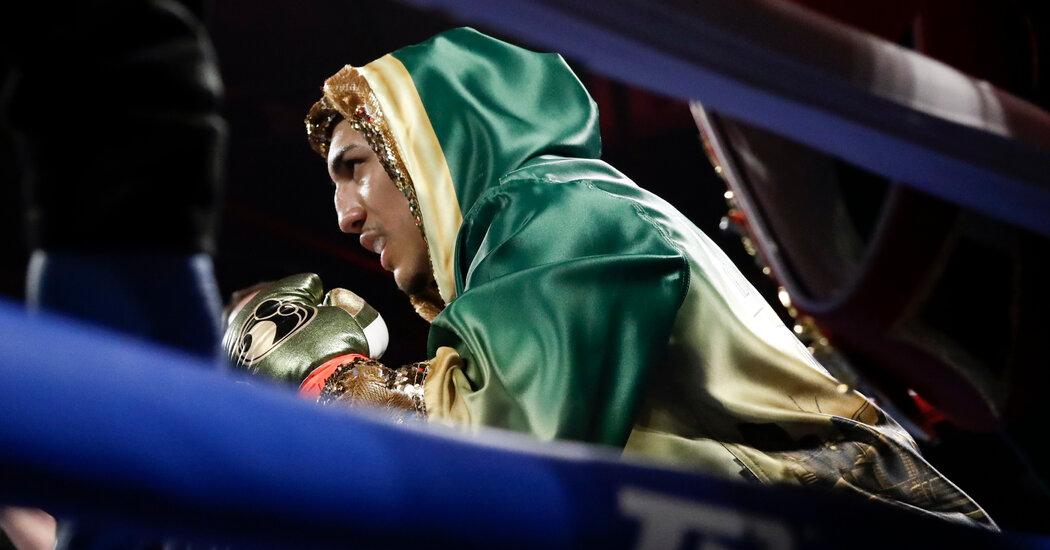 Fans are returning in droves to stadiums. Games and tournaments are proceeding with regularity. Sports officials are projecting confidence that the pandemic is in the rearview mirror.

Yet no playing field, court, ring or fairway is safe from the disruptions of the coronavirus, a contrast to the spirit of reopening that has taken hold in many quarters.

The latest reminder came Wednesday when the Phoenix Suns basketball team announced that Chris Paul, their transcendent point guard, could be sidelined from the Western Conference finals because of the N.B.A.’s coronavirus protocols.

The circumstances of Paul’s situation were not immediately clear — he could have tested positive or merely been in close quarters with someone who had. It was also not clear whether Paul had been vaccinated. What was immediately obvious, however, was this: If he cannot play in his team’s next games, it will imperil the Suns’ chances of returning to their first N.B.A. finals since 1993.

Perhaps no issue has more immediacy for sports to overcome than the hesitancy among some elite athletes to accept the vaccine.

“That’s a personal question,” Zach Wilson, the rookie quarterback for the Jets, told reporters on Wednesday when asked if he had been vaccinated. LeBron James has declined to say whether he has been vaccinated, calling it a “family decision.” Few athletes have said outright that they will not get vaccinated, or explained why they won’t, though the Washington Football Team defensive end Montez Sweat gave voice to the skeptics last week even after the team had an immunologist speak to players.

N.F.L. players who aren’t vaccinated will face severe restrictions next football season. The league has made vaccinations mandatory for coaches and other essential team personnel, but cannot do so for players. Still, teams can make the trade-off quite clear.

“If you get vaccinated, you can go back to 2019 rules,” Brian McCarthy, an N.F.L. spokesman, said. “If you don’t, you’ll have to follow 2020 protocols,” a strict regimen of testing, masking and social distancing guidance.

In individual sports, whether to be vaccinated has been left almost entirely up to each athlete.

Teófimo López, a lightweight boxing champion, was supposed to defend his titles against George Kambosos Jr. in Miami this weekend in a highly anticipated pay-per-view matchup. But the fight was postponed until August after López tested positive for the coronavirus this week. According to his promoter, Bob Arum, López was not vaccinated — even though the fighter said last year that he believed he was at risk of severe illness if he caught the virus because he has asthma.

“There was no reason why before he went into training that he didn’t get vaccinated,” Arum told Boxing Scene. “No reason. And if he had gotten vaccinated, he wouldn’t have lost his payday. So, I feel sorry for him, but the fight will happen.”

Sometimes, the virus causes havoc leading up to big events. Other times, it alters sporting outcomes live, in front of hundreds of thousands of fans watching on television.

On June 5, the golfer Jon Rahm was coasting into the final round of the Memorial Tournament with a six-stroke lead in Dublin, Ohio, when officials notified him that he had tested positive, requiring him to withdraw.

He forfeited not only the opportunity to bring home the $1.7 million first-place check, but also the valuable practice time while in quarantine before the U.S. Open, which started Thursday.

Rahm, 26, said he had been vaccinated, but only recently, before testing positive. He had a message for his colleagues who were slow to get vaccinated. “We live in a free country, so do as you please,” Rahm said. “I can tell you from experience that if something happens, you’re going to have to live with the consequences golf-wise.”

Rahm’s withdrawal prompted uproar among bettors, and Paul’s uncertainty made for wild swings in the N.B.A. betting markets on Wednesday. “It’s been a very difficult year with cancellations, people wondering who’s in and who’s out,” said Nick Bogdanovich, the director of trading for the sports book William Hill in the United States. “It’s definitely killed action.”

Among team sports, leagues based in the United States have largely concluded that they cannot mandate that their athletes be vaccinated.

Instead, leagues have tried to entice players to take the vaccine by dangling the carrot of loosened restrictions — like not having to wear masks in team facilities or being allowed to visit with friends and family on the road — if teams reach certain thresholds of vaccinated players and staff.

Despite initial resistance from many players, the share of players and staff members who have been vaccinated has slowly risen in Major League Baseball. As of last Friday, 22 of its 30 clubs reached the threshold of 85 percent of certain categories of players and staff being vaccinated for some restrictions to be loosened. Eight teams remain, and it is clear that many players remain skeptical.

While vaccines may offer sports their best chance at minimizing disruptions, they will not prevent all of them because of the presence of virus variants and breakthrough infections.

The Yankees were one of the first baseball teams to cross the vaccine threshold, but still had to deal with an outbreak last month. Nine people involved with the Yankees, including a player, shortstop Gleyber Torres, tested positive despite being fully vaccinated, according to the team.

In countries where vaccines are still not widely available, there are concerns about prioritizing athletes over other people and about whether sporting events should continue at full steam amid outbreaks.

As the pandemic worsened in Argentina in May, the Copa America men’s soccer championship for South American countries was moved to Brazil less than two weeks before the first game. At least eight players and four members of the Venezuelan team’s delegation tested positive for the coronavirus before the tournament began.

Euro 2020, being competed in venues across Europe, has fared better, but has not gone unscathed. Scheduled matches were moved from sites in Spain, Russia and Ireland either because of virus concerns or because local authorities would not allow fans into stadiums.

As more people become vaccinated, especially in places that have struggled to obtain enough vaccines, some of these threats to the natural functioning of sports will diminish. But experts caution that we will most likely be living with this virus and its effects for a long time.

“It is a combination of things, but hopefully we can address these things,” said Dana Hawkinson, the medical director of infection prevention at the University of Kansas Health System. “We know that these viruses in general find a way to persist in the community, whatever community it might be.”

Which means the sports world, like the wider world, will have to learn how to live with them.

In a conference call with reporters last week, DeMaurice Smith, the executive director of the N.F.L. players’ union, said the union could only inform its members of the benefits of getting vaccinated, not obligate them to do so.