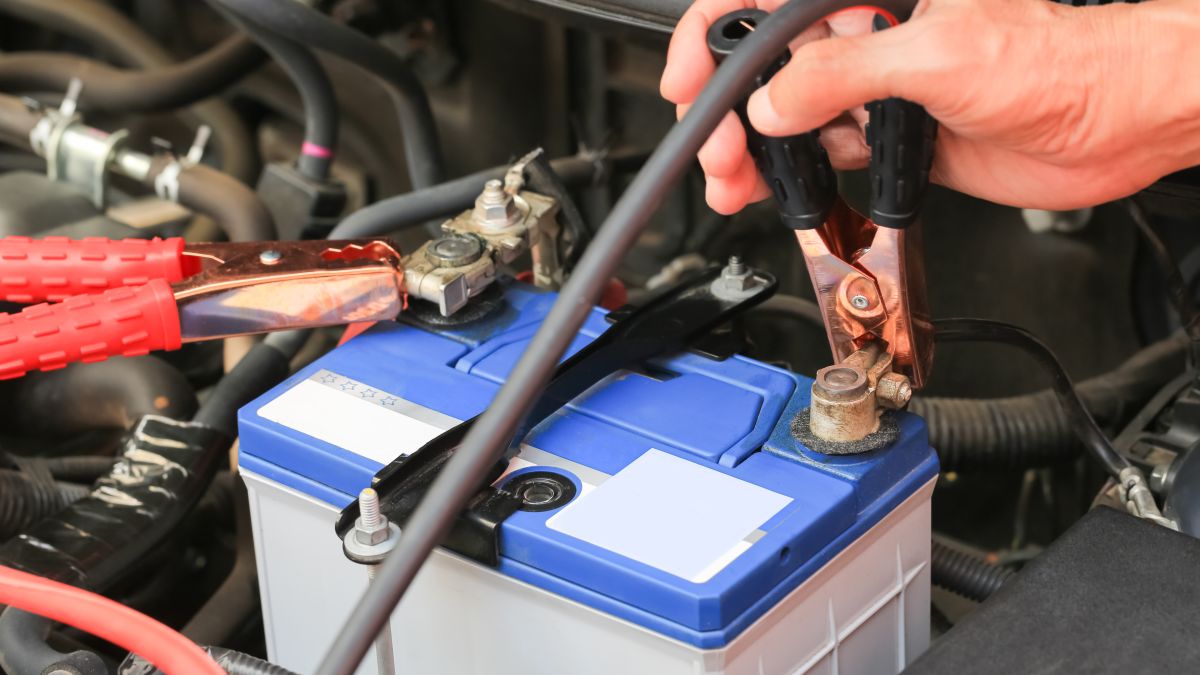 Tech 911Tech 911Do you have a tech question keeping you up at night? We’d love to answer it! Email [email protected] with “Tech 911” in the subject line.

A car is basically a gigantic computer with wheels—or, at least, that’s how I like to think of them. Which always ends up frustrating me, because I have absolutely no reservations messing around with my desktop PC, upgrading it with new gear, and generally tricking it out to make it awesome. My car, however, feels like a Hellraiser puzzle box: I have no idea what I’m doing with it and I’m afraid that touching it incorrectly will cause something horrific to happen.

I have started to become more confident with car things lately, and I have the pandemic to thank for it. After being cooped up inside the house for weeks, the chance to get outside and work on any kind of project was a welcome relief. So I purchased and installed an aftermarket rear-view camera all by myself—soldering connections, running wires through the car, and everything—and I’m pleased to report that it still works months later.

This hard-won experience gives me the courage to tackle Lifehacker reader Adam’s question for Tech 911 this week. It’s about cars, not computers, but technology is technology and I’m always happy to provide great buying advice whenever asked. He writes:

So this may be a strange question, it is technology based but less computer and more general practice car. During COVID I’ve had a car that has not been taken out and the battery is completely dead. I started looking online and something about a car trickle charger (solar powered or not) came up. I was wondering more about them, how they work, which ones to trust as it seems like a bunch of them say they won’t discharge your battery but somehow do.

Do you even need a trickle charger?

I don’t know your quarantine habits, but my gut feeling is that you probably don’t need a car trickle charger. Your description of how they work is correct. Simply put, they keep your car battery alive by ensuring it doesn’t drain itself while it’s just sitting there, unused, for a longer-than-normal amount of time. If you’re the kind of person who is planning to store your car away for the winter and you don’t want to deal with a dead battery in the spring—jumping it or replacing it—a trickle charger can help you out.

And I suppose during these pandemic times, a trickle charger could ensure that your battery stays fresh and topped-off when you’re not driving your car as much as you used to. But is it really necessary? You do go out to do something, right? Whether it’s an occasional trip to satisfy your fast-food addiction, a jaunt to the grocery store to restock on the essentials, or a simple drive for driving’s sake—one of my favorite ways to beat the quarantine blues—it’s not like you’re never using your car right now. You’re probably just using it less, and that’s OK!

As I wrote back when the pandemic first started making our lives miserable, it’s very important that you take your car out for a brief spin every now and then. I can’t count the number of friends who have let their cars sit on streets or in driveways for weeks on end, and are then puzzled when they discover their batteries have completely crapped out. ANd no, it doesn’t take very long for that to happen.

You should really be running your car’s engine for around 5-10 minutes at least once a week. Even though we’re spending most of our days hunkering down at home, that doesn’t seem like an unreasonable amount of driving time. That’s one quick trip to get a (quarantine-friendly) snack, and it’ll cost you a lot less than a trickle charger.

That said, you should be able to pick up a decent trickle charger for around $25. And while there are also variants that cost north of $100 or even $200, they’re overkill for your needs. What you want is one that’s designed to work over a long period of time, and ideally one that’s “smart.” As in, the charger doesn’t just feed your battery with constant power; it recognizes when the battery is full, and then it switches to a “trickle mode” to top off your battery as needed.

Why is overcharging bad? As Bob Weber describes in the Chicago Tribune:

If you need a specific recommendation, the Battery Tender Junior Charger and Maintainer has a near-perfect rating on Amazon with nearly 25,000 reviews, and it’s only $25 as of this writing. It’s designed for long-term storage, and it’ll switch between a “full” or “trickle” charge based on what your battery requires in its current state. It won’t charge said battery very quickly, since it’s only a 0.75-amp charger, but it’ll maintain it quite nicely—and that’s all that really matters if you’re not planning to drive your car for months at a time.

I wouldn’t go with a solar charger, but that’s just a gut feeling. I feel like I would hook that up, park my car outside, and just assume that everything is fine. But if there’s a streak of cloudy days, or the charger is simply unable to supply enough of a trickle from the direct and less-efficient angled sunlight it gets, you might find yourself with a dead battery and a semi-expensive, semi-useless solar-charger. That’s not to say that solar chargers don’t work, I just know I’d be apprehensive about using one, given the potential limitations of the technology. I’ll never doubt my car’s connection to a wall socket, so I’d probably prefer that over anything else (even if solar power is cheaper over the long term).

So that’s my suggestion. I’d still try to drive your car for a bit at least once a week, if possible, both for the sake of the battery and that of all the fluids in your car that would otherwise just be sitting there, doing nothing, for an extended period of time. Otherwise, a decent trickle charger can help keep your car’s battery in good condition. If you don’t want to fuss with any of that, you could also just disconnect your car’s battery if you know you won’t be using your vehicle for a bit. Provided you make sure you’re doing everything necessary to keep yourself safe when you do, it’s a simple, speedy option to address battery loss while your car hibernates for the winter (or until the vaccine arrives).