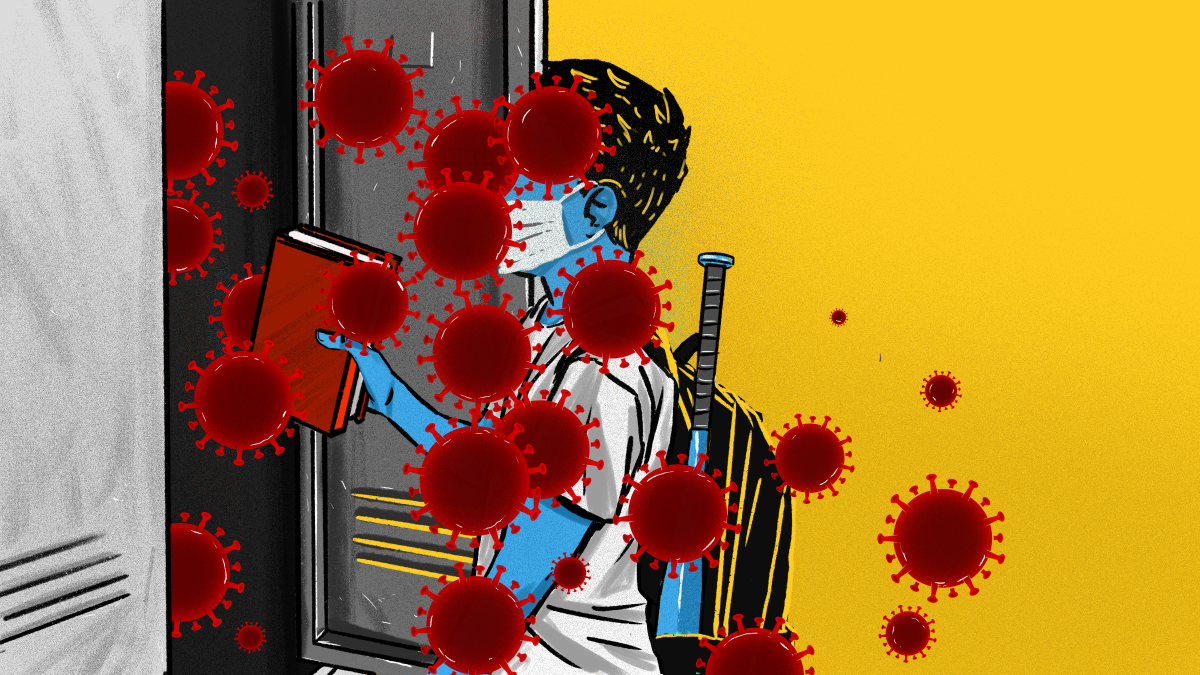 As I read the many pages of our district’s return-to-school plans, I only had two questions in mind: How will you know if somebody has the coronavirus? and Assuming that the virus makes it into the school, because it will, how will you make sure that it doesn’t get transmitted to anybody else? The plan did not answer these questions.

I don’t think there’s any way to answer those questions in light of our country’s current testing situation. If everybody could be tested every day, and you needed a negative test to get in the school building, then maybe. But the truth is, kids and teachers will bring the virus to school, and nobody will know it until somebody gets sick enough to go get a test, and waits for their results, and the test turns up positive and somebody finally notifies the school.

People with the coronavirus can spread it before they start developing symptoms. Some people who have COVID-19 have a mild enough case that they don’t ever realize they are infected. In our current economy, with the threat of no school and no work if you have a positive COVID-19 test, I am sure some people will suspect they have the coronavirus but avoid testing so they can keep working or keep their children in school. Many, perhaps all, schools’ half-assed reopening plans will be defenseless against all of the above.

Contrast that with the NBA’s bubble in Orlando. First, the league limited who was involved: they invited only a handful of teams, and players who are deemed high risk will not play but will receive their full salary. Other players may choose not to participate, without pay but also without penalty. The league is also squeezing the season into less than three months, to limit the amount of time players will have to spend in the bubble.

The players will not be traveling. Fans will not attend. Symptoms will be monitored closely, and there are strict rules about masks and distancing. But there’s more. There’s this:

Everyone in the bubble is tested each night, with the results coming the following morning.

Several players tested positive before the bubbling began, and two tested positive upon arriving in Orlando. There have been no positives since. I doubt those are the last positives we’ll see this season, but at least the league will know when a positive turns up and there’s a clear plan about how to quarantine people.

When a plan breaks down

Major League Baseball did not opt for a bubble. Instead, teams are traveling as usual, and players are on their own and advised to “exercise care.” They have plenty of tests, but tests along aren’t enough. Just four days into the season, the Marlins have 11 cases among players and have canceled their home opener.

MLB required players to test negative before showing up for training. Their plan calls for testing players’ temperature every day and testing for the virus every other day, with results delivered in 24 hours. Teams are on their own to come up with protocols for isolating players, performing contact tracing and determining what to do with players who are high risk. There is no agreement on when a team should bow out or when the whole season should be scrapped; all those details are left up in the air.

As the Washington Post points out, the skeleton of the plan mimics one used successfully by a German soccer league. But the soccer league had strict rules for how players were expected to protect themselves off the field. And they played in a country with far lower prevalence of the virus than the US. The baseball players, meanwhile, are constantly traveling from city to city, many of them coronavirus hotspots.

What do we think is going to happen?

So far, it seems the NBA’s bubble approach works better than the MLB’s looser guidelines. But both are miles ahead of what schools are being expected to do with more people and less funding.

Nobody is requiring my children to turn in multiple negative tests before showing up to school. Nobody is paying for them to be tested daily, nor expecting tests to come back any faster than anyone else’s. Securing test results takes an average of five days in our county, with many tests taking longer, and many people spending additional days trying to find a place where they can get tested. And we expect COVID-19 not to spread through our schools?

I’m not saying I want my child to be treated like a basketball player. In fact, I don’t believe there’s a way to replicate the NBA bubble for a school district—assuming the bubble even works.

And that’s why I’m quite sure there will be cases, and deaths, in schools this year. Either that, or we’ll get to September in this game of chicken and the schools will finally admit they can’t safely reopen after all.

Schools need to open in person for some parents to be able to work, and for some students to get services they need. I don’t pretend to have an answer, nor do I know the best approach for our whole society. But I do know we can’t separate what happens in schools from what happens elsewhere.

If we had spent the past four months getting community spread down to a much lower level, like other countries have done, there might be a safe-ish way to do a limited reopening. If we had beefed up our testing infrastructure, we might be able to realistically require students and staff to test negative to gain entry to school. But we didn’t, so we are stuck in this mess. If team owners can’t keep COVID-19 under control for the sake of a money-making season, what hope do we have when lives are at stake?