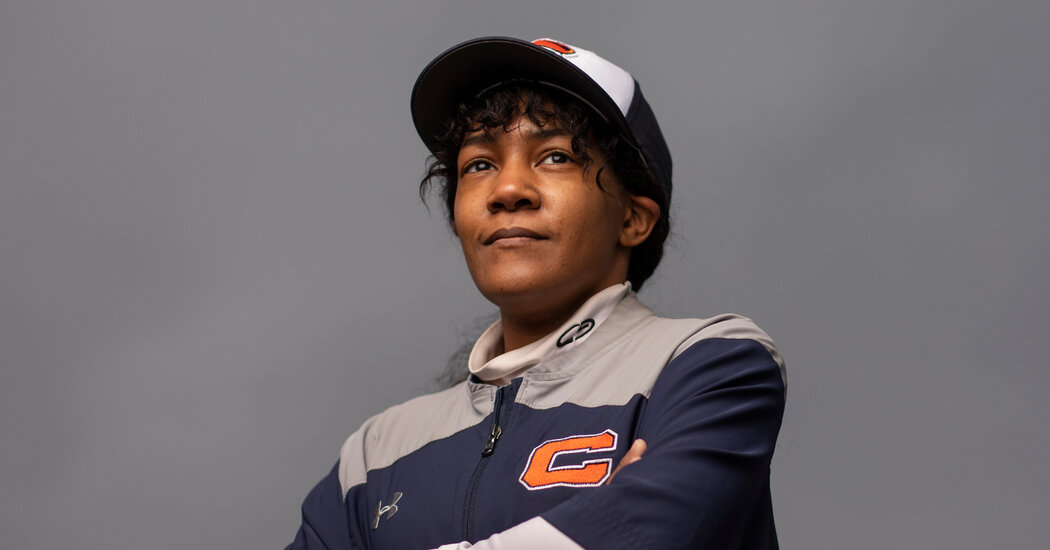 Some of her players want assurances that she will keep in touch.

“One asked me, ‘When you leave, can I still send you video?’” she recalled with a laugh. “I said: ‘Of course you can.’ It’s fun for me. I’ll help anyone who needs it.”

In a family of football and soccer fans — her stepbrother, Reggie Cannon, is a fixture on the United States national men’s soccer team — Smith and her mother shared their secret language of baseball. They lived in Edison, N.J., and later in Grapevine, Texas, a suburb of Dallas, and the mother taught the daughter game strategy.

Smith’s father, Victor Smith, said Bianca took to the game quickly and could watch entire nine-inning games even as a toddler because she had an unusually long attention span and enjoyed watching her mother cheer. She was precocious, her father said, describing a conversation he once had with a manager of her preschool. The woman told him that Bianca had been tying her classmates’ shoes all day. When he asked why, the woman answered, “Because she’s the only one who can.”

As Smith grew up, she would watch games on her own during the day and would stay up late to watch classic baseball movies like “The Sandlot,” “Angels in the Outfield” and “Rookie of the Year,” nearly wearing out those DVDs.

She picked up softball late, when she was about 12 years old, lured to the mental side of playing the game. She was small but nimble, and baserunning was her specialty. About that time, she bought her first baseball jersey, Jeter’s No. 2, using the allowance she had earned doing dishes and washing her dog.

The intricacies of the game fascinated her, and still do. She had the mind of an analyst, studying how plays unfolded and trying to predict the manager’s next move. When she entered Dartmouth, her parents’ alma mater, her baseball obsession was evident in the family cellphone bill.

“There would be a huge spike in her cellular data and she’d say, ‘Oh, sorry, but the Yankees are just doing so well and I just had to watch the games,’” said Bob Patterson, her stepfather. “I always knew when baseball season started.”