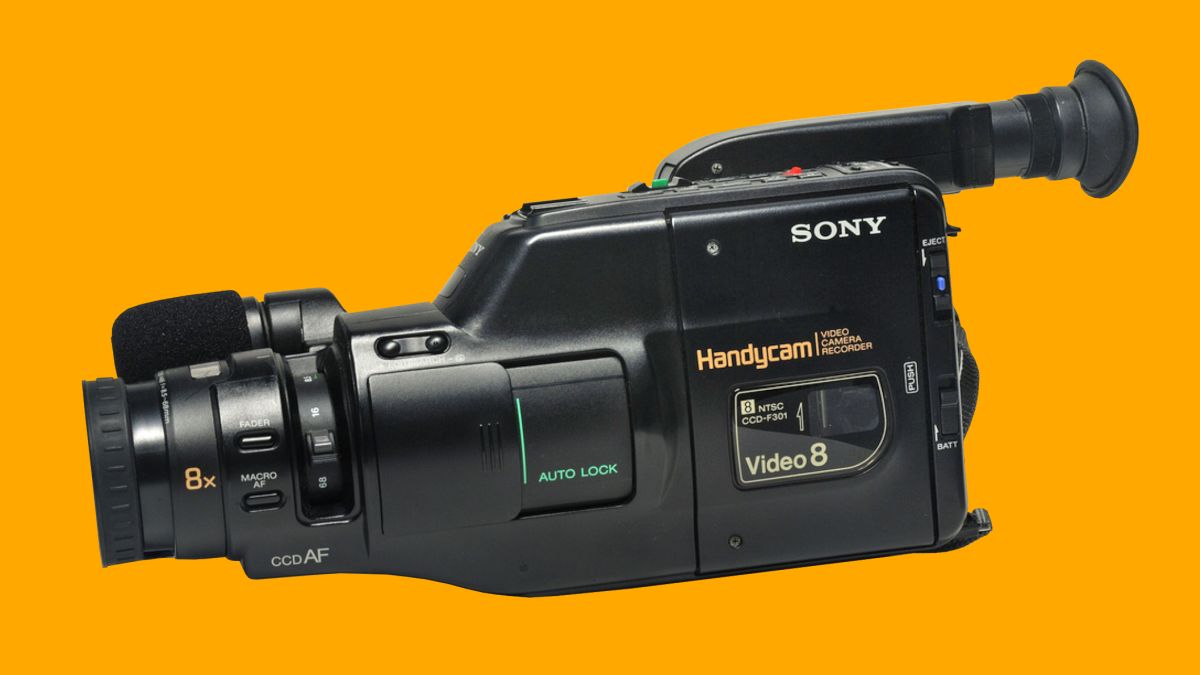 I MissI MissGizmodo staff fondly remembers the extinct gadgets of years past.

It’s hard to miss a gadget the size of a shoebox when the smartphone in my pocket outperforms it in every way possible. But I miss my grandparents’ ‘90s-era Sony Handycam and the fun videography experiments my siblings and I concocted in an effort to avoid being pushed out the door to play outside.

In the early ‘80s my parents bought a Canon camcorder to document the earliest years of our family but it was a time when video cameras were beastly devices requiring a shoulder to rest on so while filming you looked like a soldier readying to fire a bazooka. It was also very expensive—something I distinctly remember my parents complaining about when it broke and had to be taken in for repairs. As a result, that camcorder was not a play toy. My father happily spent many weekends with us making short movies that I’m grateful were produced decades before embarrassing home movies could be easily shared online, but he was always the person behind the camera. That would change several years later when Sony made camcorders smaller and more affordable using the same formula that made the portable cassette player one of the most popular consumer electronic devices of all time.

Before the iPod came along, the Walkman was the ubiquitous term for any portable music device that could be easily carried around in hand. The company’s clever approach to branding it, emphasizing portability right in the name, eventually gave birth to the Sony Handycam in 1985. For consumers who were used to hoisting heavy camcorders onto their shoulders, a video camera you could easily use and hold in one hand was nothing short of miraculous. Sony took advantage of an 8-millimeter tape format called Video8 released the year prior that was much smaller than VHS tapes and the Betamax tapes that Sony failed to sell to consumers, but still dominated news rooms and TV studios around the world.

Video8, and its eventual successor Hi-8 which offered improved quality, allowed camcorders to be considerably smaller and easier to use, and more appealing to actually carry around for family get togethers and vacations. It also meant that consumer-grade camcorders could be made a lot cheaper, which is probably one of the main reasons my grandparents finally bought themselves one. I don’t remember the exact make and model of the Handycam my grandparents owned (it was very close to the model pictured above) but what I do remember is by that time my parents’ camcorder was old, outdated, and barely held a charge for more than a few minutes. As far as I know, to this day it’s still sitting in its fancy carrying case on a shelf in a closet in their home.

With an unsafe length of orange track hung from the ceiling leading to the crash site, we positioned the Handycam so that it was focused on the scene of impact and turned on Sport mode in hopes of capturing our own crude versions of slow motion crash test footage.

Not only was my grandparent’s camera smaller and better, but they were also willing to let my siblings and I have some fun with it. I can remember an evening spent playing with its titling feature that turned stills of hand drawn text into colorful video overlays, which we used to capture weird and silly faces instead. Our most enjoyable video experiments came when we dug into the instruction manual and discovered the camera’s “Sport mode” and its ability to play back videos frame-by-frame. Sport mode was simply the consumer-friendly term Sony gave to a setting that maximized the camcorder’s shutter speed, ensuring that kids captured running across a soccer field during a game wouldn’t appear as nondescript blurs when the video was played back.

We weren’t soccer players, but we had an abundance of Hot Wheels toy cars, what turned out to be 30+ feet of orange track, and an old play set that encouraged kids to smash cars together like a miniature crash testing facility. With an unsafe length of orange track hung from the ceiling leading to the crash site, we positioned the Handycam so that it was focused on the scene of impact and turned on Sport mode in hopes of capturing our own crude versions of slow motion crash test footage.

What we failed to realize was that a fast shutter speed works great outdoors with the sun shining, but simply can’t capture enough light indoors to see anything. We spent the next hour harvesting every single lamp, flashlight, and power bar in the house and surrounded the play set and the camera with so many exposed bulbs that we had to wear sunglasses indoors. But it worked, and for the next six hours we’d send cars hurdling down the track and crashing into other vehicles and obstacles, and then watch the instant replay, frame-by-frame, on a nearby TV. We were essentially the Slow Mo Guys but with cheaper equipment and decades before YouTube became a thing.

Surprisingly, 36 years after its debut, Sony still sells Handycams, but the company has long since ditched cassette tapes for solid state flash memory. Modern Handycams are roughly the size of a can of soup and capture footage at resolutions up to 4K. Given the capabilities of modern smartphones the market for standalone video cameras has shrunk dramatically since 1985. Why carry a separate device when your phone makes it easy to quickly capture a moment in 4K, even in slow motion, and then immediately share it with friends and family around the world? Instead, the Handycam line now focuses on features targeted at more professional users including multiple sensors for improved image quality and a level of zoom that smartphones currently can’t provide.

My grandparents’ Handycam stopped working decades ago, but the lessons learned from experimenting with it have stuck with me to this day. AI-powered smartphone cameras are undeniably easier to use, but there’s something to be said for figuring out and understanding the fundamentals and inner-workings of a device, including its limitations, as we discovered when trying to shoot indoors with a fast shutter. I’ll admit that more often than not I’ll reach for my smartphone when I need to record a video, and while capturing crashes in slow motion decades later yields vastly superior results, it’s still not the technology that makes it fun, but the experimentation.