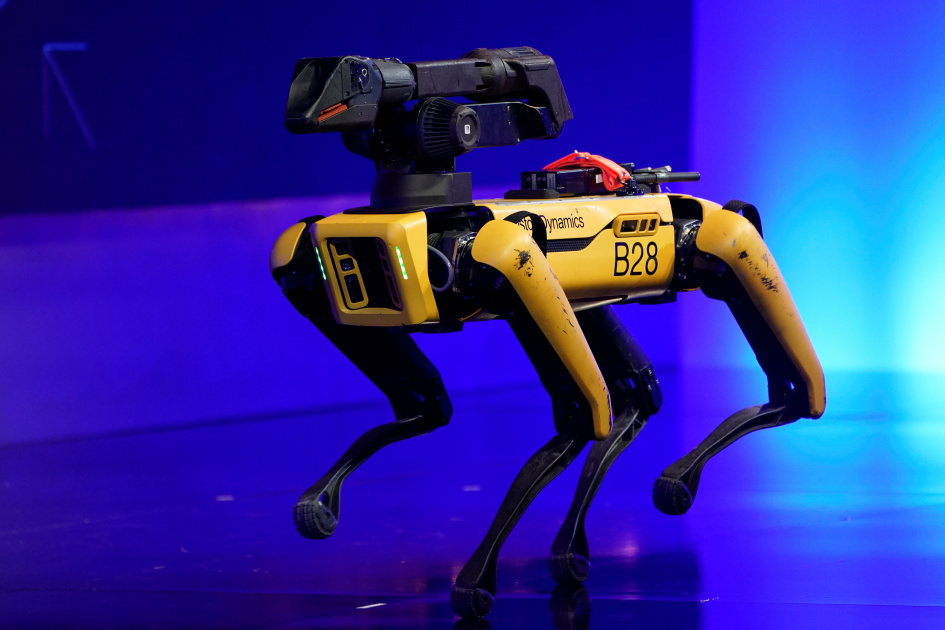 Boston Dynamics, the robotics company behind nightmare-fuel products like Spot, may be headed to Hyundai, Bloomberg reports. Sources say that current owner Softbank is in talks with the Korean automaker. The deal could be worth up to $1 billion, though Bloomberg notes that nothing is finalized yet, and the deal could eventually fall apart. Hyundai may seem like a surprising parent at first if you’re only familiar with its cars, but the company also has an entire group focused on industrial robotics, where Boston Dynamics’ technology would fit nicely. And Hyundai is no stranger to diving into burgeoning technology — it just announced its New Horizons Studio for futuristic concepts.

As TechCrunch notes, Boston Dynamics has focused more on commercializing its technology after becoming part of SoftBank in 2017. The company was originally spun out from MIT in the ‘90s, and it was purchased by Google in 2013, where it mainly continued its research work. A move to Hyundai could push the company to commercialize even more of its technology. And if you’ve got a spare $75,000, you can already nab a Spot robot dog of your own.