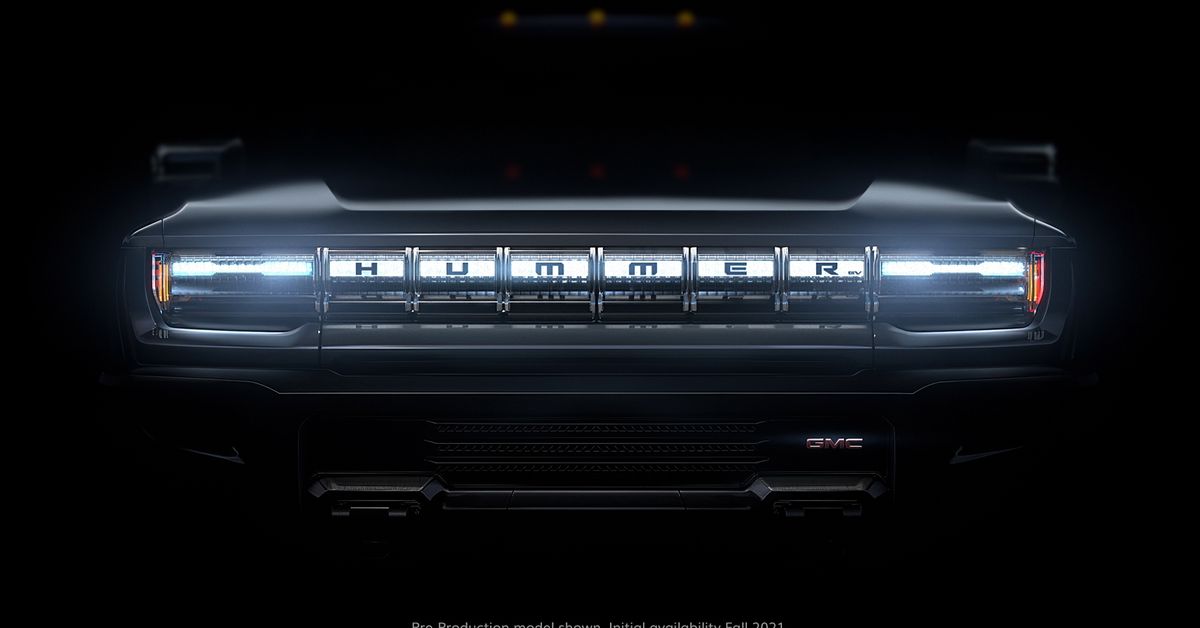 General Motors will reveal the all-electric Hummer truck on October 20th, and to help whet your appetite until then, the automaker is confirming a rumored standout feature.

GM confirms that the Hummer will come with Crab Mode, allowing it to move across the terrain diagonally like a sand-dwelling crustacean. Crab Mode is enabled by the electric pickup truck’s four-wheel steering capability and is a functionality that is “tailor-made for off-roading customers,” the company says.

Crab Mode was teased last week when GMC, the GM brand under which the EV will be sold, tweeted a Hummer badge with a crab graphic.

GM scratched the original May 20th reveal of the Hummer EV due to the COVID-19 pandemic. In the meantime, the automaker has been teasing images and releasing other details in a drip-drip fashion to build buzz for the electric truck’s unveiling.

The automaker announced earlier this year that it was reviving the Hummer brand for a 1,000-horsepower electric pickup truck and SUV, confirming months of rumors and reports that the icon of millennial excess was making a comeback.

The truck will be one of the cornerstones in GM’s $20 billion push into electric vehicles. It’ll be appropriately equipped, with GMC saying Wednesday that the new Hummer will feature the second generation of GM’s advanced driver assistance system, Super Cruise. It’s also powered by the modular “Ultium” electric vehicle platform that GM unveiled in March, which uses a battery pack that can scale up to 200kWh.

The Hummer pickup truck is slated to go into production in late 2021, with deliveries starting shortly after. That’s right around when Tesla’s Cybertruck is supposed to hit the road and just a few months after EV startup Rivian will start shipping its own electric pickup and SUV. There’s not currently a time frame for the Hummer SUV.