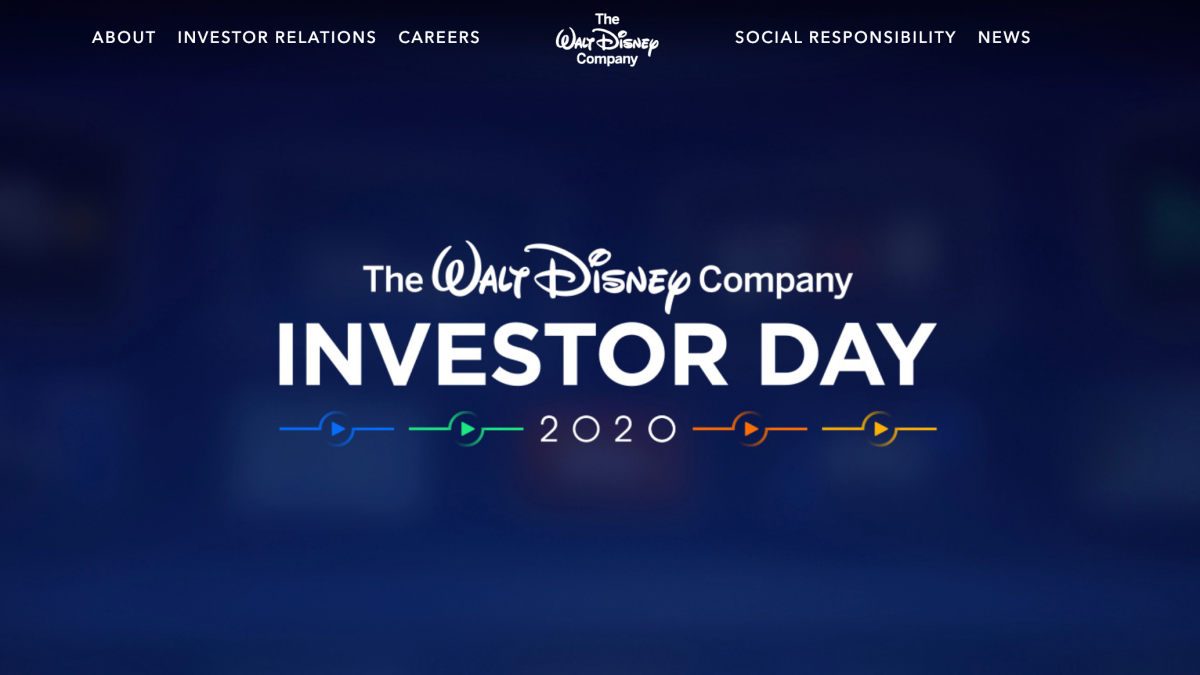 Disney has struggled during quarantine, forced to forgo substantial theatrical returns for probable hits like Mulan and Soul in favor of streaming, delay the next phase of the Marvel moneymaking machine until 2021 at the earliest, and shutter or severely curtail business at its parks (laying off tens of thousands of employees in the process)—to name but a few of the factors contributing to an 82 percent drop in operating revenue for the 4th quarter of fiscal year 2020. But don’t weep for the Mouse just yet—they’ve got big plans in store, and if you’re interested, you can tune in yourself to hear all about them later today.

Just as it did in 2019, Disney will be live-streaming its 2020 Investor Day presentations, which will provide insights into what the multi-national corporation expects out of 2021—and what that will mean for the substantial number of popular media franchises Disney has gobbled up over the past decade or so, from Pixar, to Marvel, to Lucasfilm, to … everything that used to be Fox except the news (it remains unclear whether Donald Duck agrees that all of our cities are burning). The webcast is open to the public, and can be viewed live at this link, starting at 4:30 PM EST (1:30 PM PST) today.

The four-hour presentation is sure to offer telling insights into how the world’s most powerful media company views the global business landscape over the next year; reading between the lines, their feelings about, say, reopening theme parks could indicate how they’re expecting the rollout of a COVID vaccine to affect the bottom line. But it will also provide us with hints about what’s going to happen next in the Star Wars universe, which is certainly a lot more fun to think about. (Rumor has it big news about plans for more TV series and films from the galaxy far, far away is imminent.)

In the wake of Warner Bros. announcement that its entire 2021 theatrical slate, from Dune to In the Heights, will launch on HBO Max, it will also be interesting to see how Disney will handle its own pivot to streaming (especially if you’re one of the many movie-goers worried that the theatrical experience might not survive the pandemic).

However you feel personally about that, on the eve of the presentation the company’s stock hit record highs, indicating backers are feeling bullish about already announced plans to shift the business to focus on “direct to consumer” model that will forefront the Disney+ streaming service. What will that mean for the Marvel Cinematic Universe, or little Baby Grogu, or whatever Pixar is dreaming up next? You’ll have to tune in to find out.