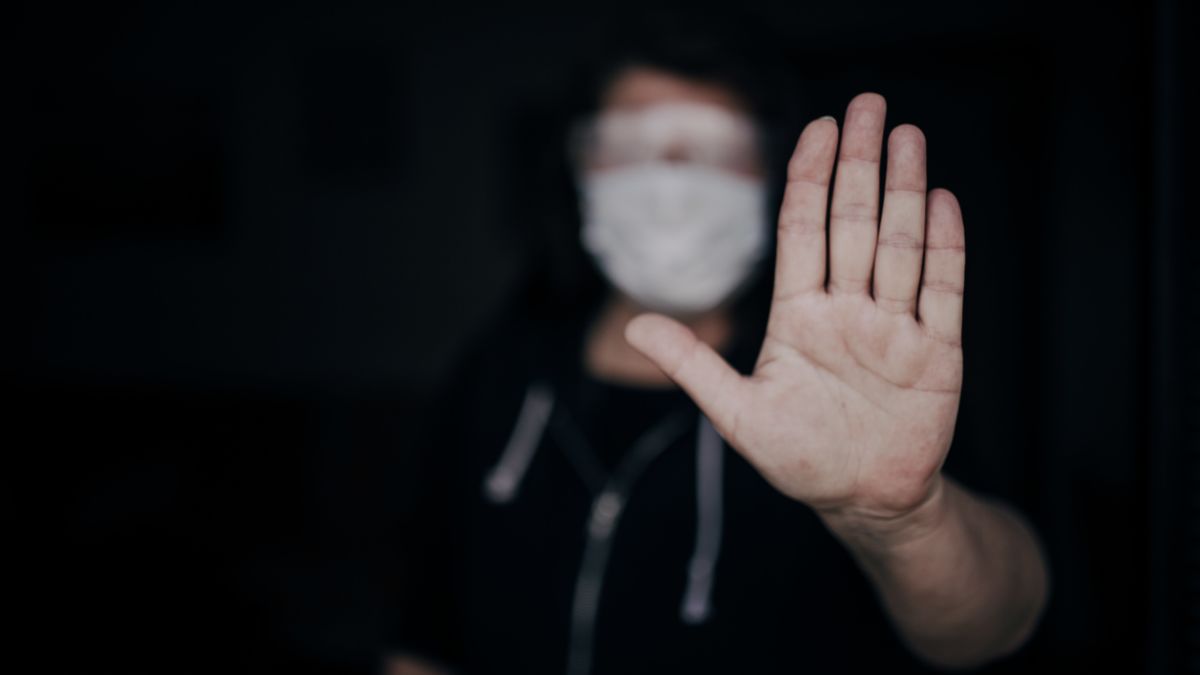 Since March, people throughout the world have been living within at least two separate spheres of reality. One sphere is inhabited by those who have changed their daily habits in light of the global crisis of the COVID-19 pandemic, their every action now dictated by a desire to keep themselves and others safe from a new and highly contagious virus that’s killed nearly 250,000 people in the United States and pushed the economy into the abyss.

In the other lives the people who view COVID differently. Perhaps they think pandemic safety precautions, like wearing masks, are tyrannical government overreach. Maybe they have a certain fatalistic indifference to cramming into crowded restaurants, or question the scientific consensus about vaccines and social distancing. They might even think the pandemic is a hoax dreamed up by Bill Gates as part of an effort to usher in a new world order.

If you’re someone who trusts mainstream science, it can be difficult to talk to friends, loved ones, or family members who fall into the latter camp. Maybe you fear for their safety (because they aren’t following health recommendations) or worry they are falling victim to conspiracy theories (if they subscribe to Facebook groups that push misinformation about vaccines).

If that’s the case, you may yet feel compelled to talk to this person about the pandemic and their role in it. Here are a few ways to approach this difficult conversation.

Try to be empathetic

This is easier said than done, especially given the apparent indifference this mindset shows for the carnage wrought by COVID. To save yourself some anguish, try to look at this person as someone you may be able to help, rather than someone who needs to be mercilessly reprimanded.

During a disagreement, people would rather be talked to than yelled at. While laboring to convince someone of an objective reality is maddening, especially when the stakes are so dire, you have to stay calm. Try to understand why this person feels the way they do and to listen to their concerns, however misguided they may be.

As Shuhan He, a physician at Harvard Massachusetts General Hospital’s Emergency Department told Lifehacker in March:

I think there is something to be said for listening to people and trying to hear their concerns. Look, I’m a doctor at a major hospital associated with Harvard University, one of the world’s leading institutions. My entire life is to speak in disclaimers, jargon and technicalities because we always want to be technically correct. But that stuff doesn’t work that well when it comes to changing regular people’s behaviors.

Approach them with seeming curiosity

A good way to get someone to speak candidly to you is to approach them with innocent curiosity. In this context, you’re probably not really curious about why they chose to attend an anti-lockdown rally, but it can’t hurt to frame it that way.

Studies have concluded that curiosity engenders mutual understanding. If you’re ultimately looking to get someone to listen to you, it’s best not to cast judgement in an overt, or even noticeable, way.

Don’t get me wrong, you don’t have to prop up someone’s conspiratorial thinking or cheer on their disregard for the safety of those around them. You’re trying to get this person to listen to an opposing point of view. If you validate what you can about their existing beliefs (within reason), it will work to your advantage.

For example, if your uncle thinks a state-ordered mask mandate is the harbinger of America’s descent into an anarcho-Marxist politburo, you can validate his concerns sparingly by saying, “I understand you have concerns about your civil liberties. Nobody wants to have their freedom taken away, including me.”

Have the conversation in a safe environment

There’s no need to have this conversation in front of an audience. It’s not something to hash out in front of the entire family during the Thanksgiving dinner you definitely shouldn’t be having next week.

Your attempt to appeal to this person could be viewed as disingenuous; you don’t want it to appear as if you are just trying to burn or humiliate them in front of the peanut gallery. If you think they are approachable enough to be talked to at all, sit down with them privately (preferably outside, where transmission risk is lower).

Hit them with the facts

Now we get to the part that you’ve been thinking about all along. Once you’ve cultivated enough trust, you have to firmly and calmly hammer home reality. Much of this might hinge on countering whatever fringe intel they’re bringing to the conversation through the citation of real facts and figures.

If you’re short on any of this info, just read the news. For starters, the Coronavirus Resource Center at Johns Hopkins University is one of the most heavily cited trackers of daily cases and deaths in the United States. Beyond that, there’s a large enough body of public knowledge about COVID out there that you really have everything you need to help this person at least begin to consider your perspective.

Masks do help lessen the spread, mouthwash won’t cure COVID, herd immunity isn’t a panacea, the coronavirus can be airborne, and so on and so forth. This is just a sampling of the points you can raise in a respectful way.

Unfortunately, all of your hard work and good-natured attempts to understand and communicate with the other person may not do any good. Many people are stubborn by nature, and considering the daily cavalcade of pandemic misinformation clogging up newsfeeds and airwaves all over the world, they might already be irrevocably siloed off into their own chosen reality. You can show them the door, but you can’t make them walk through it, etc.

You can, however, make the right choices for yourself and those in your immediate sphere. This will eventually end, as recent promising vaccine developments present a glimmer of light at the end of the tunnel. Until we get there, though, do your best to stay sane and focus on what you can control.