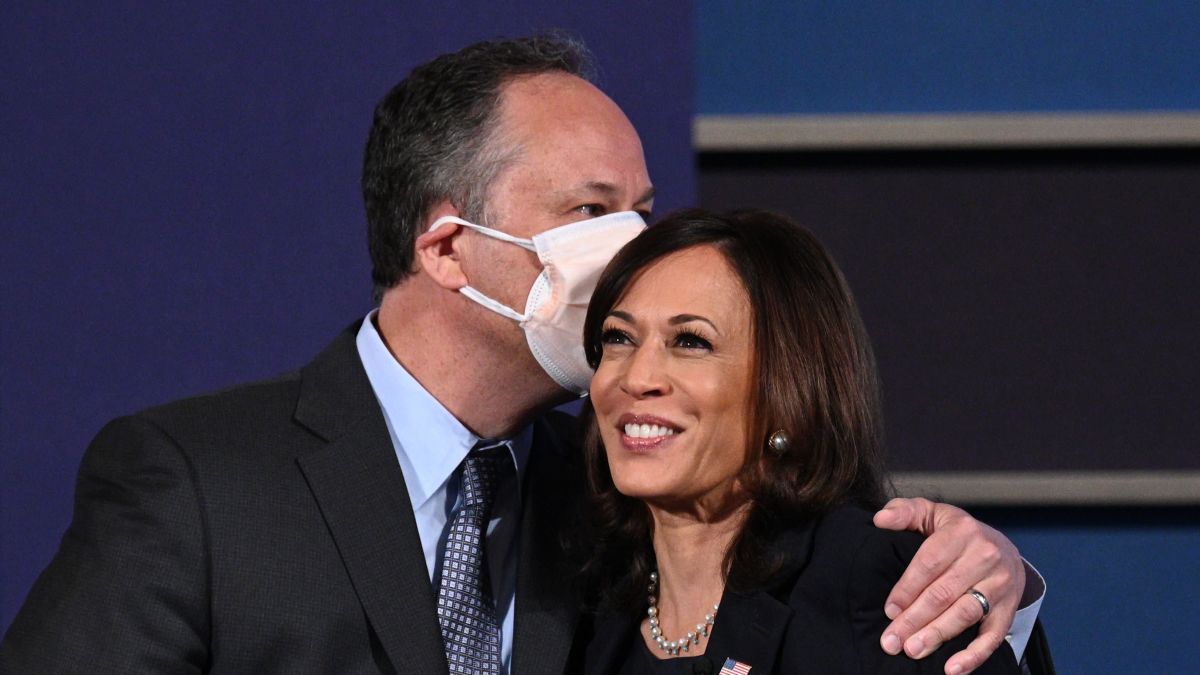 Vice President Kamala Harris’ marriage to Doug Emhoff carries a historic magnitude: Emhoff’s status as the first Second Gentleman in the nation’s history is alone a milestone for the U.S. politics, but his proximity to the White House means an interracial couple has been catapulted to a position of national prominence seldom seen throughout history.

With a 400-year legacy of slavery and racial oppression comes a constantly evolving understanding of how to discuss contemporary racial politics in America. That legacy has shaped our national and personal understandings of how to discuss interracial relationships, which can still be subject to both casual and overt forms of repudiation.

Here’s how we can consider the broad arch of civil rights history when discussing interracial relationships today.

Interracial marriage was illegal in many states until 1967

Interracial relationships are, in many ways, a 400-year-old taboo. The colony of Virginia had an ordinance on the books that banned interracial marriage in 1661, according to an overview from Ferris State University.

Even after the Civil War and Reconstruction, anti-miscegenation laws—rules forbidding marital unions between white and non-white men and women—prevailed throughout the country. These laws were ingrained in the social dynamics of 19th century America, with only a handful of states, such as Pennsylvania, Washington, and Maine, repealing the laws before 1888.

Many states gradually shed those rules into the 20th century, but it wasn’t until 1967 that the issue was thrust before the Supreme Court amid the fervor of the Civil Rights Movement. Proceedings for Loving v. Virginia saw a landmark case that ultimately determined a white man, Richard Loving, could marry a Black and Native American woman, Mildred Loving, in the state of Virginia. Prior to the case working its way up to the nation’s highest legislative body, the couple had been sentenced to a year in jail after tying the knot in Washington D.C., though a Virginia “judge suspended the sentence for 25 years on the condition that the couple left Virginia,” per the National Constitution Center.

The decision overturned bans on interracial marriage in the 16 states with miscegenation laws still on the books, and signaled a sign of retreat for Jim Crow just as president Lyndon Johnson prepared to sign the Civil Rights Act of 1968. The National Constitution Center elaborates on the Loving decision’s significance:

The United States Supreme Court, in a unanimous decision, reversed the Virginia Court’s ruling and held that the Equal Protection Clause required strict scrutiny to apply to all race-based classifications. Furthermore, the Court cited the Due Process Clause and concluded that the law was rooted in invidious racial discrimination, making it impossible to satisfy a compelling government interest.

“Under our Constitution,” wrote Chief Justice Earl Warren, “the freedom to marry, or not marry, a person of another race resides with the individual, and cannot be infringed by the State.”

A legacy of taboo still remains

A legacy of misunderstanding remains when it comes to interracial relationships—and there are cues one can recognize to avoid falling into a taboo trap.

As Kendall Tiarra recently wrote in an essay for PopSugar, there remains a culture of fetishization surrounding people of color that can inform everyday interactions with white people. Tiarra explains that even well-intentioned gestures can be pretty racist at times:

It’s extremely problematic, even for well-intended white people, to shrink my desirability as a woman into a mere sexual fetish. The middle of these two extremes do exist, and if you think setting me up with some random white dude who “likes Black girls” is a favor, you’re racist too.

It’s possible to be in a mixed-race relationship and still behave in a racist way; just because you’re in love with an individual of a different background doesn’t mean you can’t harbor convictions rooted in stereotype.

The psychiatrist Margaret Seide explained how this works in an interview with Insider last year:

You can be a racist while dating a Black person, because I don’t think the stuff that comes with Blackness — as in the stereotypes, the concepts, or the images of Black people being poor, dishonest, violent, untrustworthy — that is so much more than just a color.

When it comes to discussing interracial relationships, there’s a slight irony at play in that it’s best to treat a mixed-race couple as we would any other couple, while at the same time ignoring the urge to subscribe to notions of colorblindness. To that end, it’s best to avoid making gushy statements about how beautiful their hypothetical children might be, considering that might only reinforce misguided ideas of exoticism.

We can also avoid asking questions about whether a couple’s parents or family are upset about their choice of significant other. It’s true that mixed race couples are more socially accepted than ever before, but there’s still an undercurrent of deep unease in American society that often crops up in different ways, like when mixed race couples are peppered with these uncomfortable questions. These are good lessons to learn when it comes to mixed race couples from all walks of life, from the Vice President to people we know personally.