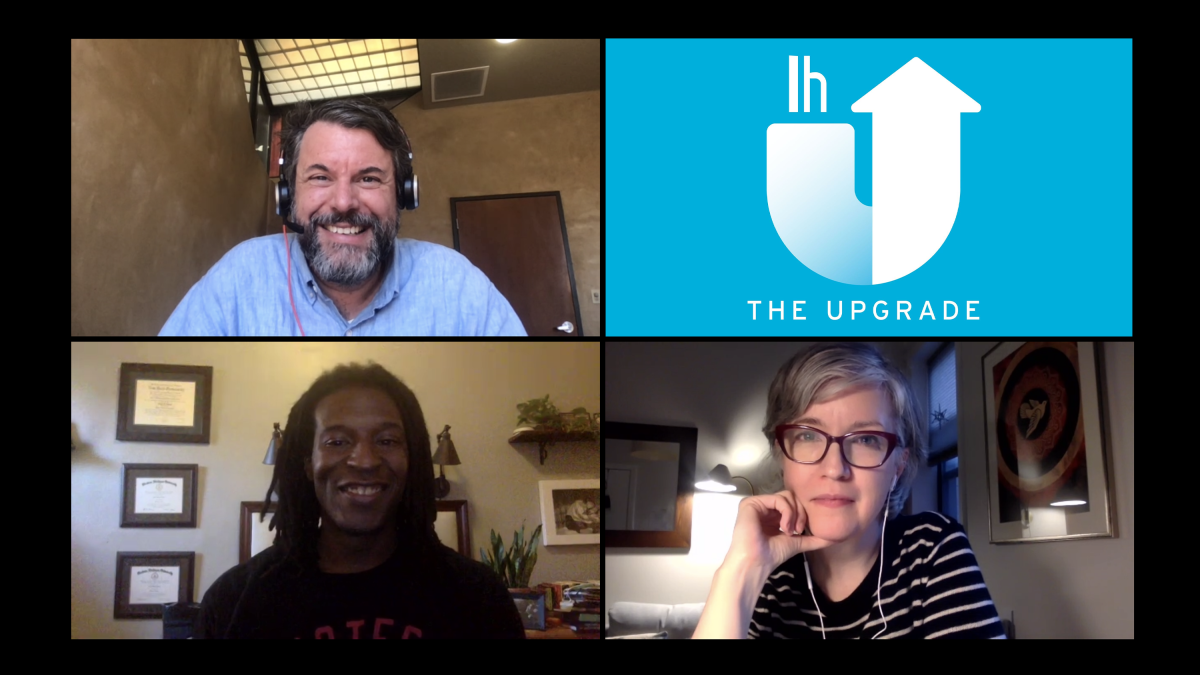 This week we’re getting advice on how to make our New Year’s resolutions stick with help from Pulitzer Prize-winning journalist Charles Duhigg. Listen to hear Charles share multiple science-backed strategies we can use to enhance habit formation, transform bad habits into good ones, and how mental models can help us achieve our goals.

Charles is the author of The Power of Habit: Why We Do What We Do in Life and Business, and Smarter Faster Better: The Transformative Power of Real Productivity, and is also the host of the podcast How To! With Charles Duhigg.

Listen to The Upgrade above or find us in all the usual places podcasts are served, including Apple Podcasts, Google Play, Spotify, iHeartRadio, and NPR One.

Highlights from this week’s episode

From the Charles Duhigg interview:

On how to maintain the good habits you’ve developed during quarantine:

The first thing you need to do is you need to write down, like, actually literally take out a pen and paper and write down the habits that you have right now that you like, that the pandemic has given to you, that you want to keep because you’re going to forget them otherwise. Like once life starts up again, you’re going to forget. So write down what habits you want to keep and write down what is the cue and the reward that I’m getting right now from having dinner with my kids, from spending more time with my children, from going for a run every single morning…Because once life starts again, you’re going to forget what it feels like. You’re going to forget what those rewards are. The second thing you should do is you should try and figure out how do these correspond to my values? Because one of the things that we know is that the behaviors that it is easiest for us to reinforce our behaviors that we see as core to our identity, which usually means that they offer something that corresponds to our values.

On the importance of making concrete plans for your new habits:

On how to actually extinguish a bad habit:

So there’s a part of our brain known as the basal ganglia that exists basically just to make habits. And every animal has this. It’s one of the most important things that’s allowed every animal to evolve. And so the way the basal ganglia works is that when it finds a cue routine and reward, it sort of puts those in a neural pathway together and makes it easier for that pathway to get activated. And so once that pathway is there, it never goes away…So instead of thinking of it as breaking a bad habit, using our willpower to extinguish that cue routine and reward, what we should think of it is as is changing that habit, because that’s much, much more effective. And so what you do is you say, “OK, let me identify and diagnose the cue routine reward that’s driving this behavior. Now I’m going to find a new better behavior that is triggered by that old cue, and I wanted to deliver something similar to that old reward. But I’m going to try and sort of shoehorn this new behavior in.” And as a result, it’s going to be much, much easier because there’s a pathway there to kind of embrace it.

To hear more of Charles’ brilliant tricks and insights, we recommend listening to the full episode.

Have any feedback or ideas for future episodes? Want to be featured on the show? Leave us a voicemail at 347-687-8109 or send a voice memo to [email protected]