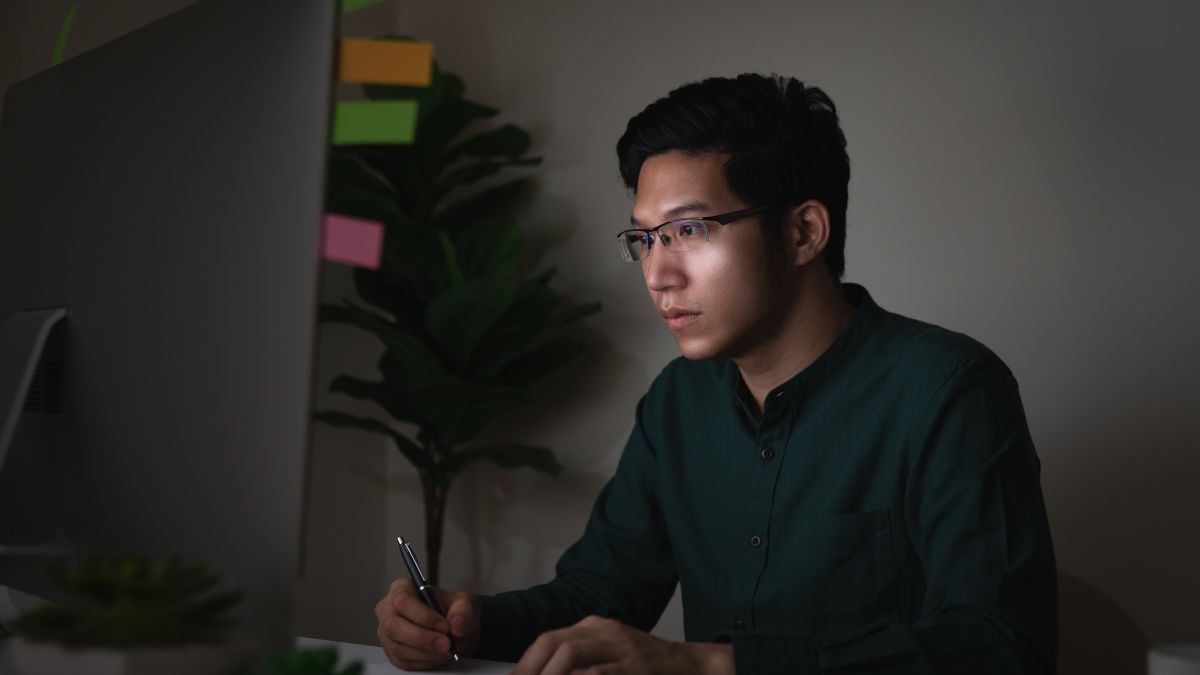 Finals, due dates, exams, and deadlines all have one thing in common: they convince us that skipping sleep is a good idea. While that’s certainly not true, sometimes pulling an all-nighter is your only option to get things done. And if you have to go that route, you may as well do it right.

First, let’s talk about what we mean by an “all-nighter.” Some people are naturally night owls and tend towards later schedules. If you work the evening shift, go to bed at 4 a.m., and wake up at noon, you’re not pulling an all-nighter, you just have an atypical schedule. However, if you’re planning to get three hours of sleep tonight so you can meet that deadline, congratulations, you’re an all-nighter candidate. Before you grab that energy drink, though, ask yourself if this is really worthwhile.

When to pull an all-nighter

Denying your body sleep is naturally unhealthy. As such, there’s one rule above all others for pulling an all-nighter: don’t. Obviously, that’s not always the most practical solution and some days you just have to work late. However, you should always keep in mind that reducing your amount of sleep takes a toll on your body. If minimizing sleep is a part of your typical routine, you’re going to ruin any of the productivity benefits you’d gain with those extra few hours.

All-nighters are also not great for your memory, attention, or focus the following day. Staying up til 4 a.m. to study for a test at 8 a.m. is a bad idea. Just because you spent all night reading words on pages doesn’t mean your brain retained the information. If you need to function the following day, cut your losses—or at least compromise and get some sleep.

There are still some situations where staying up all night might not kill any benefit you would otherwise gain:

How to tackle the big night

Pulling an all-nighter should be treated like any other physically challenging endeavor: you need to make sure you have the right supplies and prepare yourself before going in. When you know you’re going to be skipping sleep, follow these guidelines:

If possible, take a power nap

Pulling an all-nighter is stealing sleep from your future self. Make up for it by topping off your metaphorical tank before you get started. The more sleep you can get beforehand, the less you’ll hurt yourself later on. In an interview with how-to blog Art of Manliness, a former Navy SEAL explains why it’s important to begin an all-nighter with a nap:

Make sure you don’t get behind on sleep. When you know an all-nighter is coming, see if you can bank a few extra hours in advance. That makes the well deeper when you have to dip into sleep reserves. This really works.

Taking a nap before your work binge is going to do world’s more good than taking one in the middle. If you wait until you’re already exhausted to “just take a quick nap,” you might not wake up for hours. The only thing worse than missing sleep is missing sleep and having nothing to show for it. This would also be a good time to brush up on the right duration nap for the brain boost you need.

Your body needs something to burn to get through the night, particularly if you’re focused on a brain-intensive task like writing a paper, so it’s a good idea to grab some snacks or an extra meal. What you eat matters, though. Instead of focusing on carbs (potato chips, pizza, and most of the biggest late-night cramming staples), focus on protein consumption. Why? Carbs store energy for later, and can even make you sleepier in the short term:

Everybody associates foods high in carbohydrates (like breads and pasta) with energy, but what they really do is prepare your body to exert energy. This means that only exercise makes the carbs in your body start your wheels turning.

According to Dr. Nathan Shier, an Indiana University, Bloomington, IN, professor of nutrition science, consuming high-carb foods releases high levels of a hormone called serotonin into the brain. Too much serotonin makes you lethargic. Translation? Stay away from high-carb meals before and while studying or you’ll spend your “all-nighter” asleep on top of your keyboard.

Proteins are going to be much more helpful in keeping you going through the night. So, instead of a bag of Doritos and some cookies, reach for some jerky and a protein drink.

Grab caffeine (but abstain from it first)

Caffeine is the obvious staple for staying up late throughout the night. Additionally, while it’s not exactly the healthiest option, energy drinks are actually effective at keeping you up and even improving focus (though you will crash later). The trick, however, is to avoid caffeine leading up to your anti-sleep protest. Once again, the Art of Manliness explains how drinking caffeine throughout the day reduces the effectiveness of the drug at night:

All of the SPEC-OPS guys we talked to unsurprisingly recommended consuming some sort of caffeine throughout the night. The trick, according to all of them, is to lay off the caffeine the day before and the day leading up to your all-nighter. Your body and mind build up a tolerance to caffeine, so if you’ve been ceaselessly pounding back the coffee all week long, it won’t have as strong of an effect during your round-the-clock vigil.

This effect makes a fairly strong argument in favor of reducing or eliminating the amount of caffeine in your diet in general. Caffeine has a tangible and sometimes useful effect on your brain, but if you’re using it constantly, it will be of the least help when you need it the most. It’s also worth stating yet again, this scenario is far from ideal. We all know what desperate times call for, but using caffeine to avoid sleep on the regular will destroy your productivity, focus, and even memory.

The effects of a physical workout on your brain and productivity can’t be overstated. In the same way that a quick, 20-minute workout can help your brain directly before an exam, exercise can help boost your brain’s ability to learn and retain information, as well as improving creative thinking. We call this trait neuroplasticity.

You don’t want to exhaust yourself with a full body workout, of course. However, going for a walk, doing a few pushups or jumping jacks, or something to get your blood flowing will help keep your brain on the right track. This is a basic physiological response to thousands of years of evolution: if prehistoric humans fell asleep while running from danger, chances are they wouldn’t live very long. When your body is exerting physical energy, it signals to your brain that now is the time to be alert and focused, not to drift off to dream land.

When you’re done, rest and regroup

You made it through the night, finished up that project, completed that paper, built that battle robot or whatever it is you needed to do. You met your deadline and the deed is done. Now’s the time to get back on track. It’s going to be tempting to crash as soon as you get home—and sneaking in a nap can help you get through the day!—but to get back on your schedule properly, wait until your usual bedtime to crash. At the very least, don’t go to bed more than a couple hours earlier than you normally would. When you do, make sure you get a full night’s sleep.

The most important recovery technique of all is to stop pulling all-nighters as much as humanly possible. Especially when you’re in college or work a demanding job, it can be tempting to run on minimal amounts of sleep and maximum amounts of energy drinks. This will kill your productivity over the long-term (to say nothing of the effects sleep loss can have on the brain). Besides, developing good sleep habits can mean you need less sleep overall anyway. So, if it’s crunch time and you just have to get that one important project done, do what you have to do. But don’t make a lifestyle out of it.

This story was originally published in April 2014 and was updated on January 26, 2021 to meet Lifehacker style guidelines.