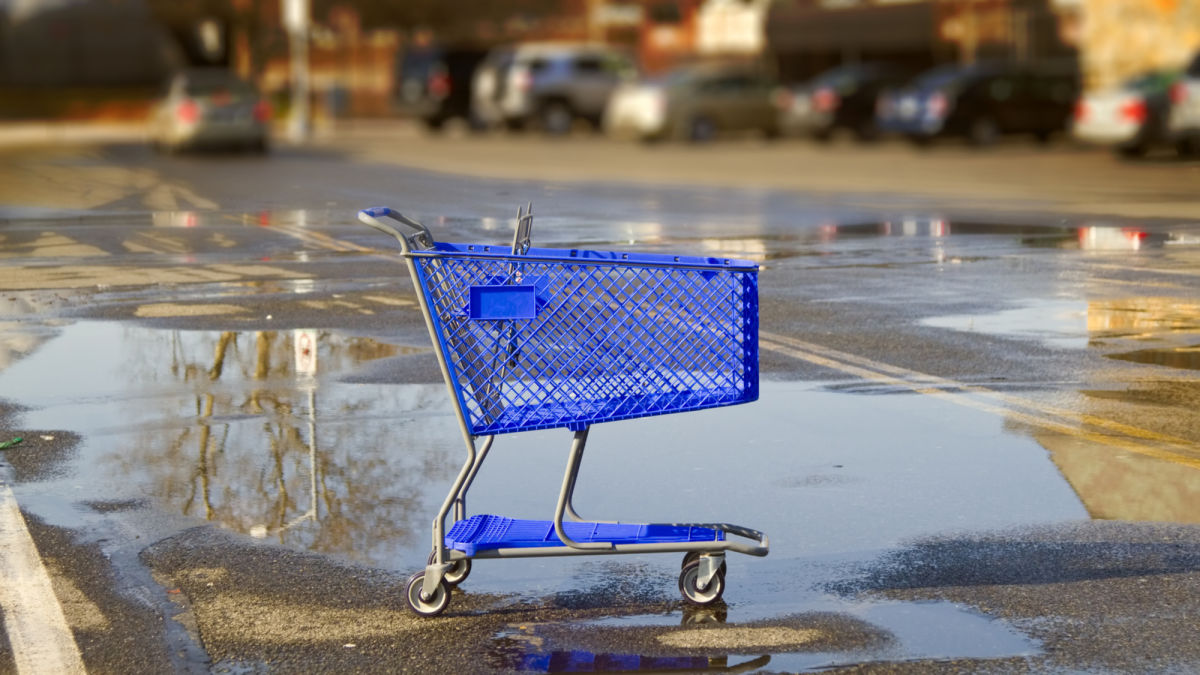 Everyone is the hero of their own life story, or so the enduring aphorism goes, yet enough of us are worried we might secretly be villains to have spawned an extremely active subreddit, Am I the Asshole? Here, people appeal to a jury of their internet peers to determine if their questionable behavior is either justified or beyond the pale. While it’s certainly fun to read in a gawking-at-a-car-crash kinda way, the forum focuses on bespoke conundrums of assholic behavior rather than establishing baseline ground rules for easily determining if you are, generally, an asshole. Luckily, there’s a far simpler way to do that.

It comes to use via Twitter user @ANTICHRISTJARED, who just can’t fucking stop thinking about the Shopping Cart Theory:

The anonymously penned Shopping Cart Theory, the precise origins of which are shrouded in mystery, posits that what you do with your shopping cart in the grocery store parking lot speaks greatly to your personal character. Do you leave it where you parked or do you return it to the cart corral, saving a hapless grocery store employee the time it takes to collect it and protecting others’ cars from damage? There is no dire emergency preventing you from returning the cart, and the only impetus to return it is your willingness to adhere to the social contract; no one is forcing you, even if only to get your quarter back.

The theory attaches a moral component to the Platonic notion of self-governance, which is a person or community’s ability to regulate their own behavior so that they can co-exist within a functional society. Philosopher John Locke suggested that the ability to self-govern is the source of true freedom. But at its basest level, and as so wonderfully phrased by its anonymous creator, a self-governance test like the Shopping Cart Theory can also reveal whether you are a good or bad member of society.

Other asshole benchmarks to consider

Of course, the shopping cart return is but one aspect of living in a society. Basically everything we do while out and about in some small way requires us to abide by or break social norms. Some of these are obvious—do you keep a $100 bill you see someone drop? Some allow for more nuance—what do you do if you find that $100 but didn’t see who dropped it? And then there are those strictures to which if you do not abide, you are most certainly an asshole. Such as:

I live in New York City, which means I only need to wander around my Brooklyn neighborhood to find ample evidence that I am surrounded by assholes, because the streets are constantly covered with garbage. Yes, we are a city without alleys, and lots of people and too few public garbage cans mean trash often goes spilling out onto the street. Yes, we are a city suffering from a crisis of homelessness, and I’m not suggesting that people without a place to live or facing food insecurity should be chiefly concerned with keeping paper bags off the street. But it’s no accident when people leave, say, two half-filled plastic cups of pricey iced coffee perched on a cement railing, where they will linger until they are finally knocked over and migrate into the general trash pile collecting around the base of a sad, lone tree (a totally hypothetical example).

Legend has it that, in designing his theme parks, Walt Disney launched a study that determined that the average person will walk no more than 30 feet before they toss a piece of garbage they don’t feel like carrying on the ground. This suggests to me that an alarming number of people are assholes, because there is no acceptable distance after which you are free to litter. Can’t find a can? Carry that candy wrapper home with you. If you do not, well.

Do you let people off the train before you board?

This is, admittedly, more of an issue for city-dwellers, but it is an example that can be extrapolated to other scenarios as well, such as holding doors for those exiting a building as you attempt to enter. But in short: If you are boarding a train without letting disembarking passengers exit it first, you are an asshole.

Shoving yourself onto the train first creates bottlenecks that slow down service not just for your particular train, but every train behind it, creating a cascading effect that can swamp an entire system. It is a problem that has plagued NYC subways for years; attempts to alleviate it have included countdown clocks, verbal announcements and redesigned trains with wider doors that make boarding easier. But also, people could just… not be assholes.

(This also applies to people who stick a foot into a closing door or attempt to hold a train for a friend. If you do this, and there is no emergency, you officially suck.)

Do you curb your dog?

This is, perhaps, the ultimate test of whether you are an asshole or not. Because no, no one likes picking up their dog’s warm shit. But I’d rather do that than ever step in someone else’s dog’s shit. I don’t think I need to say anything more here. Curb your goddamn dog. There’s no excuse.

No doubt you can think of countless other minor examples of self-governing behavior that we ask of our fellow citizens on the regular. And yes, our society is rife with systemic inequalities that reveal we are often profoundly and disturbingly unable to relate to our fellow humans as, you know, humans. But those are big, difficult problems without easy answers. You cannot, personally, ensure that every American is treated justly and fairly by police, the government, your neighbors.

But you can definitely throw away your goddamn McDonald’s bag.