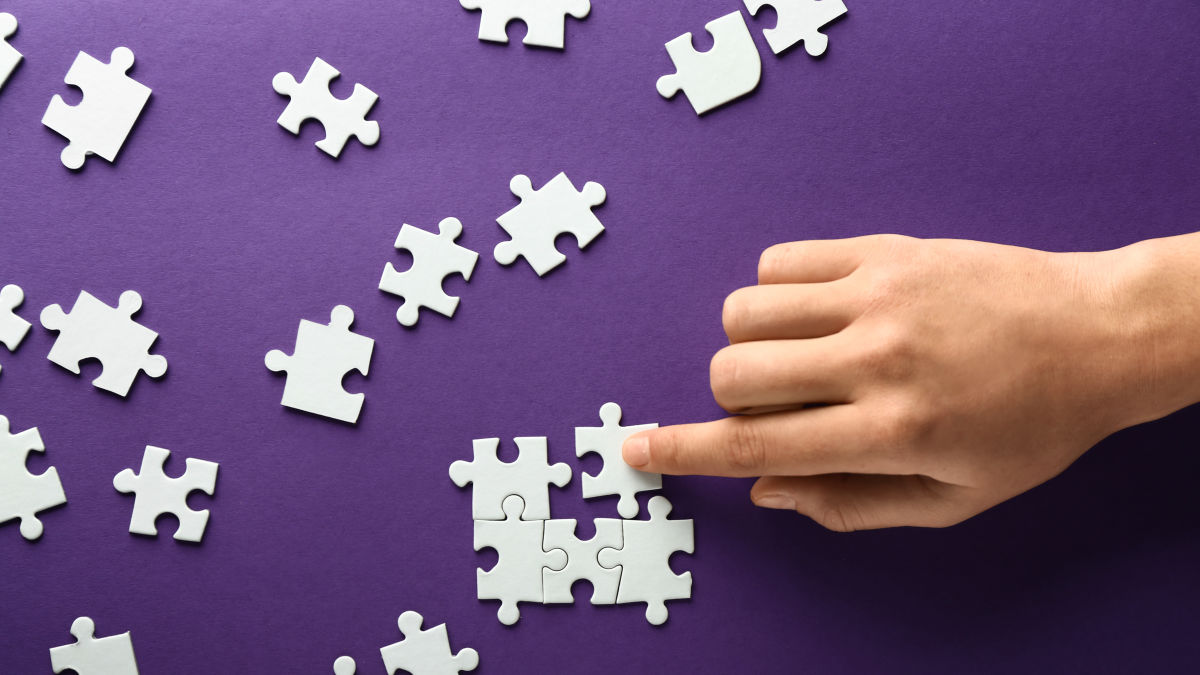 Just as our bodies tend to atrophy the older you get, so do our brains. We all know you can keep your body physically fit to stave off an inevitable decline, but can we do the same with our minds?

Despite what you may think about your brain being a hardwired organ incapable of reinventing itself past a certain age, there are ways to forge new cognitive connections through a concept called neuroplasticity—the ability of neural networks in the brain to establish new connections in response to new information and stimuli. As it turns out, caring for your brain is similar to taking your body to the gym in that you can mitigate your brain’s atrophy through exercises you can do from home at your own leisure, and forging those new connections can keep your brain chugging along well into your golden years.

Broadly speaking, neuoplasticity is the process by which the brain absorbs information and learns new things. It’s a constant process, beginning in your earlier, childhood years—a phase known as developmental plasticity—in which your mind forges nascent connections as neurons sprout branches that become synapses.

As Britannica explains, not all synapses formed in this stage are created equally. Many are gradually weeded out by the brain once they’re determined to be less useful than others, while the more pertinent connections are strengthened. When it comes to your adult brain, however, some of these neural pathways become hardwired, while others remain malleable.

It’s these pathways amenable to forging new connections that remain the crux of neuroplasticisity. As Britannica notes:

Although some neural functions appear to be hard-wired in specific, localized regions of the brain, certain neural networks exhibit modularity and carry out specific functions while also retaining the capacity to deviate from their usual functions and to reorganize themselves. Hence, neuroplasticity is considered generally to be a complex, multifaceted, fundamental property of the brain.

Neuroplasticity is a notably complex phenomenon that researchers study intently, and one of the ways in which scientists examine the concept is through the study of disease or brain trauma. According to Stanford University, some evidence suggests the brain reinvents itself after suffering damage due to injury or disease:

Existing neural pathways that are inactive or used for other purposes show the ability to take over and carry out functions lost to degeneration, and there is evidence that reorganization in the adult brain can even involve the formation of new neural connections.

A good place to start, perhaps ironically, is to keep your body active and healthy. Much research has shown the links between physical exercise and strong cognition. A 2018 study published in the journal Frontiers of Psychology notes how exercise is a “strong gene modulator that induces structural and functional changes in the brain, determining enormous benefit on both cognitive functioning and wellbeing.”

Aside from that, additional research has found that exercise is a good protective barrier against various neurological threats imposed by aging. The neuroscientist Arthur Kramer’s 2008 research probed links between exercise and neuroplasticity, determining that forging more neural pathways allows the brain to “respond to strokes, Alzheimer’s disease, or head traumas from falls, which all become more likely as you age.”

Solving problems stimulates the mind, so if you’re frequently challenging your mind by venturing into foreign territory, you’re going to experience the benefits. Studies have shown how doing puzzles once a day or a few times a week can continuously keep your neural pathways humming; crossword puzzles and Sudoku are also beneficial in this regard.

As Douglas Scharre, a neuroscientist at Ohio State University, explained to US News and World Report last year:

Puzzles and games, especially those involving novelty, can stimulate and challenge key parts of the brain, including reasoning, language, logic, visual perception, attention and flexibility.

The same is true of learning a new language—something that’s easier for younger children whose brains are still forming vital neural connections. Still, challenging yourself to understand a new language can pose enormous benefits for your brain’s longterm health, regardless of your age. You don’t necessarily have to sign up for French classes though, as reading and writing have shown to pose some protective benefits against the onset of dementia, according to Scharre.

Perhaps above all, however, it might be best to take up new hobbies in adulthood. Learning new things that expose you to areas of uncertainty is really at the heart of neuroplasticity—and thus your cognitive health.