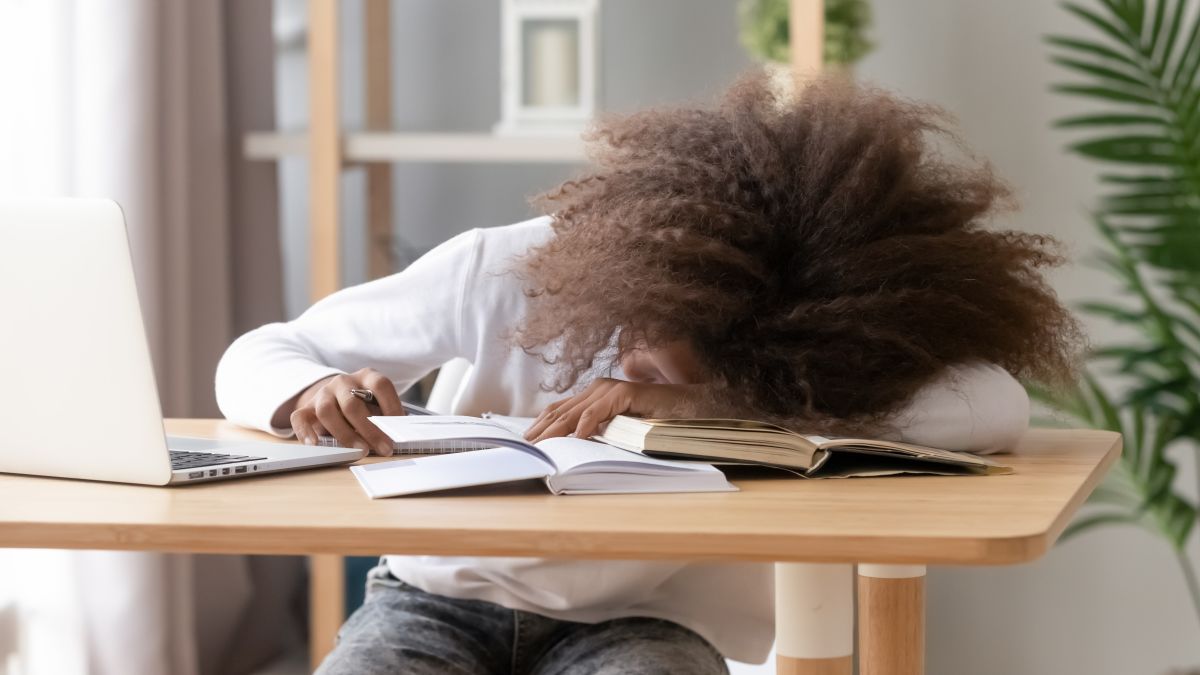 We’re just about a year into this pandemic, and it’s been hard on basically everyone. From toddlers who can’t socialize with their little toddler friends to the elderly who haven’t hugged a single family member in a year, each one of us has been negatively impacted, regardless of our age, occupation, or financial situation. With kids in particular, though, there is one group that has gotten a bit overlooked in all of this—our tweens.

I—the parent of a tween—have said many times since this whole fiasco began that I feel lucky (“lucky” is defined loosely here) that if my child has to live through a pandemic, it is happening while he’s 10 years old. Parents of newborns and toddlers have spent a traditionally isolating time of parenthood even more isolated. And parents of early elementary kids haven’t had time to think about their isolation because they’ve been managing all aspects of virtual learning, from troubleshooting tech issues to simply trying to keep them in their damn seats.

(Plus, no kid is ever as excited to go to school as they are when they’re a brand new kindergartener; but what they experienced as kindergarteners this year was not something to be excited about.)

On the other end of the childhood spectrum are our teenagers, who are missing out on everything that makes those last couple of years of high school so special. You can’t get back all those football games against the rival high school, the Friday night bonfires, the constant hanging out in someone’s basement, the part-time job, the homecomings and proms—and the in-person graduations.

Comparatively speaking, tweens—and their parents—may seem like they have it easier. And in a lot of ways, they do. They’re old enough to manage their own virtual schooling. My son completes his work on his own without me needing to double-check every last thing (except the all-important question: Did you take attendance?). And he has several more normal years ahead of him to play sports, join clubs, hang out with his friends, and create post-pandemic childhood memories.

But it’s not a competition over who has it hardest, and the truth is that even without a pandemic, the tween years—from about ages nine through 12, give or take—is a critical developmental time for our kids. Their bodies are changing, their hormones are shifting, they may begin to pull away from us a bit, and they may become moodier at times or have fall-outs with friends. Add in months and months of a pandemic, and it can be hard to tell where the typical new tween behavior ends and anxiety or depression begins.

So I talked to Dr. Jill Emanuele, senior director of the Mood Disorders Center at the Child Mind Institute, about what parents of tweens should be watching for and focusing on right now.

Recognize what a critical time this is for them

First, Emanuele says, parents need to remember how important socialization is for kids in the pre-teenage years.

“It’s a critical developmental stage where they’re transitioning from being a child to being an adolescent,” she says. “And there’s so much that happens in those few brief years both hormonally, physically developmentally, and emotionally developmentally. And a lot of that centers around branching out into social relationships in a manner independent of your parents for the very first time.”

Because developing and maintaining those social relationships is so much more challenging right now, parents should be checking in with kids about how they’re feeling. Talk about whether they feel like they’re getting enough time with their friends and brainstorm other ways for them to safely connect with them until things return to normal. Putting masks on and tossing a ball around outside or going for a bike ride with a friend they haven’t seen in person in weeks or months might help foster a bit of that independence they crave.

Particularly as kids enter the late tween years and early teenage years, Emanuele says, can be a time when mental health disorders may start to emerge. So they might be at an age where they’re already more prone to anxiety or depression, both of which may be exacerbated by the pandemic.

That means losing interest in activities they used to love, changes in personality, or moodiness that lasts for a substantial amount of time.

“Tweens are going to have moodiness to some degree as it is; so having moodiness for a little bit of time—a couple of days in a row or having some mood swings—that’s not really the sign that something is wrong,” Emanuele says. “What you’re looking for is whether your child is having mood swings or a low mood for probably closer to two weeks.”

In addition, she says, if they’re talking about feeling sad, their grades are slipping, you notice they’re not communicating with friends on social media as much, they’re isolating more, or there are changes in appetite or sleep, they may be displaying signs of depression. Anxiety is likely to present itself as an increase in worries, whether they’re talking more regularly about things they’re worried about, or asking questions or expressing fears more than they were before.

“Is there a change in the way they function in the world?” she asks. “Is there any kind of impairment that seems to be lasting longer than a few days, or longer than a week? If so, then you want to start to really pay attention to that.”

Spend time with them

Not every problem can be solved with a little quality time, but in this case, it can help more than you might imagine. Given how much we’ve been home all these months, you may feel like the last thing you need is extra quality time with anyone living within your four walls. But if you’re not really connecting with your kids one-on-one during the day, making that a priority can have a positive effect.

“When parents think about spending time, they often think it has to be a large amount of time, but it doesn’t,” she says. “Fifteen minutes a day can make a huge difference in your relationship with your child. Even just if you’re sitting together watching a TV show, or everybody is eating together, or making time to have a conversation or take a walk—that helps you and that helps them.”