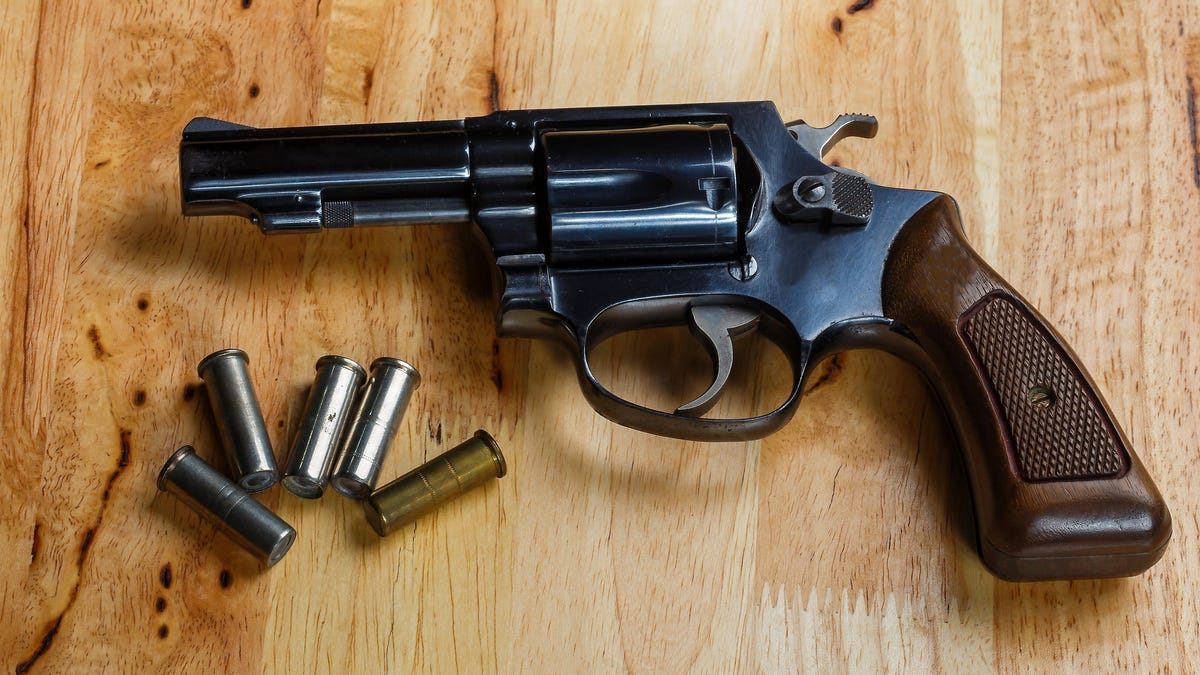 I grew up in a rural town in Michigan with several relatives who are avid hunters and, therefore, had guns in their homes. (In one case, those guns were probably stashed in random ceiling tiles and hollowed-out books, in preparation for an imagined future government raid.) Today, I live in Flint, Mich., a city with major gun violence problems.

Like many kids in schools across the country, mine have participated in mass shooter drills and have an understanding of differences between guns and violence in movies or video games and guns and violence in real life. And yet, because I am not a gun owner myself, the importance of having an in-depth conversation with my kids about gun safety has been a parental blindspot for me—one that was viscerally exposed earlier this spring.

My seven-year-old daughter is close friends with a neighbor girl of about the same age. The relationship has been critically important to both kids’ emotional well-being throughout the pandemic, as they’ve been able to safely see each other and play outside regularly in our yards even when they haven’t been able to socialize with friends in school. We also have a pretty laissez-faire policy in both houses about one child or the other excitedly racing over to pound on a door or window to ask to play.

On this particular day, my daughter followed the typical routine: She raced over, knocked, and then burst through the front door at the same moment that her friend’s dad was cleaning an unloaded gun. It was a harmless situation, but my daughter had never actually seen a real gun before, so she was momentarily freaked out.

Thankfully, my neighbor and his wife did a great job of explaining to her why the gun was out, letting her know that if she ever saw a gun out in any house that it is not to be touched or played with, and quickly informed me of what happened. It led to a good conversation, during which I was freely able to ask questions about how their guns are secured that, in hindsight, I probably should’ve thought to ask sooner.

Thankfully, there are also several resources and tips to better prepare non-gun owners for those conversations in a more proactive way.

Get over the awkwardness

In our current political climate, few issues are as politically charged as gun rights. And as is the case with many controversial issues, that can cause people to steer clear of the topic entirely to avoid confrontation or arguments.

One thing that growing up with family members who hunt helped teach me is that, often, just because someone owns a gun doesn’t mean they’re a diehard NRA anti-regulation enthusiast who envisions an armed vigilante deterring crime on every street in America. Reasonable conversations are possible, even between people who are gun enthusiasts and massive pacifists who would never own one.

Research also backs up the fact that gun owners and non-gun owners actually have more closely aligned views than you might expect when it comes to things like gun safety and regulation. A Johns Hopkins Bloomberg School of Public Health public opinion survey in 2018 found widespread agreement between the groups when it came to policies—with minimal differences in support between the two groups for things like background checks, prohibiting people with domestic violence restraining orders from owning a gun, and other widely discussed commonsense policies.

Understanding that there is often common ground to be found, even on controversial topics, can make starting those conversations less awkward.

For me, the awkwardness of discussing gun ownership with parents whom I’m friendly with but don’t know that well wasn’t the issue. The bigger stumbling block was not knowing the right questions to ask. Thankfully, SafeKids.org has a great list of gun safety tips that can serve as a guide for parents who don’t know enough about proper gun safety and storage to even begin to question it. Some key queries could include:

There are also good tips for talking with kids about guns in other homes. Those conversations include making sure that they understand that, in real life, guns hurt and kill people, unlike what they may see on television or in games. Kids should also understand that, if they find a gun, they should never touch it and they should tell an adult immediately.

Project Child Safe also offers an online quiz that can help with some guiding questions and parent resources.

Know where resources are in your community

Most communities have resources available to help with gun safety. Law enforcement in my community routinely passes out free gun locks in an effort to keep children safe. Project Child Safe also offers to send free safety kits that include a gun lock and safety instructions. The Project Child Safe website is a great resource to point other parents to if, in the course of a conversation, you discover they aren’t as safe as you’d expect them to be with guns they own. If they’re receptive to finding better storage and safety methods, these are great starting points to suggest. If they’re not … that’s much different conversation.

I’ve also tried to introduce my kids to the harm that gun violence does in our community. Flint, like many communities nationwide that struggle with gun violence, often has rallies, vigils, and other events to commemorate lives lost to guns in the community. These events typically feature powerful speakers and stories, as well as community, activist, and faith-based organizations that offer gun safety information, violence prevention information, and other tips. Attending some of these vigils has been a good way for my kids to really visibly see the seriousness of the issue.

Understand the consequences of avoiding the topic

According to research by Seattle Children’s Hospital and the University of Washington in 2020, as many as 40 percent of gun owners may not be securing guns properly, and as many as 39 percent keep a loaded firearm in their homes. Research by UC-Davis also points out that gun ownership rates have gone up during the COVID-19 pandemic.

Guns, simply, are prevalent in American homes. Even if gun-owning parents aren’t vocal about owning guns, it is not invasive to ask them pointed questions about how they store and secure them. In fact, it’s responsible. The topic is vital to protecting children and shouldn’t be taboo among parents.