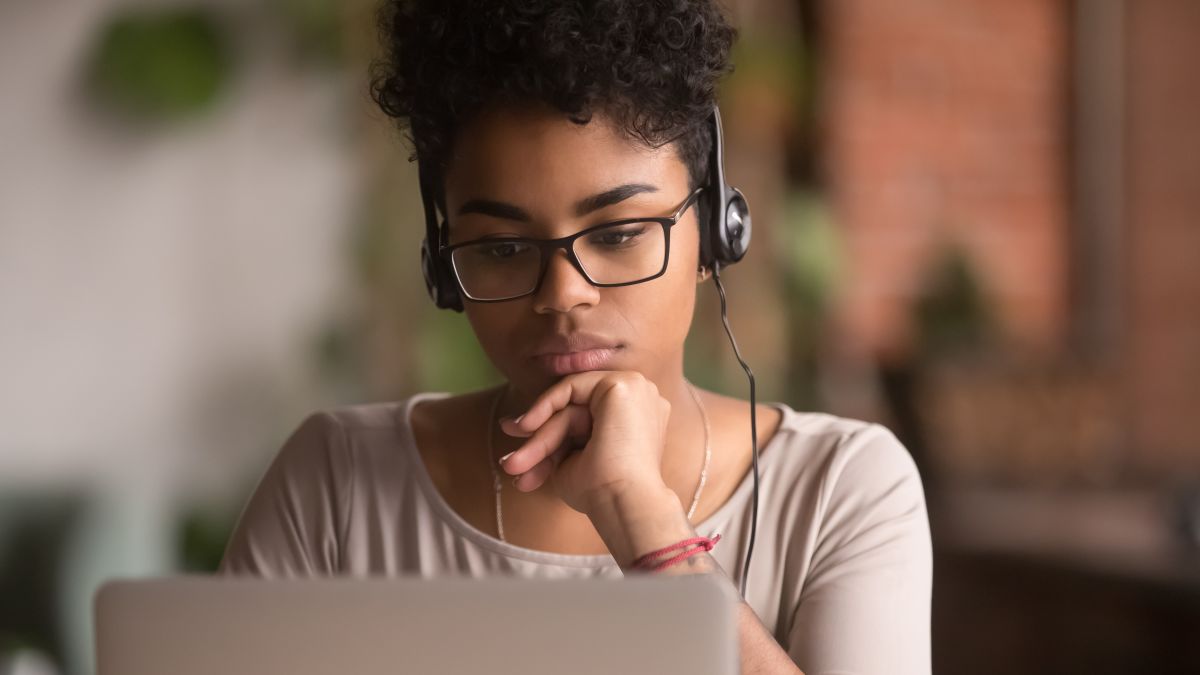 If it seemed like kids didn’t have much to say about their school day before the pandemic hit, it shouldn’t be surprising that they’re not interested in discussing their day now. Before, they used to actually leave the house several days a week! They used to go into a different structure, separate from your home, bustling with activity! They used to eat a lunch you didn’t make and have conversations you had no way of overhearing. So much happened in a day, and yet it all seemed mundane enough to not merit more than a grunt or two in your general direction by the time you picked them up.

Given that their days are continuing to bleed together in endless pandemic monotony, it makes sense if they don’t feel like deconstructing their whole day for you. But you should still try to get them talking—and here are a few tips to get you started.

Give them some space

Kids are often at their crankiest immediately after school. For little kids, they have been spending the entire day trying to be good and concentrate (perhaps an even bigger struggle now than usual). When they’re done, they’re done. It is not uncommon, in my experience, for a child to have a perfectly good day at school and then melt down in epic fashion 30 seconds after they enter your car. You are their safe space, after all.

Back when I was still picking my son up from school, I made it a point to try to not ask about his day immediately upon seeing him. I’d tell him I missed him and I’d start yammering on about my own day. It took the pressure off of him to make conversation and he’d often interject with follow-up questions or a “Yeah, I had kind of a stressful day, too; there was this math quiz I forgot to study for…” I’d then get him home, grab him a snack, and let him decompress in front of the TV—and I saved all my questions about his day for dinnertime, when he was more in the mood to chat.

You should do the same thing now: Do not ask how school went before they’ve even powered down their Chromebook. They’re barely out of the experience; they don’t want to talk about it yet. (And if they do, they’ll come to you.) Especially when the lines between work, school, and recreation are so blurred, let them have a little separation from the school and after-school parts of their day.

Do not ask boring questions

If you ask how school was, they’ll tell you it was fine. If you ask what they learned, they’ll say they learned nothing. Ask a boring question, expect a boring answer. If you want them to dig a little deeper, you’ll probably need to up your prompting game. Ask them what they’re learning about in history class (gee, anything we could learn from?) or whether the spelling test was as hard as they thought it would be. You have the benefit right now of having at least some idea of what is going on in their “classroom,” so you can better tailor your questions to get them talking about something you know they’re enjoying or an activity you saw them participate in.

However, I wouldn’t go overboard here. Sometimes parents can go a little too far with the cutesy conversation prompts. I tend to think that conversation-starters like, “Tell me a way you were kind today,” can sound pretty forced, especially with older kids. “Who made you smile today?” is going to make your tween groan and roll their eyes at you, and rightfully so.

Tell them about your day

As I mentioned earlier, kids learn to share about their day by following your example. It shouldn’t be an interrogation; it should be about your family reconnecting after another long pandemic day. My husband and I talk about our own jobs around the dinner table enough that our 10-year-old has taken a real interest in what we do. He knows the names of many of my co-workers, and he now pops into my home office at some point nearly every morning to ask me what I’m writing about for the day. (He even sometimes comes in with his own ideas—he’s the one who said I should tell parents about Prodigy.)

It has created a natural segue for me to then say, “What about you? What’s on your agenda today?” And he’ll tell me about a story he has to read or that he’s tired of long division and wants to move on to fractions. He is, almost certainly, at least partly procrastinating on starting his work for the day, but that’s fine with me.

Also, talking about your day in the morning gives you perfect follow-up fodder for later. You can tell them how your project went, and then later ask if that story they had to read was any good.