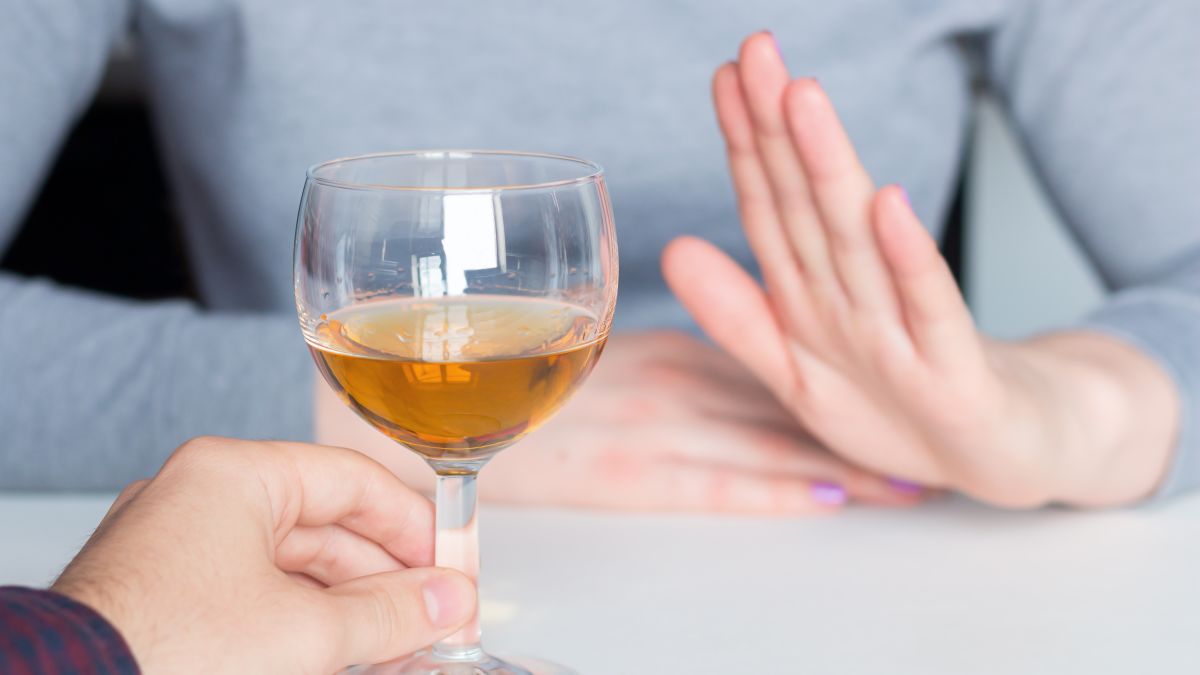 Dating is tough. If you’re making an honest attempt at finding someone special, playing the field requires that you embrace a certain level of vulnerability. And according to conventional thinking, the awkward and anxious components of dating can be somewhat tamed by drinking.

Nowadays, dating is drenched in alcohol—86 percent of people drink on first dates, according to a survey from American Addiction Centers—so for those of us who don’t drink, dating can be an even more daunting proposition.

Venturing out into the world to start dating is virtually impossible in this pandemic-stricken environment, but when we finally do emerge from our isolated bubbles and start searching for companionship, here’s how you can do it without drinking.

You can’t really bowl, mini-golf, or play tennis after knocking back several drinks. You can, however, set the tone of your sober date by doing something more adventurous than sitting across a table and imbibing.

Doing something a bit more active, or cultural—such as perusing a museum—can allow you to get to know your prospective partner just as intimately as slurping glasses of wine and cracking jokes.

People create connection by experiencing and engaging in a task together. The event itself creates an opportunity to interact in ways that don’t occur when you are sitting politely across the table from one another. In an activity, you are negotiating, compromising, collaborating, demanding, sharing, and often working toward a common goal.

Because drinking is so heavily woven into our social fabric, the mere thought of a sober date can be off-putting to some, even though it shouldn’t be. Letting a date know that you’re not a drinker doesn’t have to be a big deal; it’s really more of an aside that helps your date understand that you’re not the type to frequent a cocktail bar.

Even though the conversation might draw a weird reaction from your date, it’ll help you whittle down the field to a more manageable number of people who are willing to get to know you, despite your preference for sobriety.

There are sober dating apps

Is your quest for a dry date bringing a prolonged dry spell? Technology can help. Instead of navigating the crowded dating scene for someone who doesn’t take issue with your sobriety, you can consult a few apps specifically intended for sober singles.

In a recent feature, the New York Times mentions a few:

Outside traditional dating apps, are online platforms like 12StepMatch, Love in Recovery and Single and Sober where it’s understood that no one drinks. Loosid app, a sober social network that started in 2018, offers boozeless guides, chat groups and a sober dating platform.

If you don’t mind online dating, this is a great way to swipe for sober singles.

A perhaps unintended benefit of dating while sober: you don’t have the security blanket of booze, so you may come across as more honest and unvarnished than your inebriated self. It’s true that you won’t have the liquid courage you may have used in the past to fortify your nerves and appear more flirtatious and spontaneous. But if you’re serious about finding someone who’ll accept you for you, it truly won’t matter if you like to drink, or not.