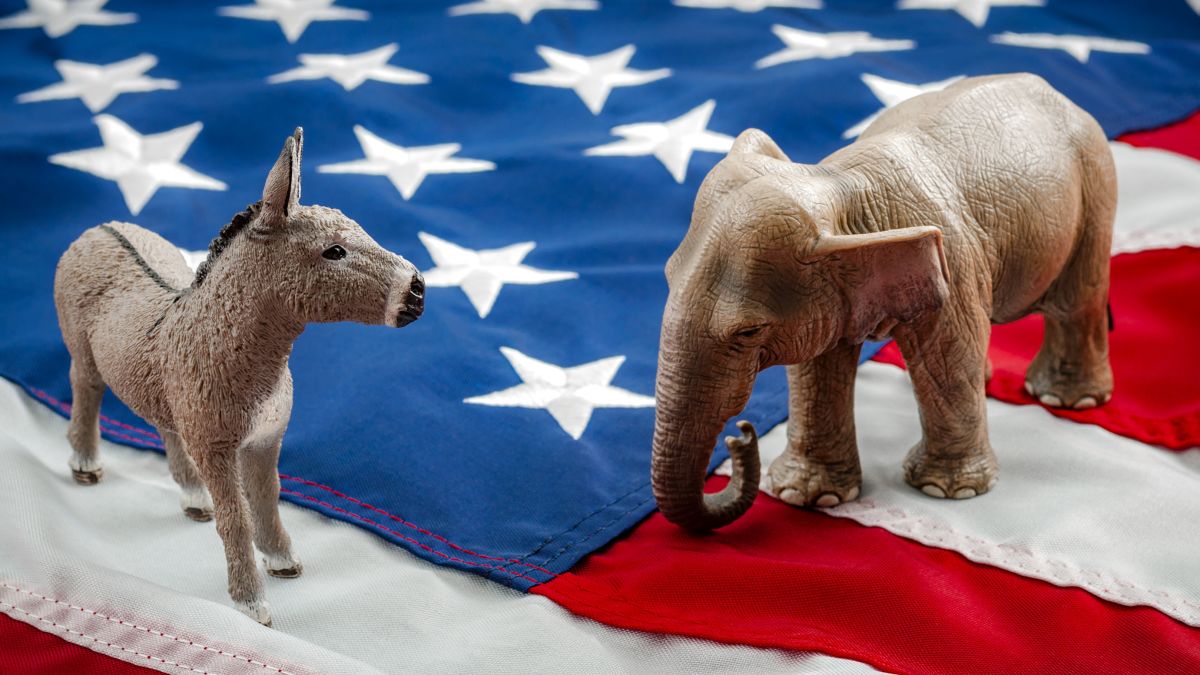 Aside from one Republican Senator who’s currently mulling a decision to switch her political affiliation, Wednesday’s assault on the U.S. Capitol hasn’t necessarily compelled Republican lawmakers to flee the party en masse. The Trump era, with its normalization of incendiary rhetoric, only saw a handful of lawmakers switch their affiliations out of contempt for the president; one notable example is former Michigan House Representative Justin Amash, who abandoned the Republican party to become an Independent in 2019 and then switched again to Libertarian last year.

Regardless of the underlying context, switching your political party is a right afforded to any registered voter in this country, and it’s something you can do with a few simple actions.

In the days since an unhinged mob of domestic terrorists stormed the U.S. Capitol building on…

First, how to update your registration

Switching party allegiance follows the same process as updating your voter registration. Registering to vote is obviously the singular step anyone needs to take in order to participate in an election, but there are reasons that require you to update your registration, such as moving either within your state or to a new state, changing your name, and switching party affiliation.

If you move to a new state, you have to register in accordance with the state’s registration deadline, which USA.gov points out is usually 30 days before an election takes place.

How to switch your party

Though the process of actually getting to the polls remains remarkably difficult for many Americans, switching your party affiliation is as easy as filling in a circle on a questionnaire. Even if you haven’t moved or aren’t changing your name, you still need to go to the same U.S. Elections Assistance Commission’s website and select your state in the dropdown menu. After doing that, you’ll see a menu of options.

Select the “register to vote” option, and you’ll immediately be linked to your state’s Board of Elections (BOE) website. From there, you should find the option to change your party preference. It’s worthwhile to note that your request to change parties doesn’t always go into effect immediately. Owing to the quirks and bureaucratic headaches that routinely accompany state government processes, there will likely be a voter registration deadline by which you have to make the change to participate in a forthcoming election under your new party.

You state’s BOE will ultimately formalize your request and grant you new party membership, but it may take longer than you’d like if you miss the deadline. Every state has different policies, so make sure to verify the particulars with your state’s BOE.

Sometimes, the desire to switch affiliations is more born of necessity than outright rejection of an ideological conviction. While you can vote for any candidate in any general election under the banner of any party—whether you’re registered Green, Libertarian, Independent, Republican, or Democrat—but you might be barred from participating in the primary elections if your registered party isn’t participating.

For example, if you’re registered Independent but lean left politically and want to determine who ultimately clinches the Democratic nomination for president, you cannot participate in a state’s closed primary for a Democratic presidential nominee. However, if you live in a state with open primaries, you can participate in the primary contests in the state, regardless of how you’re registered. (Usually, primary elections really only encompass the American political dichotomy of Republican and Democrat, because smaller parties often, but not always, select their nominees earlier).

There’s also the issue of semi-closed primaries (feel free to sigh, since our electoral system doesn’t make this easy to navigate) which Fair Vote describes thusly:

In a semi-closed primary, unaffiliated voters may choose which party primary to vote in, while voters registered with a party may only vote in that party’s primary.

Regardless of whether you’re thinking of abandoning your longtime affiliation on principle, there are clearly reasons why the decision of party selection matters outside of pure partisanship.