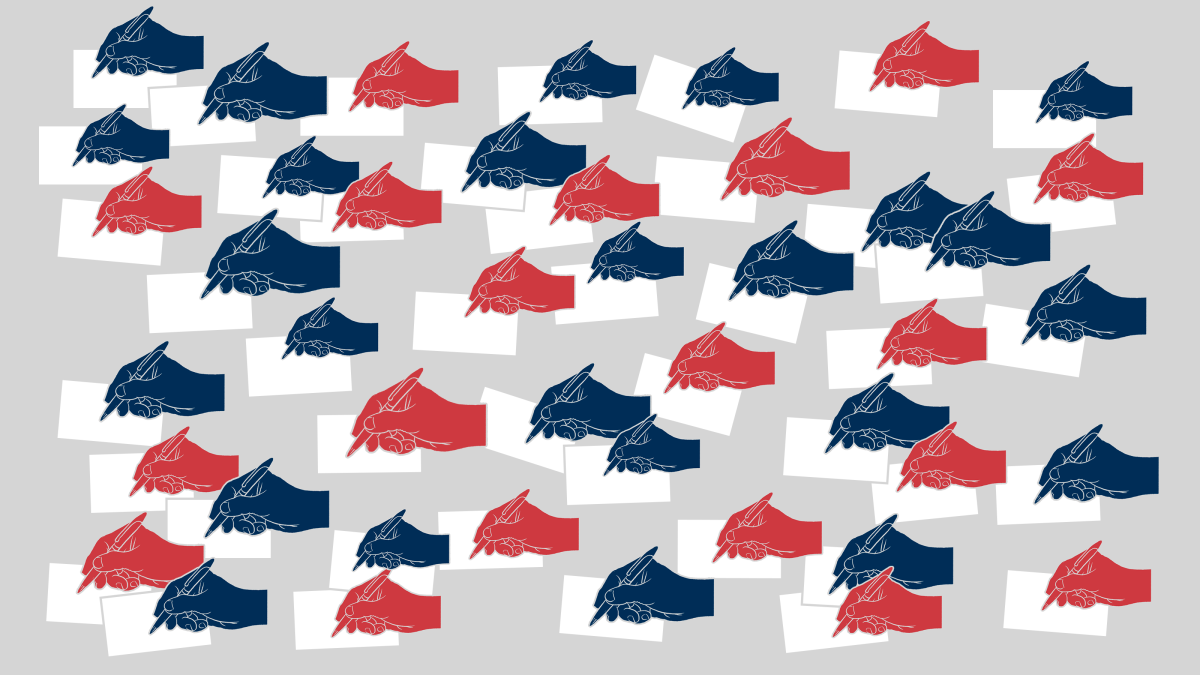 Typically, our focus, five weeks out from a presidential election, is on the candidates’ last-minute campaigning to reach undecided voters. And while Donald Trump and Joe Biden are making some attempts to sway the 11 percent of the electorate who still consider their vote up for grabs, at this point, the actual process of casting our ballots—and, more importantly, when and how they will be counted—has been a larger source of concern for those on both ends of the political spectrum.

For months, Donald Trump has been telling the country that voting by mail will result in fraud—despite presenting no substantial evidence to back his claim—even as more people plan to cast their ballots that way due to the COVID-19 pandemic. And continuing their tradition from 2016, Republicans nationwide are expected to attempt to undermine the election results and suppress voter turnout through a variety of means. This includes Trump’s recent call for his supporters to act as poll watchers on November 3—a classic technique designed to incite voter intimidation.

This is all to say that if you have questions or concerns about voting, you’re not alone. To help break down what actually happens after you cast your ballot—however that ballot is cast, whether at the polls or by mail—here’s a look at how the counting process works.

Though there has been the option to request an absentee ballot in all 50 states for quite some time, the laws allowing people to do so hve expanded dramatically thanks to the COVID-19 pandemic. In fact, it is expected as many as half of the votes in the upcoming election will be cast by mail. But how does that process actually work, and when can election workers get started with the counting?

Like many aspects of voting, the process for counting mail-in ballots is determined at the state level. There are usually two phases—processing the ballots, and then counting them—but those terms can have different meanings in different states. According to the National Council of State Legislatures (NCSL), “processing” is typically the first step, and involves “comparing the affidavit signature on the outside of the return envelope against the voter’s signature on record to ensure a match, or otherwise verify the voter’s identity.”

In some states, ballots can be opened and prepared for tabulation as soon as a signature is verified, meaning that the only thing left to do on Election Day is actually count the votes. And while this may make the results available faster on November 3, the results will never be released ahead of time.

This list from the NCSL provides the processing and counting timelines for each state, as well as additional state-specific details.

Counting ballots cast at the polls

Remember the whole “hanging chad” situation from the 2000 election, and all the associated talk about how having a standardized voting system across the country would make things easier? Well, two decades later (and for a variety of logistical and financial reasons), that hasn’t happened yet. Instead, we’re still faced with the same state-to-state mishmash of voting methods and equipment, including electronic touchscreens, paper ballots and a combination of both.

Of course, going to the polls will look a little different this year thanks to COVID-related precautions, from enforcing physical distancing while people are in line to vote to procedures for disinfecting voting machines, not to mention the whole “the president is urging his supporters to engage in acts of voter intimidation” thing. Both of these factors could mean wait times that would have been long already will end up being much longer.

At the end of the day, poll workers will announce that the location is closing, while ensuring that anyone still standing in line at that time is able to vote. Then, the number of ballots cast will be reconciled with the number of voters on the registry, and the votes will be tallied as necessary per statute of the state or jurisdiction, according to Electionline.org (which has this detailed 63-slide presentation breaking down the election process).

The Help America Vote Act of 2002 required that older lever- and punchcard- voting machines be replaced by newer models. Now, most states use one of two types of technology for tabulating votes: optical (or digital) scanners to count paper ballots, or Direct-Recording Electronic (DRE) machines, according to the NCSL. A small number of jurisdictions still count their ballots by hand. When it comes time to count the votes, paper ballots are scanned, while DRE machines record the individual votes and vote totals directly into computer memory.

But wait, there’s more. Per the Brennan Center:

As always, unofficial results on Election Night will be incomplete for reasons discussed above, such as spikes in mail ballots, restrictions on when mail ballot processing and tabulating may begin, provisional ballots cast that need to be adjudicated, and mail ballots that must be counted in states that allow them to be mailed up to Election Day.

While we know that it’s highly unlikely we’ll get any definitive election results the night of November 3—or November 4—it’s unclear at this stage whether the counting process will last for several days or even weeks. With so many moving pieces, so many different types of ballots, and so many basic threats to democracy in play, it’s best to approach the day with the understanding that getting an accurate, legal count of the votes may take a while.