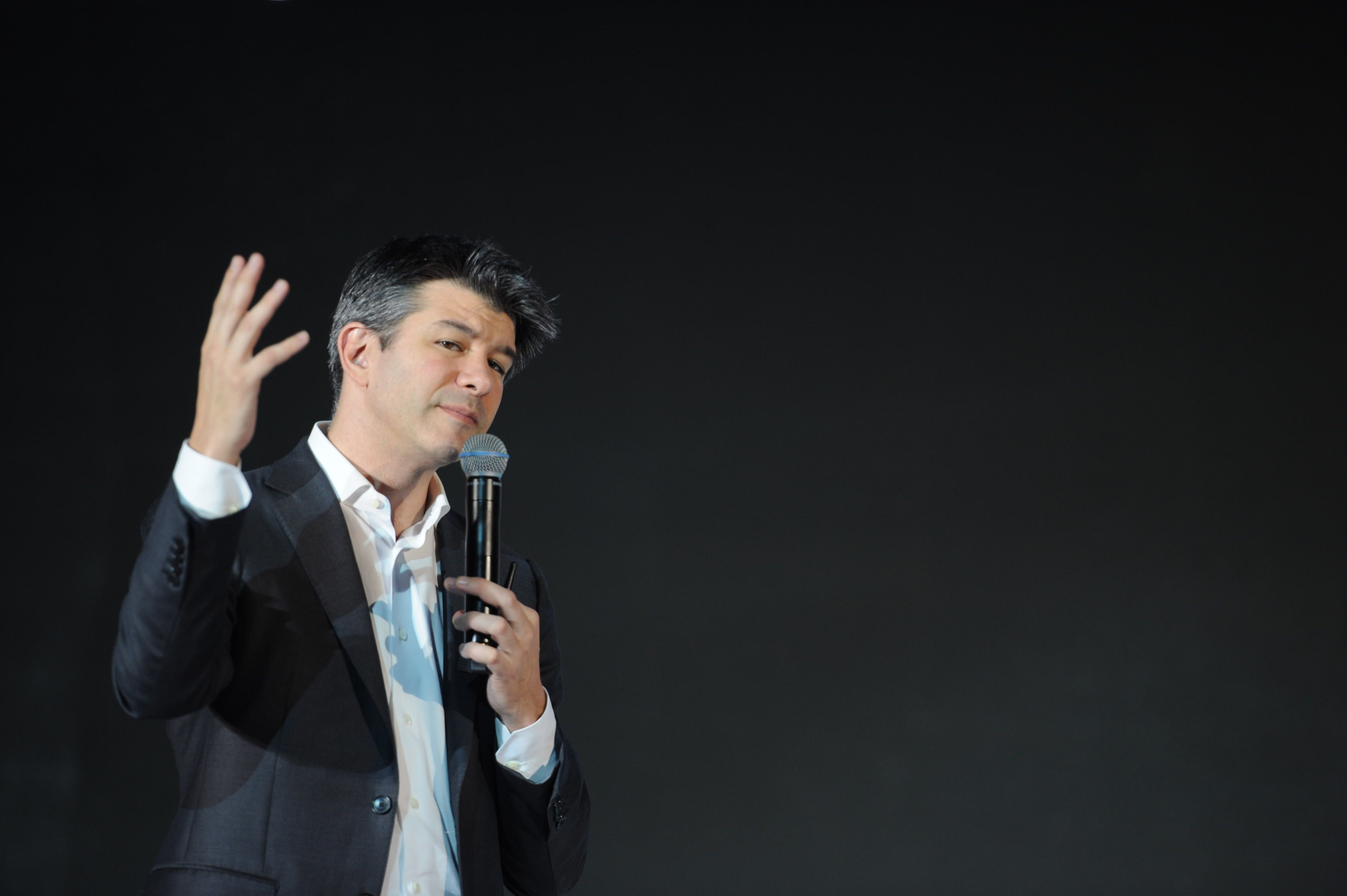 If you thought rocket science was hard, try training a computer to safely change lanes while behind the wheel of a full-size SUV in heavy drivetime traffic. Autonomous vehicle developers have faced myriad similar challenged over the past three decades but nothing, it seems, turns the wheels of innovation quite like a bit of good, old-fashioned competition — one which DARPA was only more than happy to provide.

In Driven: The Race to Create the Autonomous Car, Insider senior editor and former Wired Transportation editor, Alex Davies takes the reader on an immersive tour of DARPA’s “Grand Challenges” — the agency’s autonomous vehicle trials which drew top talents from across academia and the private sector in effort to spur on the state of autonomous vehicle technology — as well as profiles many of the elite engineers that took place in the competitions.

In the excerpt below however Davies recalls how, back in 2014, then-CEO Travis Kalanick steered Uber into the murky waters of autonomous vehicle technology, setting off a flurry of acquihires, buyouts, furious R&D efforts, and one fatal accident — only to end up selling off the division this past December.

Travis Kalanick recognized that the self-driving car Google was creating was not just an opportunity for Uber. It was also a threat, and a potentially deadly one. Any ride-hailing competitor that didn’t have to pay humans to drive its customers would have a major cost advantage. If someone got there before Uber, they could do what Uber was doing to taxis: drop its prices to drive Kalanick’s baby out of business. So in early 2014, Kalanick tasked Uber’s chief product officer, Jeff Holden, with surveying the robotics world and scouting for a team that could rival the collection of DARPA Challenge veterans Sebastian Thrun had assembled. While there certainly was plenty of talent to be had—six teams had completed the Urban Challenge, after all—Holden soon homed in on Pittsburgh, the location of Carnegie Mellon University.

Uber made its initial move at the end of 2014, hiring the staff of a small Pittsburgh company called Carnegie Robotics. The company was run by John Bares, who’d started it in 2010, after spending most of his career at CMU. He’d worked for Red Whittaker as an undergraduate, helping to design and build the robots that went into the radioactive Three Mile Island nuclear site, then spent more than twenty years at the university. When Bares got an email from Uber, he didn’t take it too seriously. Jeff Holden and his lieutenants said they wanted to build a self-driving car, but Bares and his colleagues replied that doing so would be far harder, costlier, and take more time-consuming than Uber seemed to think. Holden persisted, making clear this was no lark: Uber would do whatever necessary to develop a self-driving. Over a series of meetings that fall, the two sides came together. Once convinced of Holden’s seriousness, Bares and his team got excited about the idea of using their expertise to improve the lives of everyday people. And Uber, with its existing fleets of drivers all over the world, offered a natural path to enter the market: As the robots mastered more kinds of roads and territories, they could, over many years, gradually take the place of those humans.

The Uber contingent acknowledged that chasing Google’s effort—nearly six years old at this point—would take a serious investment. Kalanick was willing to make it, but he wouldn’t be just one more customer of Carnegie Robotics. He wanted an in-house team, fully focused on creating the technology that would keep Uber relevant in the coming era. He hired Bares and most of Carnegie Robotics’ staff, then licensed the company’s intellectual property. But Bares knew they would need more firepower, and he knew where to find it. He started talking to his old colleagues at Carnegie Mellon University’s National Robotics Engineering Center, which he had led for thirteen years before launching his own company.

Familiarly known as NREC (pronounced en-reck), the center had opened in 1996, housed in a large glass building on Pittsburgh’s Allegheny River, a twenty-minute drive from the main CMU campus. It operated as a mostly autonomous arm of the university, in a distinctly nonacademic atmosphere. Its workers didn’t do the kind of basic research that they could turn into dissertations. They worked to turn the fundamental ideas established by their colleagues into commercial products. Success at NREC didn’t mean landing a tenure-track position. It meant landing a huge contract and building a team that could deliver whatever that customer needed. A team didn’t mean one professor and a handful of graduate students toiling away in a lab, but dozens of engineers taking what those labs produced and turning it into a commercial product that was durable, reliable, and affordable enough to convince a real customer to hand over real money. NREC had been the home of Bryan Salesky, Chris Urmson’s reality-over-research lieutenant on CMU’s Urban Challenge team.

During Bares’s thirteen years as director, NREC worked for everyone from the army to John Deere to fruit farmers. For example, its strawberry plant sorter used machine learning techniques to recognize quality plants based on their size and health as they rode along a conveyer belt, then used air jets to sort them into piles. One team made a laser and GPS system that automated the process of counting trees, so orchard operators could keep inventory. Another developed magnetic robots that moved up and down the sides of warships, stripping their paint without damaging the steel. To get the paint off F-16 fighter jets, NREC made a laser-wielding robot. The lab built autonomous forklifts and mining vehicles. Its Pipeline Explorer roved through high-pressure natural gas lines, looking for trouble. SmartCube and CognoCube monitored animals involved in drug testing trials.

The NREC bot you’d least want to meet in a dark alley was Crusher: a six-wheeled, hybrid-powered, and fully autonomous military beast with a unique suspension that let it smash through trenches and over rock piles. True to its name, it had an uncanny ability to steamroll over cars. NREC created it for—who else—DARPA. In an era when venture capitalists had little interest in robotics, NREC was a vital force for putting new technology into the market.

Nowhere else, Bares knew, would he find so many specialists not just in making damn good robots, but in making them work, commercially. As 2014 drew to a close, Bares and Jeff Holden started talking to NREC’s workers about Uber’s new venture. It wasn’t a hard sales pitch. The NREC people would get to keep working on robotics, with a singular focus on autonomous driving on civilian streets. Uber, having raised another $1.2 billion in funding that summer and desperate to catch up to Google, would double, maybe triple their salaries. And they wouldn’t have to move, or even adjust their commutes. San Francisco–based Uber would open a new engineering center next door to the NREC lab, in an old chocolate factory.

Over the years, NREC had seen plenty of its employees leave for other jobs. It had never seen dozens leave for the same gig, all at once. In February 2015, about forty NREC employees, including the lab’s director, resigned. Together, under John Bares’s leadership, they formed a new arm of Uber, the Advanced Technologies Center. Nearly thirty years after the blue Chevy panel van known as NavLab 1 explored Carnegie Mellon’s campus at an octogenarian’s walking pace, they were going to bring self-driving cars to Pittsburgh.