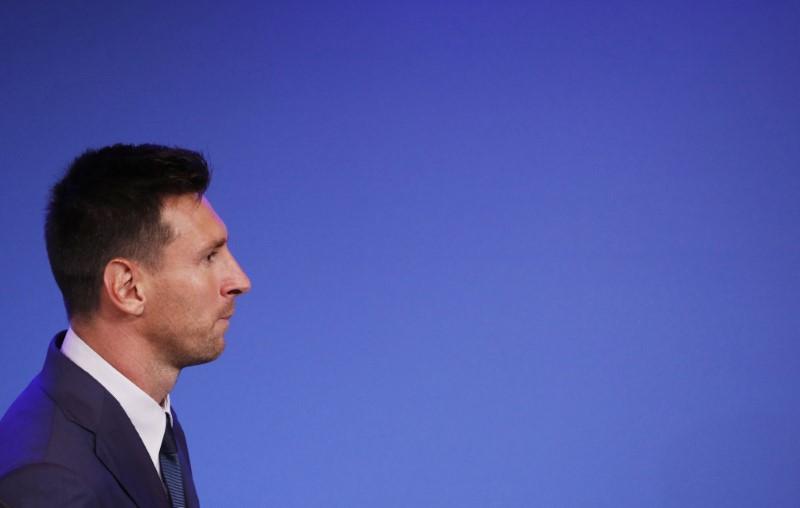 Shares in Olympique Lyon (OLG.PA) rose 0.9%, while shares in TV group TF1 (TFFP.PA) and Canal Plus owner Vivendi (VIV.PA) were up 1.3% and 0.2% respectively, as a move by Messi to PSG would likely drive up overall viewing figures for French soccer.

Messi confirmed at a news conference on Sunday that he was talking with PSG about a possible move. read more