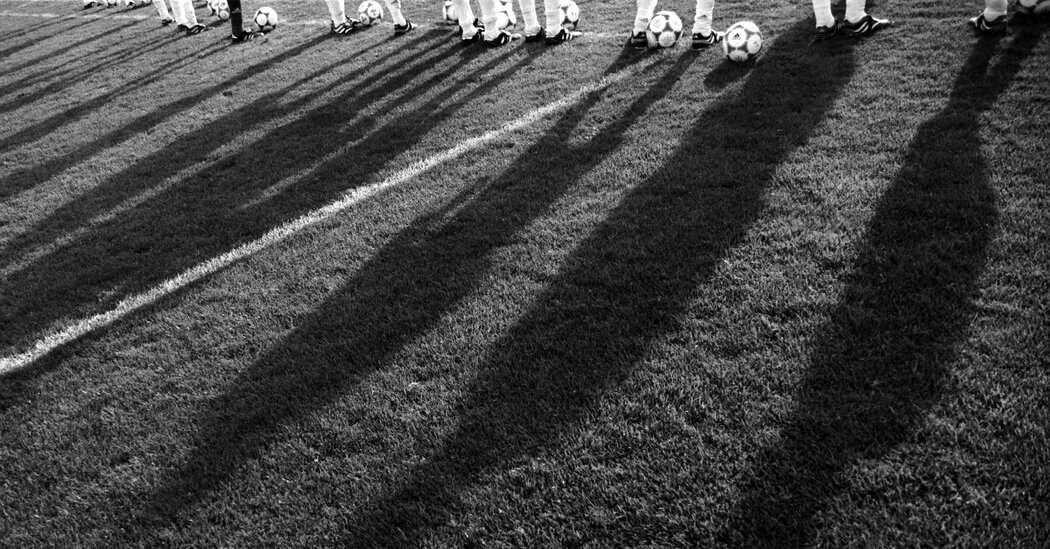 For a while the boy — now 23, and whose identity is being withheld to protect his privacy — kept the messages to himself. He knew he was fortunate, selected among a group of two dozen boys who were given coveted places living and training at France’s national training center at Clairefontaine, arguably the world’s leading soccer finishing school. He knew Clairefontaine had been the launching pad for dozens of top French professional players. So rather than speak up about the disturbing messages, the boy said nothing to his teammates, coaches or parents.

The first inkling that something was wrong came on a bus ride in 2012. The squad of talented teenagers was in a typically boisterous mood. They were poking fun at one another when Tiago Escorza, one of the players, picked up his teammate’s cellphone. Escorza, now 23, recalled seeing messages from the instructor to the boy, telling him he loved him. His reaction was to burst into laughter — and then to read the messages aloud to the rest of the players.

“We all said to him, ‘Is that your father or what?’” said Hedi Mehnaoui, a goalkeeper who was present. Just entering their teens, he said in a recent interview, they were not mature enough to grasp the impact the messages might have had on the boy, or any motives San José may have had for sending them.

But, looking back, Mehnaoui said, he now remembers his friend talking often about quitting the academy. “He never really explained why,” said Mehnaoui, who was the boy’s roommate. “He kept everything to himself, so I didn’t ask too much either.”

A few months later, the boy’s mother also became aware of the messages. Switching on a new cellphone she had bought her son, she discovered a text from San José.

Her husband was furious about the message, she said, but he was also dealing with a serious illness, so she decided she would be the one to confront San José, in person. She did so with a letter, handed to him at Clairefontaine, that instructed him not to send any more messages to her son or to be alone with him under any circumstances. San José, she said, disarmed her by telling her that in his culture — he has a Spanish background — it was routine to say things like “I love you” even to people outside your own family.

The matter might have ended there but for a conversation overheard by two watchmen responsible for looking after the team during a routine evening inspection. They were shown messages — forwarded to two other boys — that they were told had been written by San José. “I’m fed up that it’s always me saying I love you,” one read, according to one of the watchmen.