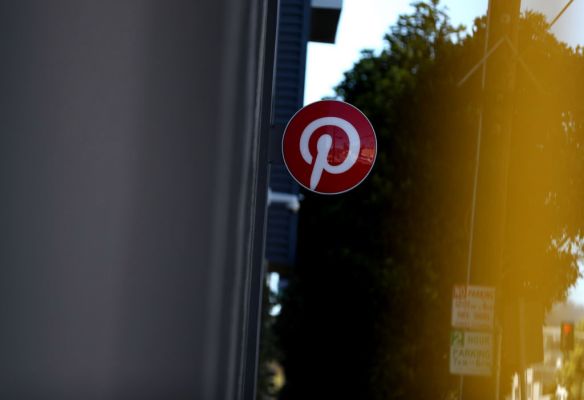 Pinterest’s former chief operating officer has filed a lawsuit accusing the company of gender discrimination. Françoise Brougher, who says she was abruptly fired from the company in April, is suing the company to hold it “accountable for discrimination, retaliation, and wrongful termination in violation of the Fair Employment and Housing Act (FEHA), and the Labor Code,” according to a Tuesday filing in San Francisco Superior Court. (The full text of the filing is embedded below.)

Pinterest said in June this year that it had about 400 million monthly active users, most of whom are women. But its top executives are all men. “Ironically, even though Pinterest markets itself to women as a source of lifestyle inspiration, the company leadership team is male dominated, and gender-biased attitudes are prevalent,” the lawsuit says.

Before joining Pinterest in March 2018, Brougher held executive positions at Square, Google and Charles Schawb. Brougher alleged in her lawsuit that she was hired with a less favorable equity compensation package than her male peers. She claimed that she was also left out of key decision-making by other executives; was subjected to a hostile work environment; and ultimately fired by chief executive officer Ben Silbermann when she spoke up against her treatment.

In a Medium post published today, Brougher wrote, “I have always been a private person, but I am opening up about my experience because if someone of my privilege and seniority is fired for speaking out about these issues, the situation is likely far worse for people earlier in their careers.”

At the time Brougher was hired, the lawsuit says she was told Pinterest’s board directed executives to receive backloaded equity grants. Her equity grant stipulated that only 10% of shares vested in the first year; followed by 20% the second year; 30% the third year; and 40% the fourth year. Brougher assumed this vesting schedule was standard for Pinterest executives.

When the company filed to go public last year, however, Brougher realized while looking at its S-1 filing that her male peers’ equity grants were not backloaded. Brougher’s compensation was adjusted after she raised concerns with Silbermann, who directed her to Pinterest’s human resources department.

Brougher says she was not invited on Pinterest’s IPO roadshow, despite being its COO and knowing many of the company’s investors.

After Pinterest’s initial public offering in April 2019, Brougher says she was no longer invited to board meetings, even though members of her team occasionally were — sometimes without her knowledge. “As COO of Pinterest, Ms. Brougher no longer had meaningful engagement with the company’s board,” the lawsuit says.

Brougher’s suit also claims that she began receiving more critical feedback, and cites a study by tech executive Kiernan Snyder called “The Abrasiveness Trap,” which found women are assessed more negatively than men in 248 reviews collected from 28 companies of different sizes. Snyder found that 87.9% of reviews for women contained critical feedback, compared to 58.9% of reviews for men. Their personalities were the focus of criticism in 75.5% of critical reviews for women, compared to just 2.4% of the critical reviews received by men.

The lawsuit says Silbermann criticized Brougher for “not being collaborative and told her that she did not have consistently healthy cross-functional relationships.” When Brougher asked him for more details, she claims “he told her to keep quiet, saying she should ‘be mindful’ of how she acted in a group setting.”

In one meeting, Brougher says Morgenfeld sarcastically asked “What is your job anyway?” Silbermann would also wait to make key strategy decisions after meetings Brougher attended, meeting with one or two male colleagues after she had left.

In February, the lawsuit says Brougher received a peer review written by Morgenfeld, even though she had not been asked to review him. Despite Brougher’s work on Pinterest’s IPO, advertiser base and monetization strategy in Europe, the lawsuit says the “Morgenfeld’s only comment on her 2019 achievements was: “Seems to be a champion for diversity issues.”

During a video call with Morgenfeld on February 21, 2020, Brougher says she tried to address his feedback, but that he became angry during the call, raised his voice, called her a liar, and questioned the value she brought to Pinterest before hanging up on her.

After the call, Brougher says she texted Silbermann and told him it had not gone well. On February 24, she met with Pinterest’s Chief Human Resources Officer Jo Dennis and said she wanted to find a way to work with Morgenfeld, but was uncomfortable meeting alone with him. Instead of mediating between Brougher and Morgenfeld, the lawsuit alleges Dennis treated the matter as a possible legal issue, escalating it to Pinterest’s in-house counsel.

On the same day, Brougher also met with Silbermann. The lawsuit says that Silbermann compared the situation between Morgenfeld and Brougher to “an old couple fighting over who would make coffee.”

Then on April 2, Silbermann told Brougher that she was being fired and told her to transfer her responsibilities to Morgenfeld over the next month. He also asked her to tell her team that she had made the decision to leave, which she refused to do. Brougher claims her termination cost her “tens of millions of dollars in lost earnings and equity compensation.”

TechCrunch has reached out to Pinterest for comment. In a statement to The New York Times, a Pinterest representative said the company is conducting an independent review of its culture, policies, and practices.

BROUGHER_VS_PINTEREST.pdf by TechCrunch on Scribd