Fitbit would be the first to admit it was late to the smartwatch game. When it did finally launch a proper smartwatch with the Ionic, it was something of a misfire. But the Versa helped the wearable pioneer make up for some lost ground, courtesy of a solid, Android-compatible device at a good price.

In fact — recent years have seen both Apple and Samsung exploring lower-cost alternatives to their own flagships, as these device become increasingly mainstream. Not to mention the fact that consumers have grown a bit weary of ever-increasing device costs. In spite of that, however, Fitbit is taking a swing at the premium end of the market with the new Sense smartwatch.

The device isn’t designed to replace the popular Versa line. In fact, today also sees the release of the Versa 3. Instead, the Sense is designed to be a premium alternative to the Versa line — the “company’s most advanced health smartwatch,” according to Fitbit. It’s an interesting new dimension for the company, though it comes as Fitbit has already proven that it can make a solid smartwatch, so perhaps asking people to pay a bit more isn’t entirely out of the realm of possibility, especially when the brand continues to have some cache among wearable users. 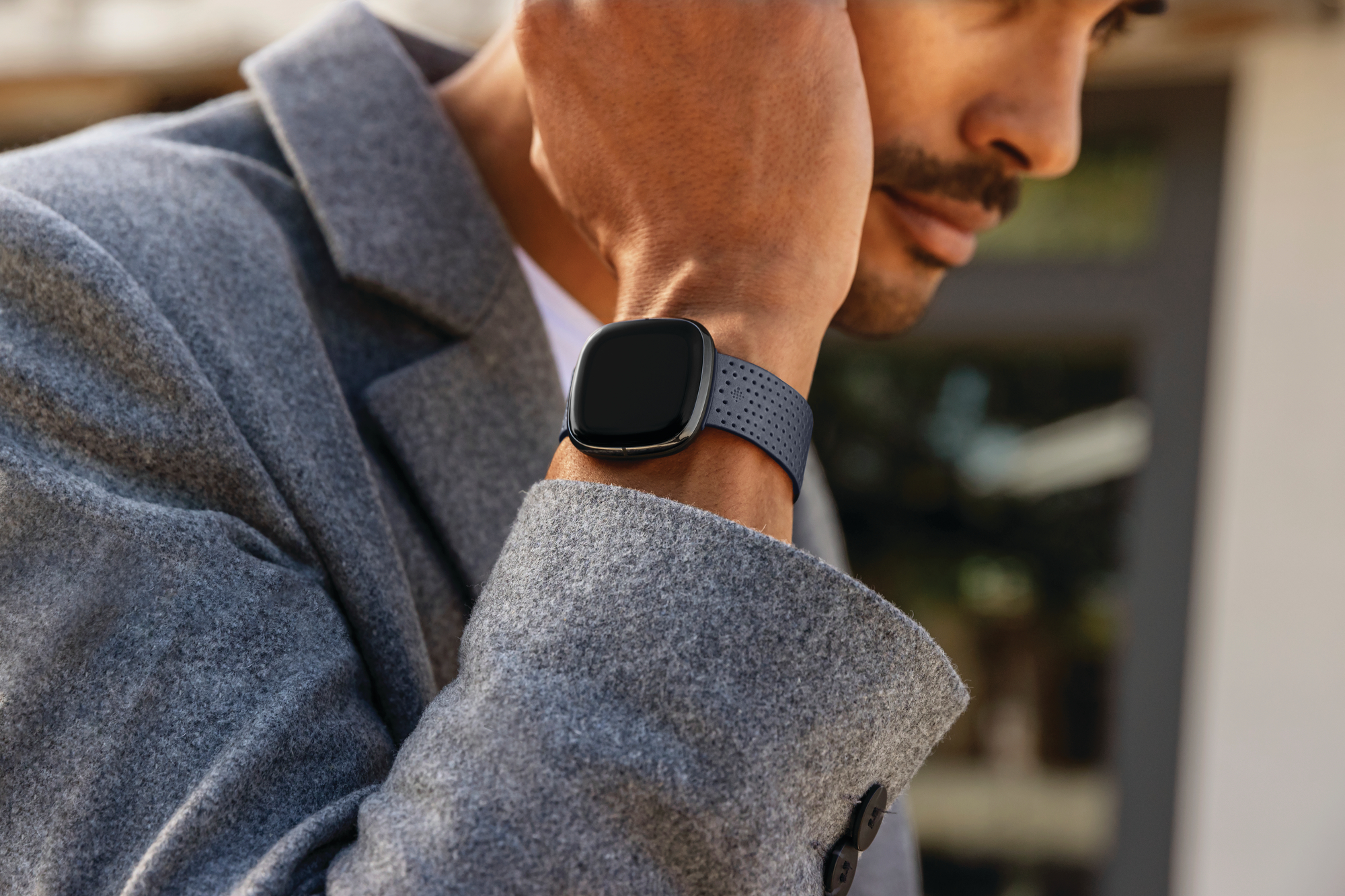 Those new features largely revolve around additional sensors, including ECG and skin temperature detection. Fitbit is strongly invested in the notion of stress detection as the next big milestone for wearable health. Certainly there’s a lot to be said for the feature in what’s already proven to the most stressful year on record for many. And plenty of wearable and app designers have already invested a good deal in the notion of reducing stress through technology, as evidenced by the popularity of meditation apps and breathing reminders.

The feature is built around the inclusion of an EDA (electrodermal activity) sensor. It’s a pretty new concept for this class of device. To use it, the wearer places the palm of their hand over the watch’s face. The system then scans for electric changes in skin sweat levels. In all, stress levels are measured by a combination of 10 biometric inputs that also include sleep quality, heart rate and exercise level.

I can’t really say much about the efficacy of these measurements at this point. I suspect stress is significantly more difficult to quantify, though it certainly does have physical manifestations. At the very least, such a system may go a ways toward detecting changes over time worth observing.

Here’s a quote from UCSF Assistant Professor Dr. Helen Weng, “Meditation is exercise for your mind. Just like physical exercise, you need a consistent practice to cultivate your mental capacity for it. Finding a meditation practice that works for you is important for building long-term health and wellness benefits. Fitbit can help you achieve this through its mindfulness and measurement tools, including the new Stress Management Score and EDA Scan app, so that you can see your progress and build a personalized meditation practice that is impactful and sustainable.” 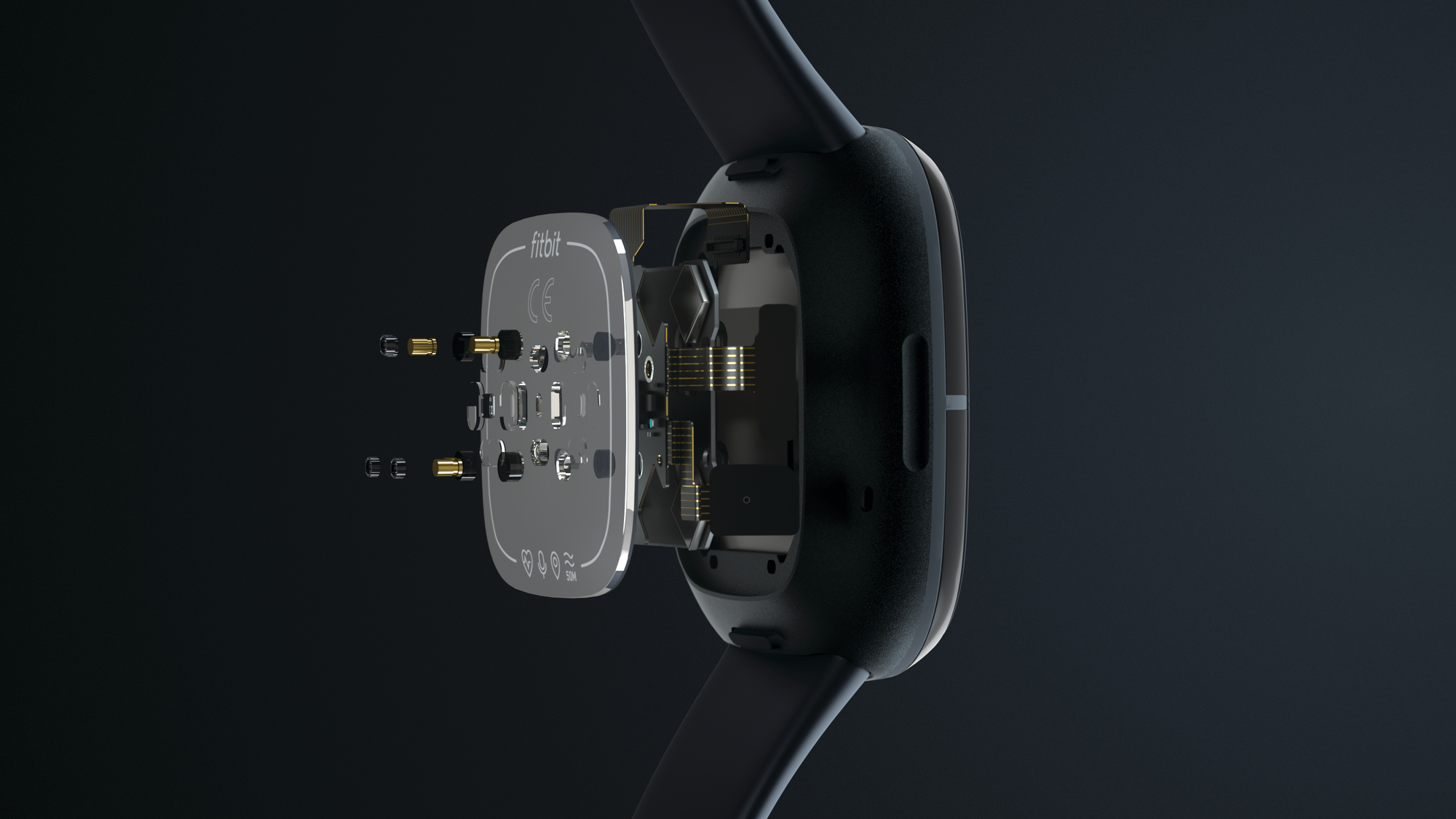 As a generally high-stress person living through an extremely high-stress time, I’m interested in checking this out as part of our review. The feature makes extensive use of Fitbit’s software offerings, as well. The company clearly sees its premium content play as a big part of its future (either as part of Google or not). As with other devices, this will come with a free year of Fitbit Premium. That subscription service also includes meditation content from third parties, including Aaptic, Aura, Breeth and Ten Percent Happier.

The device features ECG detection (pending FDA approval), putting it more in line with premium Apple and Samsung models, for detection of things like AFib. There’s also on-board GPS (previously the realm of the Ionic), and the company will begin to surface SpO2 blood oxygen levels.