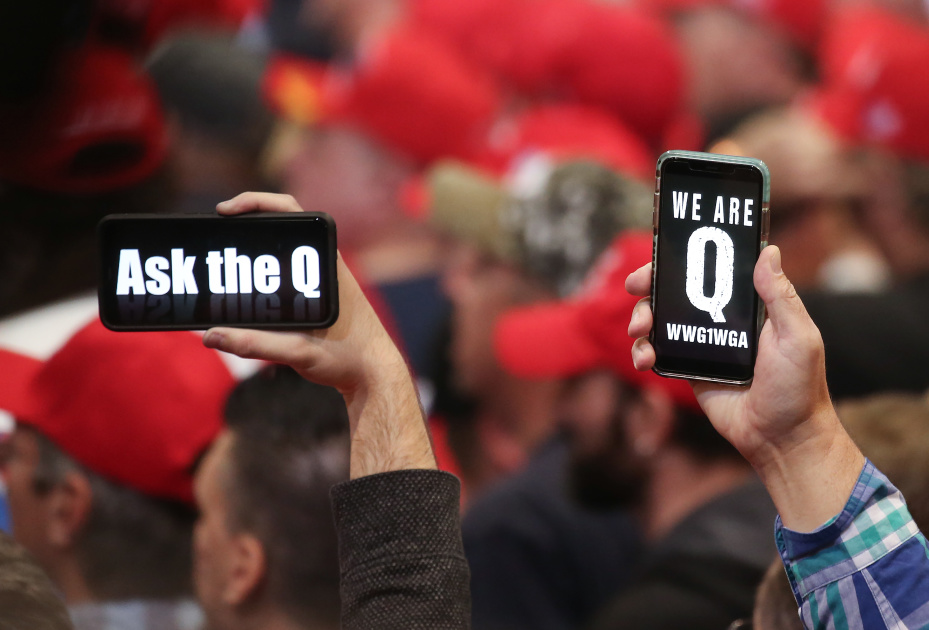 Facebook also said it was taking steps to address QAnon groups’ fixation on child trafficking and child safety. Over the last few months, QAnon groups have latched onto the issue of child trafficking in order to recruit new followers and make the conspiracy theory more appealing amid crackdowns from social media platforms. Researchers have said it has helped QAnon grow even bigger, while legitimate anti-trafficking organizations say the conspiracy theories have made it harder for them to help actual victims.

Now, Facebook says it will “direct people to credible child safety resources when they search for certain child safety hashtags,” and send posts related to QAnon and child trafficking to third-party fact checkers. Debunked posts will be down-ranked and labeled and won’t be able to be used in ads, Facebook said.

The new steps come as Facebook has tried to take a tougher stance on QAnon and other groups that promote violence. In a separate update, the company said it had removed more than 6,500 groups and pages for breaking its rules around “militarized social movements.”