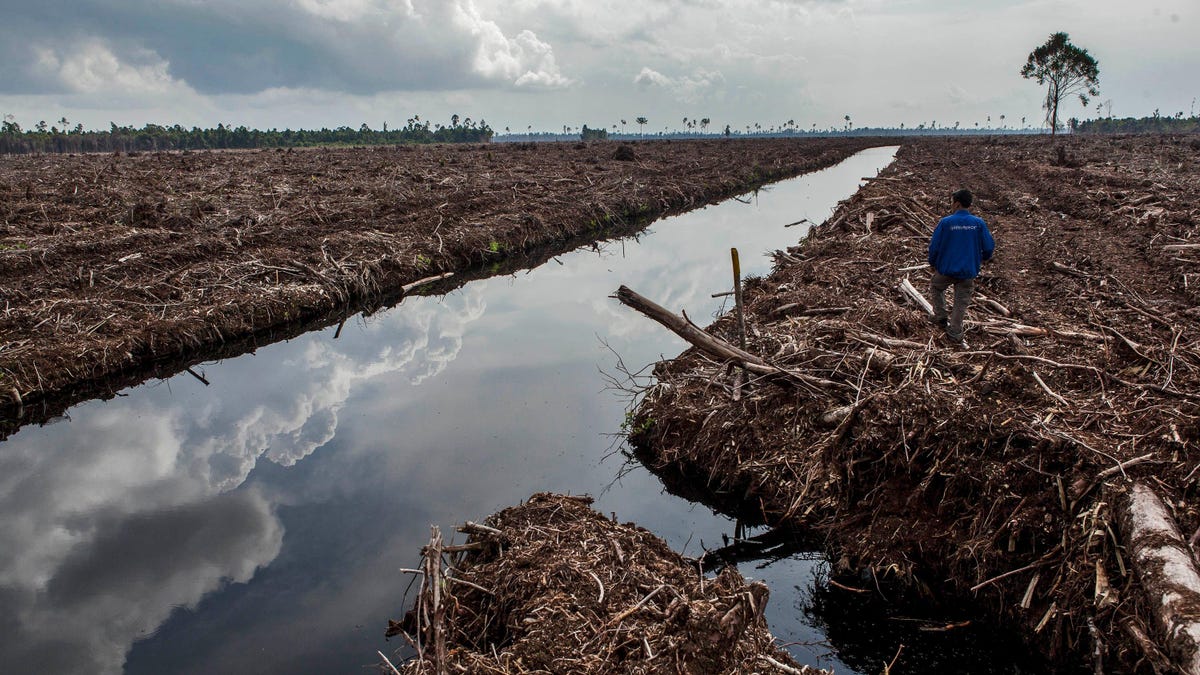 Viscose rayon is often billed as a more sustainable fabric. But a new investigation shows that one of its most popular purveyors is contributing to deforestation in Indonesia.

Satellite images of rainforest in the state of Kalimantan in Indonesia show that one of the world’s largest producers of the fabric that supplies companies like Adidas, Abercrombie & Fitch, and H&M may still be clearing rainforest despite previous pledges to stop deforestation, according to an NBC News investigation.

Viscose rayon is a fabric made from the pulp of eucalyptus and bamboo trees. Since it’s not made from petrochemical products, it’s often billed as a greener option compared to fabrics like polyester and nylon, which are made from oil. The trees can technically regrow, making viscose rayon a better option—in theory—for producing clothing and items like baby wipes and face masks.

But the way these trees are harvested can also do a huge amount of harm. For years, much of the world’s viscose rayon supply has come from Indonesia, where wood suppliers have repeatedly cleared old-growth rainforests to plant trees for rayon. Like palm oil plantations, one of the biggest industrial sources of deforestation in Indonesia, the monocrop planted for viscose rayon production dries out the land, making it susceptible to forest fires; destroys the habitat of endangered species like orangutans; and absorbs significantly less carbon dioxide than the rainforest it replaced. (One study on palm oil plantations published in 2018 found that each hectare of rainforest converted turned into a monocrop releases around the same amount of carbon as a flight of more than 500 people flying from Geneva to New York.)

“You’ve gone from one of the most biodiverse places in the world to what’s essentially like a biological desert,” Earthrise co-founder Edward Boyda, who examined satellite images of the cleared forest for NBC News, said.

The pulp from some of these holding companies taken from Kalimantan is then sent to a sister processing company in China, where the resulting fabric is sold to major brands, according to corporate disclosures seen by NBC.

Indonesia has seen dramatic rainforest loss over the past 20 years, largely driven by palm oil demand. In 2014, a study found that it had the highest rate of deforestation in the world. That deforestation has slowed in the past five years thanks to a number of factors, including government mandates for palm oil producers. The covid-19 pandemic has slowed production as well.

But environmentalists worry that demand for pulpwood for paper and fabric—driven in part by the rise of fast fashion—could drive deforestation back up. Many of the world’s major fashion brands do not disclose the sourcing of their fabrics, adding another layer of opacity to what’s happening on the ground.