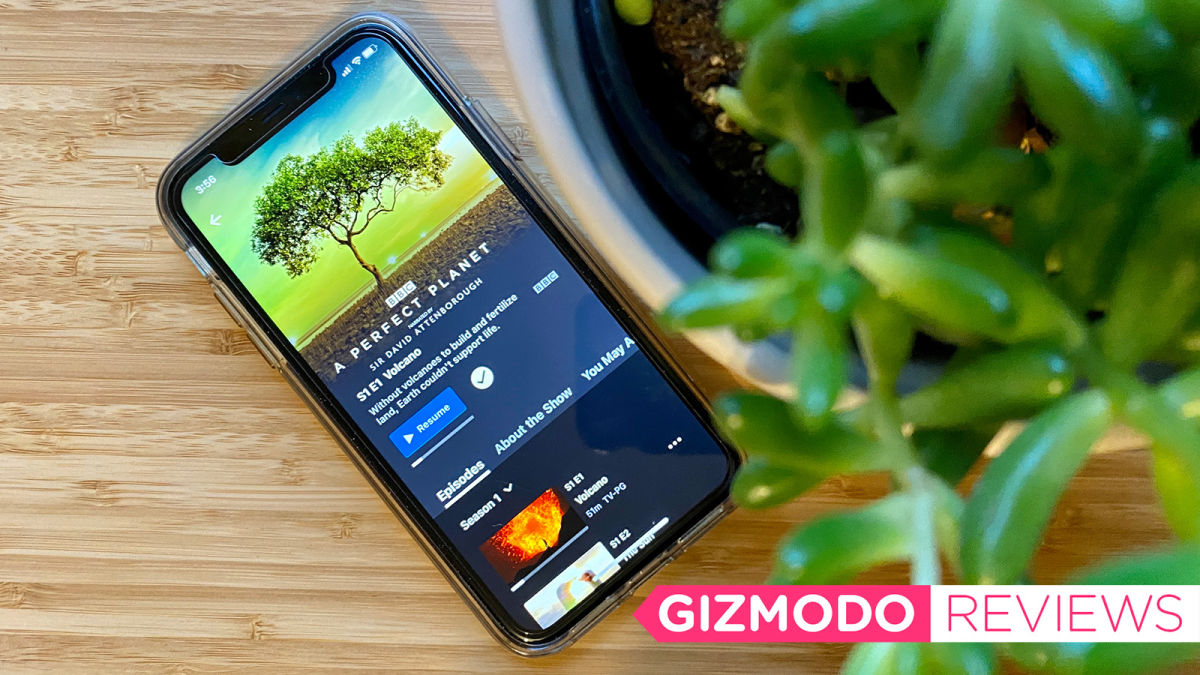 The company’s official entrance into the streaming wars brought all of Discovery’s assets under a single roof, with everything from true crime to reality TV to nature documentaries. Discovery+ is home to tens of thousands of episodes from legacy broadcast channels like HGTV, the History Channel, A&E, Food Network, and more. And it’s not just old stuff, either—Discovery says it plans to bring more than 1,000 hours of original content to the platform in its first year, with more than 50 exclusives available on the service at launch. That’s a fairly good haul of content to offer potential subscribers right out of the gate.

But the service charges for both its ad-free and ad-supported tiers, which cost $5 and $7 per month, respectively. Do you really need to add another paid streaming service to your portfolio, particularly when so many others launched last year? Maybe not. But I’d encourage anyone to give Discovery+ a shot before writing it off. Not only were its natural world originals and exclusives a huge draw for me, personally—as well as all you other David Attenborough heads out there—but Discovery+ delivered an excellent product at launch that will, at the very least, introduce something new to your limited premium content options.

A new streaming service that brings all of Discovery’s brands under one roof.

The sheer volume of its library—there’s something here for everyone.

Content in 4K is a little light and tricky to find.

Now, I’m not sure what your own quarantine content diet has been like, but I’ve survived mostly on mindless reality TV binge-watching (I know, I know) and a lot of documentaries about the natural world and space phenomena. I’ll watch it anywhere I can find it: Netflix, Apple TV, PBS, whatever. If this sounds like you, reader, I have some great news: Discovery+ is a smorgasbord of exactly this kind of thing, thanks to both Discovery’s own assets and exclusive BBC programming, which includes Planet Earth, Blue Planet, Serengeti, and The Mating Game. Attenborough also narrates the Discovery+ original A Perfect Planet, a five-part series from the same folks behind Planet Earth. This alone should be reason enough to at least activate one of multiple free trial offers the service is currently running.

But that’s not everything. I was honestly surprised by how much variety was represented on launch day and how easy it was to find stuff to watch by genre or channel. Homepage rows make finding new originals, featured content, trending series, and your personalized watch list easy. I do wish the service made finding 4K content a little easier. Right now, 4K is limited to a handful of natural world series like Blue Planet II and Planet Earth II on platforms that support it. But we should expect to see more 4K content hit the service eventually—potentially even this year.

In terms of support, Discovery+ had a refreshingly smooth rollout on most major platforms, including Xbox, Fire TV, Roku, Apple, Android, Samsung smart TVs, and Chromecast, including its latest version with Google TV. I am currently testing a Vizio OLED TV, and while I wasn’t able to open the app on the TV itself, I was able to cast Discovery+ to the TV from my iPhone 11. I asked Discovery whether it planned to add support to other smart TVs running proprietary software, including LG and Vizio, and while the company didn’t have anything immediate to share, it sounds like Discovery is working on expanded support.

Each of Discovery’s dozens of brands have their own bubble in a slider on the homepage, as do content categories like lifestyle, adventure and exploration, paranormal and unexplained, documentaries, as well as science and technology, among others. It was immediately clear to me that rather than simply smashing a bunch of seemingly unaffiliated brands together and hoping it works (cough HBO Max cough), Discovery put a lot of thought into organization and design. It just works.

Now, you may be wondering how, with tens of thousands of episodes available at launch, Discovery sorts through all of its various brands and titles to serve you something to watch. The company uses its own proprietary algorithm that takes a number of factors about your watch habits into consideration, and while it does consider page views, the company wouldn’t comment on specifically how its system works. But as far as user-specific content recommendations go, it does help that Discovery+ made user profiles available immediately. Five profiles are supported per account, and the service allows for up to four concurrent streams. That means that one subscription could cover just about everyone in an average household.

And as for its originals? You’ll probably know before you subscribe whether you’re a Chip and Joanna Gaines superfan—and there must be many because Discovery leans into this marital enterprise very hard—or the kind of tinfoil hat-wearing dork who’ll tune in for a new Project Blue Book series (it me). But I was pleasantly surprised at the number of titles I’ll definitely be adding to the watch list that I so desperately need to get me through what’s left of winter. (I am hesitant to admit that these titles include a paranormal joint called Amityville Horror House, but listen, we’re all doing our best right now.)

Discovery+ isn’t going to replace your Netflix subscription, and Discovery’s own leadership has said as much. But Discovery+ is, as CEO David Zaslav described it recently, a “perfect complement” to your primary portfolio of cordcutting solutions. And who knows! It may just surprise you. As streaming launches go, this one is thoughtfully exceptional.