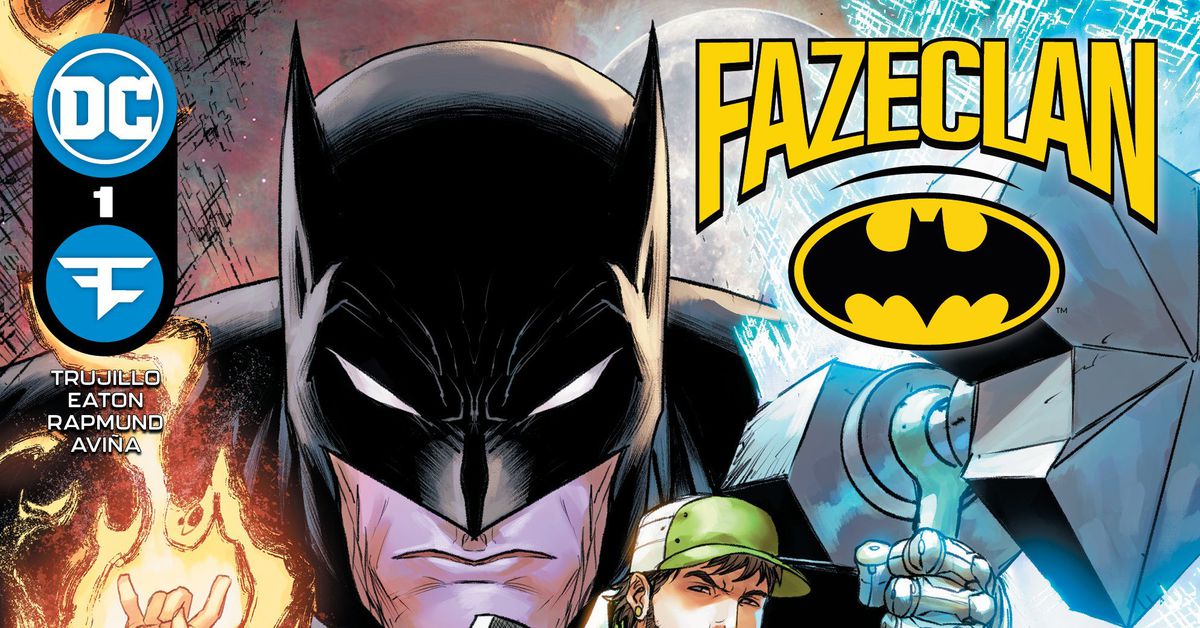 Ahead of DC’s FanDome event next month, the comics company celebrates Batman Day with a slew of superhero-themed items for fans. That includes a new ten-episode scripted podcast on HBO Max, an augmented reality app, and, of course, a limited-edition comic featuring some of the stars of FaZe Clan.

While we didn’t actually see that last one coming, it is a real thing that will be available in comic form on September 24th. According to DC Comics, you can expect to see FaZe Banks, FaZe Apex, FaZe Temperrr, FaZeRain, FaZe Adapt, FaZe Rug, and FaZe Blaze as heroes, all followed by a slew of crossover merch dropping throughout Batman Month.

Fulfilling co-owner Lee Trink’s statement on The Vergecast that he believes “gaming is going to drive culture and lifestyle for this next decade for sure,” FaZe Clan is the first gaming organization to create a comic with DC, and with its own in-house studio, it’s unlikely to stop there. If you can’t wait to mix up your gaming and your comics, don’t forget to check out the six-issue run of Batman: Zero Point released earlier this year. It pulled the caped crusader into the Fortnite universe and provided an unusual peek inside the lore of Epic Games’ battle royale title.

For the Batman augmented reality experience, kids of all ages can install the DC: Batman Bat-Tech Edition app on Android and iOS, now updated with a new mission to mark the event.

If you prefer an audio experience, Batman: The Audio Adventures is available starting today exclusively within HBO Max, the first of many for the service as it adds on scripted audio content. Once the episodes are live, you should be able to find them by searching within the app. It’s not an ideal podcast listening experience, and it will be interesting to see how many people actually seek the episodes out.

According to a press release, it’s written by Dennis McNicholas with inspiration from Batman: The Animated Series and the 1960s TV show. Jeffrey Wright voices Batman, Rosario Dawson is Catwoman, and John Leguizamo appears as The Riddler, while other notable appearances include Chris Parnell, Kenan Thompson, Alan Tudyk, and others. A companion 80-page comic will be released in October.