Courtney Caldwell and her husband Tye have been building the Dallas-based startup ShearShare, which provides a marketplace service connecting stylists with open seats at hair salons, since 2017.

Since their launch the two co-founders have been committed to the humble hustle of starting their own business — including flying between San Francisco and Dallas weekly to participate in the 19th 500 Startups cohort or participating in Y Combinator’s Fellowship program.

Now, with a seed round of $2.3 million and another non-dilutive cash grant from Google for Startups Black Founders Fund, the early-stage company is ready to expand.

The two co-founders certainly have a pedigree in the beauty industry. Tye Caldwell has been a luminary in the industry and is a member-elect of the Professional Beauty Association’s advisory board. Together with Courtney he runs an award-winning salon in Dallas. 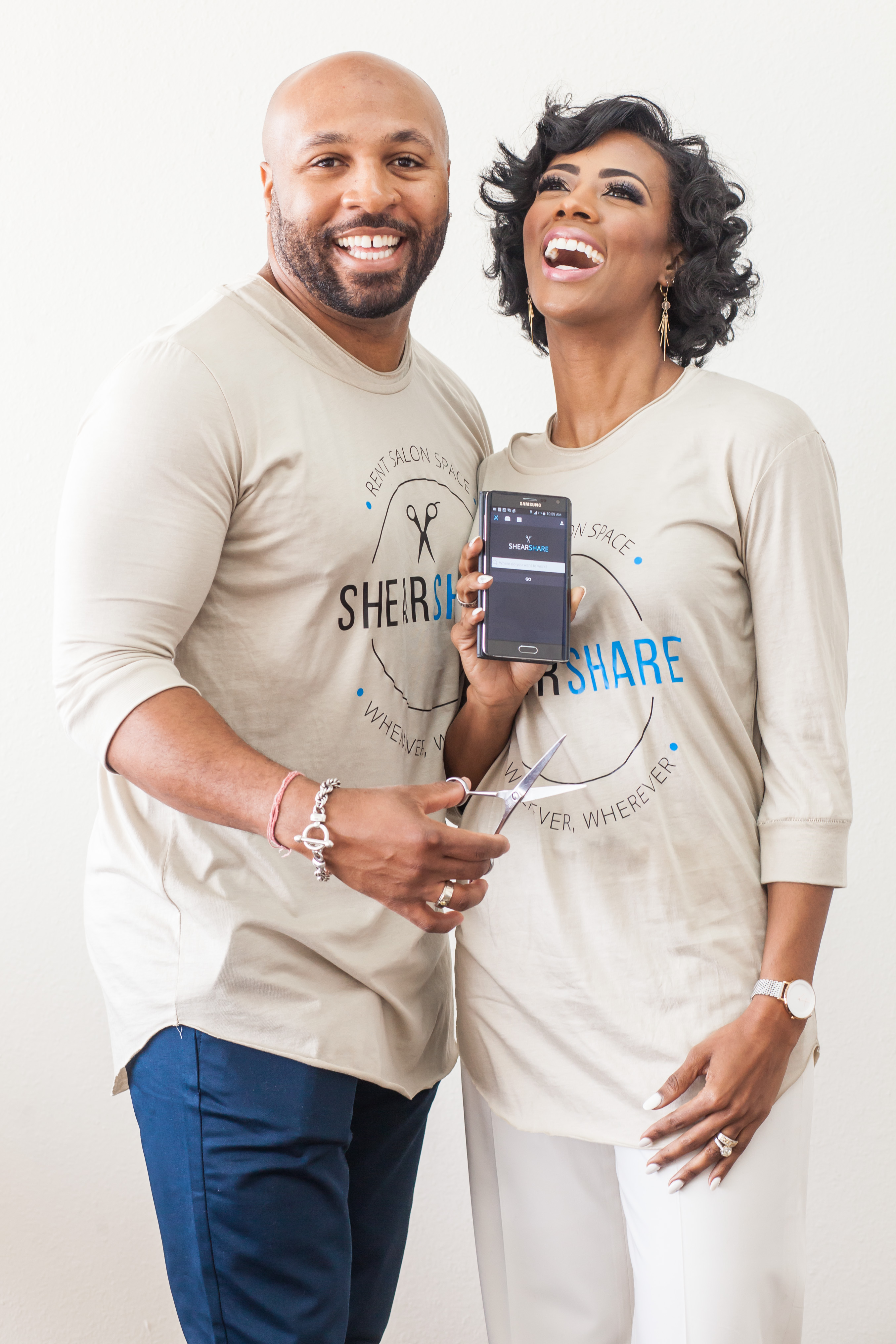 Meanwhile, Courtney Caldwell spent more than 20 years working for Oracle in technology marketing. But the two hadn’t really been exposed to the venture capital industry. So when they came up with the idea to start a service providing online matchmaking between salons and stylists — based on their own need to fill a chair at their salon — they didn’t really no where to turn.

Enter TD Lowe. A longtime investor on her own and with organizations like StartupGrind, Lowe introduced the couple to the world of venture capital and startups, and the two were off to the races.

“We pioneered on-demand barbershop and space rentals,” Courtney said. “If a salon or barbershop has an open station a stylist can book it like they would a hotel room.”

According to the Caldwells, the beauty industry is the second largest industry for freelancers and independent contractors. Unlike other companies that are trying to serve stylists by offering them features like booking and appointments independent of salons — or services for salons alone — ShearShare is trying to serve both sides of the marketplace with the tools they need.

“We’re not a StyleSeat. We’re not a Squire,” said Courtney. What they are is expanding rapidly. The company has listings in more than 600 cities ranging from a chair that rents for $15 in Georgia to one that rents for $569 in the heart of Manhattan in New York City.

The company processes payments for the stylists directly through a partnership with a local payment solution called First American Payments based in Ft. Worth, Texas.

“Everyone is setting their sights on direct-to-consumer,” said Courtney. “This is a way we’re helping to keep people at work and refuel the individual economic recovery.”

The next step for the company is to begin launching more ancillary services for stylists. They’re pioneering an insurance policy for stylists that would cover them from on-the-job lawsuits.

“It’s becoming a huge opportunity for the stylist that just didn’t exist,” said Tye. And it all began when the two Caldwells couldn’t find any options when they searched for any terms related to renting space at a barbershop, they said. “We reached out to a friend and told her about the opportunity that we’d been presented with and she said, ‘Guys… that’s a billion-dollar idea.’ ”

That friend was Lowe — who came in to advise the couple and show them the ropes of startup investing.

It’s at least an idea that’s worth tens of millions. That’s how much the startup Mayvenn has raised for its business providing hair extensions and other cosmetics to stylists.

Now with its new funding, ShearShare is ready to expand, the couple said.

These investors are part of a new breed of investor that’s pushing venture investment into areas that were previously considered beyond the reach of typical firms.

As the chief executive of a beauty and lifestyle startup, Julie Fredrickson told TechCrunch three years ago, “Most of these brands are commensurately underfunded compared to tech companies in similar positions. There’s a chance for a totally new dominant player and no one’s really gunning for it.”

There’s a huge opportunity for businesses serving all aspects of the beauty industry to flourish, entrepreneurs and investors.

“Venture is obsoleting itself as private equity and family offices increasingly go downstream because they’re willing to seek venture-style returns in verticals that venture capital is not prepared or is less educated about,” according to Frederickson.