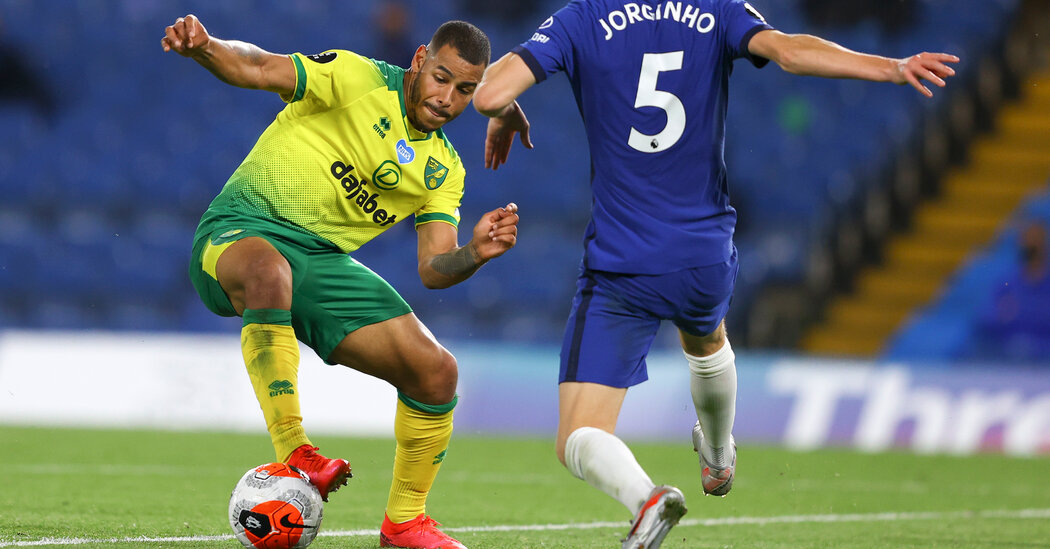 When its campaign to qualify for the 2022 World Cup begins this week, Cuba will use an approach it has not tried in years: fielding many of its best eligible players.

For years, only Cuban players who had contracts with INDER, the country’s governing body for sports, were selected to represent the national team. This month, that will change. Cuba has called in several players who are based abroad — and outside the official Cuban sports system — to play in a set of World Cup qualification matches.

“I didn’t know if I should shout or laugh because there are a lot of conflicting feelings,” said Corrales, who currently plays in a second-tier league in the United States. “The images of many years playing with the national team and all the great moments went through my mind. I think once again participating in those moments will be one of the best experiences I’ve had since arriving here to the United States.”

To outside observers, the overseas-based players fall into a category that is difficult to distinguish from Cubans who walked away from national teams during tournaments abroad or defected elsewhere. But there is an important distinction that makes all the difference to Cuban officials: All of them either left the island with their parents as children, or were given permission by the government to go abroad.

Corrales, for example, was allowed to visit his father in Miami after the 2015 Gold Cup, a major regional championship, and decided to stay after he was granted a five-year visa. He has since played for several teams in Major League Soccer and the U.S.L. Championship, the second division in the United States, including for his current employer, F.C. Tulsa.

Apezteguía is hoping to make his national team debut at age 37. He played in Cuba until he was 24 before leaving to help his father run a bar and restaurant in Spain. After years of laboring in Europe’s smaller leagues (Moldova, Albania and his current home in San Marino are highlights) and hoping to be noticed by Cuban soccer officials, the call finally came.

Hernández, 28, left Cuba when he was a child to move to Germany. He started his professional career in the German second division before moving to Norwich City, which he helped earn promotion to the Premier League in 2019. That summer, he became the first Cuban to play in the Premier League. A few months later, in a match against Manchester United, he became the first Cuban to score a goal in it.

Hernández had expressed interest in representing his country of birth in the past, even accepting an invitation to train with the national team, but suiting up in an official game still seemed impossible until this month.

Vázquez Fernández, a 21-year-old known as CaVaFe, left for Spain with his parents when he was 3. He developed his soccer game there, rising through Atlético Madrid’s academy and training with the first team at times. He has expressed his desire to wear the Cuba jersey for years, but had no timeline in mind.

What none of the players is sure about, though, is why the calls are coming now.

Hernández has had regular contact with Cuba’s manager, Pablo Elier Sánchez, including video chats to get up to speed on the team’s tactics. He and the other players said they felt Sánchez and a handful of other officials had facilitated their call-ups by working for several years to convince soccer and government officials to bring them into the fold.

Sánchez addressed the new faces in a brief airport interview upon arrival in Guatemala on Sunday, saying they would “undoubtedly” strengthen his team.

“They’re players who are playing in important leagues, first-class leagues in the world,” he said. “They’re going to bring a lot when it comes to the results the team can get.”

Cuba has offered no official explanation for its sudden openness to players from outside the national sports system, or if the success of these initial steps might usher in an openness to a prospect that has to date been unthinkable: reinforcing Cuban sports teams with the defectors who represent the elite of the Cuban sporting diaspora, not just soccer players like Osvaldo Alonso and Maikel Chang but potentially baseball stars like José Abreu and Yuli Gurriel.

Messages left with Sánchez, federation officials and INDER were not returned.

The players are hoping they can make a difference. Apezteguía said it had been difficult to watch Cuba’s national team, ranked 180 of 210 FIFA members, and know he could raise its level of play.

“It bothers you a bit because you feel a bit powerless,” he said. “You’re watching it on TV without being able to help or represent your country, fight and give everything on the field. Now that this opportunity is here, we have to think about the present and about this chance we’ve been given.”

Cuba plays both of its first qualification matches in Guatemala, playing the hosts on Wednesday and Curaçao, the favorite to advance to the next round, four days later. But these games could lay the groundwork for a larger Cuban goal: a run at qualifying for an expanded 48-team World Cup in North America in 2026.

Even without a concrete answer about the timing of the decision, Cuba’s reinforcements are optimistic this will be a first step toward the nation’s realizing its potential, especially if Cuba-based players are increasingly allowed to go abroad to try their luck in the world’s best leagues.

“We have so many kids in Cuba that love football, and they want to live the dream that I lived,” Hernández said.