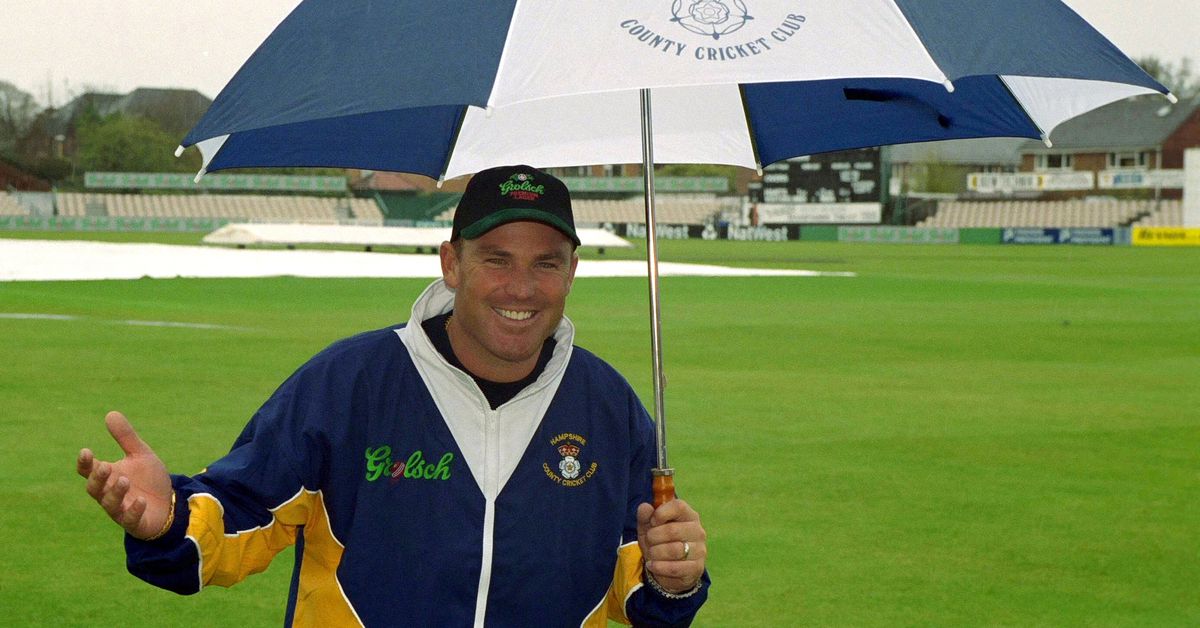 March 5 (Reuters) – Following are reactions to the death of Australian Shane Warne, one of the finest leg-spin bowlers of all time. read more

“He was very kind and he was such a character that was, I think, what Australians loved about him as well. I mean, he knew he wasn’t perfect.

“His life was full of great achievements, but also regrets, and he carried them the same way with an honesty and a humility about it.

“I think people could see a lot of themselves in Shane in that way … but his dedication and professionalism and talent and, you know, as a cricketer that was just unrivalled, he was extraordinary.”

“Shane was a once-in-a-century cricketer and his achievements will stand for all time, but apart from the wickets he took and the games he helped Australia win, what he did was draw so many people to the sport.

“So many of us in the playing group grew up idolising him and fell in love with this great sport as a result, while many of our support staff either played with him or against him.

“It has been a terrible couple of days for Australian cricket with the passing of Rod Marsh and now Shane.”

“Losing Rod and Shane over the last couple of days has been very sad and our thoughts go out to the family and friends. They were two icons of the game who made massive impacts and certainly their mark has been left.”

“Saddened to learn of the sudden passing of cricketer Shane Warne, a bowling genius who took the art of leg spin to new heights. He will be missed across the cricketing world.”

“Hard to put this into words. I first met him when I was 15 at the academy. He gave me my nickname. We were teammates for more than a decade, riding all the highs and lows together.

“Through it all he was someone you could always count on, someone who loved his family. Someone who would be there for you when you needed him and always put his mates first. The greatest bowler I ever played with or against.”

“The cricket world has lost a great, a generation has lost a hero and many of us have lost a mate and confidant whose friendship and kindness will be with us forever. We will all miss him so much.”

“Just absolutely devastated today. Warnie was larger than life. I thought nothing could ever happen to him. He lived more in his life than most people would live in 20. He was the ultimate competitor.

“He thought the game was never lost, that he could turn it around and bring us to victory, which he did so many times. I think he lived his life the same way. There seemed to be never a dull moment.”

“He was a true legend of the game, who changed the landscape of cricket by reviving the art of leg-spin.

“His larger-than-life personality, extraordinary skill and immense cricketing intellect ensured fans were glued to their seats whenever he was involved in a game.”

RAJASTHAN ROYALS, THE IPL TEAM WARNE LED TO THE 2008 TITLE

“Shane Warne. The name stands for magic. Our first Royal; a man who made us believe that impossible is just a myth. A leader who walked the walk, talked the talk, and turned underdogs into champions. A mentor who turned everything he touched into gold.

“We’re completely heartbroken, as are millions of cricket fans all around the world. Warnie, you’re forever going to be our captain, leader, Royal. Rest in peace, legend.”

“It came out of nowhere, to be honest. Life is so unpredictable and fickle, we need to be grateful for all the moments we’re alive. Him passing at 52 was unexpected, he’s gone too early. I stand here in disbelief and shock.

“I got to know him off the field as well. He was an honest, upfront man. He lived life king-size. For me, he’s the greatest spinner to have ever played the game. He’ll surely be missed.”

“I literally don’t know how to sum up this situation. My friend is gone!! We have lost one of the greatest sportsmen of all time!”

“He was a pretty life-loving person. You’d be hard pressed to find a more caring, loyal, generous person than him. He gave his time to pretty much every cricketer that came through.

“He saw every leg spinner that was playing international cricket, state cricket when he was commentating, he’d be out there helping them out. He inspired multiple generations of players wanting to be Shane Warne. That’s the legacy he’s going to leave.”

“As a kid growing up, he was a massive idol of mine. Someone you wanted to emulate the way he could win a game on his own, his skill level was incredible. To have had the opportunity to get to know him a little bit it was deeply saddening to hear the news.”

“I was deeply saddened to hear the sudden demise of one of the greatest cricketers the world has ever seen.

“As many people know, Shane and I had a very confrontational and a competitive relationship on the field, but we also had immense mutual respect for each other.

“Shane’s passing is a major loss, not only for Australian cricket, but also for the cricketing community around the world.”

“Unbelievable. I am shocked to the core. This can’t be true… There are no words to describe what I feel right now. A huge loss for cricket.”

“I’m so saddened by the sudden death of Shane Warne. He brought such joy to the game and was the greatest spin bowler ever.”